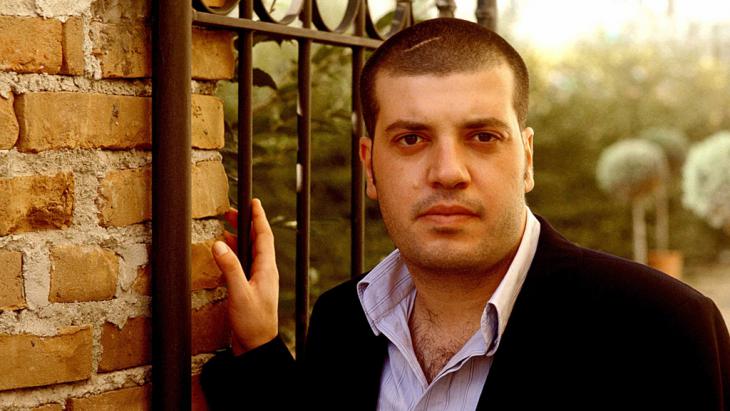 The book, in lively translation by Ralph Mandel, is made up of selected columns Kashua wrote for Israel′s Haaretz newspaper between 2006 and 2014. For those wary of the newspaper-column genre: these are neither tedious chats with taxi drivers nor grandiose pronouncements on the state of the world. Most are semi-autobiographical short stories about Kashua and his family.

We get miniature portraits of the Kashua family every few weeks – stitched together – so we witness his children bulging inside his wife′s belly, howling as infants, having swim and piano lessons, struggling with homework and bullies, while Kashua himself grows greyer and more keenly suspicious of himself and the world around him.

Many of the columns have the larger-than-life feeling of a TV sitcom. Kashua fashions himself as a chain smoker and heavy drinker, a clumsy husband with an overworked and underpaid wife, a bumbling dad, and an out-of-shape slob who′d love to impress cute younger women. He relies a bit too much on male boorishness for laughs. But for the most part, it′s family comedy.

For this reason, the deft social criticism goes down particularly easy. Kashua expertly loosens us up with light humour about the dissonances of daily life before he sneaks in examinations of Palestinian and Israeli society.

His wife and children provide a lot of the laughs. When he buys an airplane-sized bottle of whisky, his then-young daughter asks, ″Why is the bottle small? Is it for kids?″ Later, as his daughter complains about practising the piano, Kashua says he doesn′t make her practice ″heaven forbid, because I wanted her to be a pianist, but because I wanted her to be one of those white people who, when they grow up, complain about how their parents made them play an instrument.″ 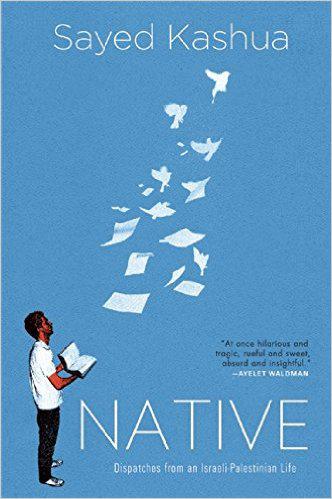 Semi-autobiographical: ″we get miniature portraits of the Kashua family every few weeks... witness his children bulging inside his wife′s belly, howling as infants, having swim and piano lessons, struggling with homework and bullies, while Kashua himself grows greyer and more keenly suspicious of himself and the world around him,″ writes Lynx Qualey

Kashua′s life and style change over the course of the columns, as he goes from being a local columnist to an internationally celebrated novelist to a glitterati sitcom writer to teaching at a university in the US.

Throughout, we get to see small re-inventions of self. And, since the columns were written at different times, these personal changes aren′t obscured by an overarching grand narrative.

The individual columns are structured like short-short stories, yet they avoid easy epiphanies. The columns often straddle a space between sitcom writing and experimental fiction. There is a 2007 column, ″The Bicycle,″ that has a very ordinary opening.

Kashua is meant to get some exercise, which is a big deal for a hard-drinking chain-smoker. ″I parted from my family as though I were about to embark on a pilgrimage by camel all the way through the desert to Mecca, and I was on my way.″

It′s an unexpectedly pleasant walk. But it veers off in a different direction as Kashua sees a Palestinian boy being harassed by Israeli police over the boy′s new bicycle. What′s worse, the officer and the boy don′t share a language.

The policeman turns around, asking if anyone knows Arabic and we expect Kashua to step in. And yet, ″I shook my head, got up from the bench, and ran as I′ve never run before, all the way home.″

In fleeing the scene, Kashua does something magical: he refuses to resolve the situation. Instead of doing something – anything – he leaves the boy entirely in the reader′s hands. The boy is our responsibility now.

Throughout, Kashua addresses politics at a slant. He doesn′t talk about the municipal services available in East (Christian and Muslim) vs. West (Jewish) Jerusalem. But after Kashua moves across town to a Jewish neighbourhood, he expresses comic shock at the water pressure and the lack of power cuts.

He also gives a drolly funny account of going to report that his car has been egged, then his screens ripped and egged, both presumably hate crimes. Police attitudes shift dramatically after Kashua mentions that he′s a journalist with Haaretz. The officer who ultimately takes his report is helpful and kind, insisting that Kashua call for assistance at any time. Meanwhile, on TV, a football match has just finished:

″′Thank you,′ I said, and shook his [the policeman′s] hand. We both looked at the celebrations on the television screen. The fans and players of the victorious team from the country′s capital were celebrating the winning of the cup, dancing and singing ′Death to the Arabs! Death to the Arabs!′″

There are a few places where Kashua directly talks politics. But even in his ″Revolutionary Peace Plan,″ he doesn′t fall completely out of form. Kashua′s revolution will create a democratic single state, but he also salts in important bullet points like ″Playing matkot (paddleball) will be prohibited on all the beaches in the country″ and ″A fine will be levied on anyone who sends a package knowing that it will not fit into the mailbox and that the recipient will get a note forcing him to go to the post office.″

The book ends as Kashua packs up to leave Israel, fighting, then making up with his nearly fourteen-year-old daughter. It is a poignant end to a collection that begins, startlingly, with a column Kashua attributes to his wife. In that first column, the wife character complains angrily about how he uses and misuses material about the family. And indeed his family′s grace, in being part of this collection, is something that probably cannot be sufficiently appreciated.

It is possible to write about the Holocaust and the crimes of colonial powers without downplaying anything. In her latest book, Charlotte Wiedemann focuses on the numerous blind ... END_OF_DOCUMENT_TOKEN_TO_BE_REPLACED

The Palestinian militant organisation Hamas, with Hezbollah's help, is building up a military presence in Lebanon, the ultimate consequences of which could be devastating, writes ... END_OF_DOCUMENT_TOKEN_TO_BE_REPLACED

With his fist bump greeting for a man he previously called a pariah, US President Biden has paved the way for Saudi Crown Prince Mohammed bin Salman's return to the international ... END_OF_DOCUMENT_TOKEN_TO_BE_REPLACED

Asked about the Shoah, Palestinians often bring up the Nakba, the displacement of Palestinians associated with the founding of the state of Israel. An Israeli Holocaust researcher ... END_OF_DOCUMENT_TOKEN_TO_BE_REPLACED

Foresight is needed to turn the tide of German policy. Being independent of Russia must not lead to dependence on authoritarian regimes in the Middle East. By Kristin Helberg END_OF_DOCUMENT_TOKEN_TO_BE_REPLACED

For many years, world-famous conductor Zubin Mehta has worked tirelessly to strengthen relations between Arabs and Jews, sponsoring projects such as "Road to Recovery", which is ... END_OF_DOCUMENT_TOKEN_TO_BE_REPLACED
Author:
Marcia Lynx Qualey
Date:
Mail:
Send via mail

END_OF_DOCUMENT_TOKEN_TO_BE_REPLACED
Social media
and networks
Subscribe to our
newsletter