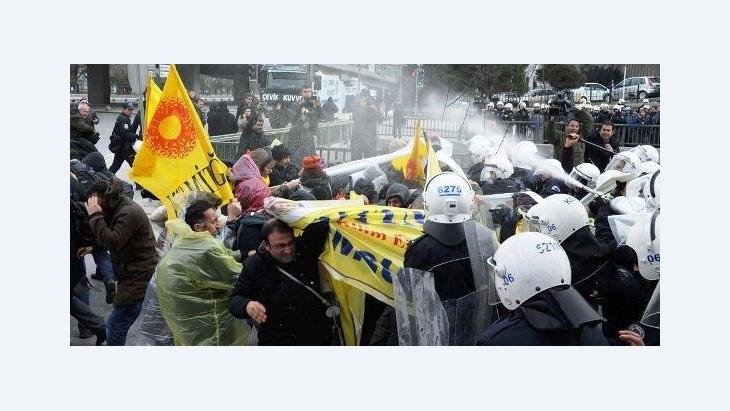 ﻿Emotions have been running high in Turkey since the government pushed through a controversial school reform bill earlier this year. Prime Minister Tayyip Erdoğan has said that the goal of the reform was to raise a "religious youth". Sonja Galler reports from Diyarbakır

﻿4+4+4 is not just a relatively simple arithmetic exercise, but also the name of a school reform act recently passed in Turkey. The move triggered heated debates, large-scale demonstrations in Ankara and, quite literally, scuffles among parliamentarians. These reactions show that this is not just about restructuring the school day, but that once again, the balance of power in Turkey is under negotiation.

First of all, a few facts: up to now, eight years of primary education were compulsory in Turkey. Then, depending on exam results and the decision of the individual, four further years could be spent at a secondary or vocational school.

The "4+4+4" reform aims to introduce 12 years of compulsory education: four years of primary school, four years of intermediate-level school and four years of high school. The last third can be absolved at a regular secondary school, a vocational school or via a correspondence course.

At this point in time, it is not yet clear who will be allowed to study at home in the future. While Turkish Education Minister Ömer Dinçer insists that this is an exemption clause for sick children or prisoners, the general public suspects that this is part of a stealthy concession to conservative families who would rather keep their daughters at home during school hours, far away from all temptations.

"4+4+4 = child brides, assimilation, and child labour": members of the opposition and teachers' unions are very concerned about the education reform planned by Erdoğan's government and fear the growing influence of religion on the education system

​​One of the other changes affects the curriculum and involves optional subjects from the fifth grade, which also include "Koran Studies" and the "Life of the Prophet Mohammed".

Proposed subjects, such as "Ethics" or "Character Development", raise the question as to whose moral approach is to be conveyed and how. Moreover, as the choice of optional subjects effectively depends on which teachers are available or appointed, it is easy to deduce which subjects can expect more promotion in future – and these are unlikely to be chess and performance art.

There won't be any more clarity until after the long summer holidays, when the major restructuring programme is due to be implemented, although few dare to venture any information on how this challenge will be met as far as personnel and infrastructure are concerned.

The declared goals to date are flexibility and – as Prime Minister Tayyip Erdoğan put it – the raising of a "religious youth", a formulation that has been very much taken at face value seeing as the AKP has in recent weeks given public consideration to the legalization of marriage before the end of compulsory schooling and measures that would tighten the existing abortion law. Turkey, quo vadis? A question many people are surely asking themselves at present. 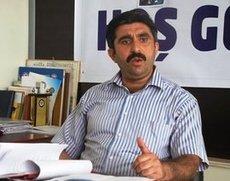 Yunus Memiş feels that the government is on the right track and is even in favour of setting up separate state schools for girls and boys.

​​All observers are in agreement on one point: at the heart of the reform is the rehabilitation of the intermediate-level secondary school and the associated upgrading of İmam Hatip schools. Up to now, anyone wanting to give their children a religious upbringing sent them to these institutions, which were founded in 1951 as vocational schools for preachers and Koran teachers, among others. In addition to the mandatory curriculum, they also offer Arabic, as well as Islamic and Koran Studies.

In order to properly understand the current reform plans, it is important to know that in the package of educational reforms passed following the "postmodern" military coup of 1997, efforts were made to restrict the influence of the İmam Hatip schools. In order to reduce the number of pupils in attendance, there were calls to extend compulsory education from five to eight years. This abolished the intermediary level that made it possible for students to switch to an İmam Hatip school or another vocational school after the fifth grade. As a consequence of those reforms, pupils could only attend an İmam Hatip school after the ninth grade, a measure that caused a steep drop in student numbers. The current reform drive aims to reverse this move. The AKP itself calls the "4+4+4" a response to the events of 1997.

Yunus Memiş, of the conservative teaching union Eğitim Bir-Sen, holds a similar view: "The reform eliminates the effects of 1997," he says. Of course, he continues, people are happy that this will give the religious branch of society a boost, and the government's reforms come in response to a profound need within Turkish society.

He would personally go a step further and introduce separate schools for boys and girls. There's a poster hanging up next to his desk showing a schoolboy nimbly ascending the steps of the new school system.

But at the present time, few share Memiş' enthusiasm for the reform. Opposition parties, the education faculties of major private universities and teachers' unions are angered that the reform was not preceded by any significant public or parliamentary debate, and that the AKP single-handedly hammered out the reform, which was not mentioned in the party's 2011 election manifesto, and passed it in great haste. 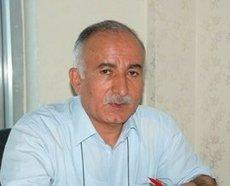 According to Kasım Birtek, not only does the reform neglect to foster independent, critical minds, it also ignores the real problems in the Turkish school system

​​"Neither educational experts nor civil society groups were consulted," says Kasım Birtek from the teacher's union Eğitim-Sen: "This is an undemocratic procedure that leaves us deeply unsettled." Birtek is also disconcerted by the thought of offering more religious education in state schools: "The state should behave objectively in religious matters and leave it up to individuals to decide how they educate themselves in religious matters." Allowing the state to organize and control religious education gives rise to the suspicion that religion is primarily being used as an instrument, he says. "Our society reacts sensitively to religious issues, and it's only too easy to exploit this to one's own ends," says Birtek.

Birtek goes on to say that redistributing children after just four years at primary school is also problematic. He fears that this could lead to an exacerbation of social differences, and he is not alone, not least because in order to move upwards through the school system, Turkish children must sit numerous exams that determine the quality and type of the next stage of their education. He also fears that it will be problematic for Kurdish pupils, who often struggle with the working language, Turkish, until the end of the primary school period, and for whom this could represent a key disadvantage.

Underpaid teachers, overfull classrooms, frontal teaching that allows little scope for independent work and the development of critical thinking, as well as a profusion of external examinations – these are the issues that needed to be tackled and that are left almost untouched by this reform.

END_OF_DOCUMENT_TOKEN_TO_BE_REPLACED
Social media
and networks
Subscribe to our
newsletter