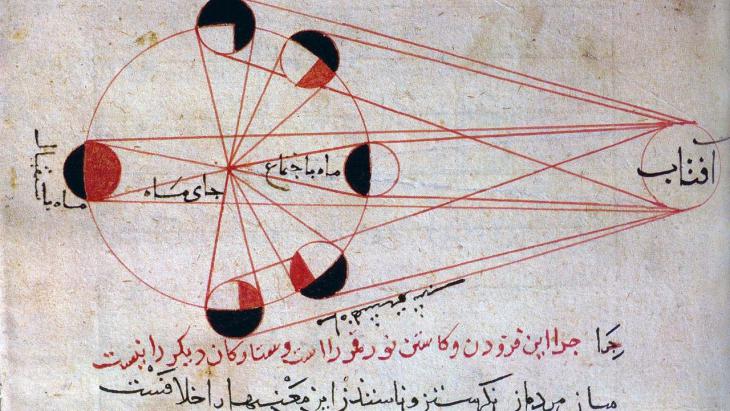 Science and research in the Islamic world

Rebuilding the Muslim House of Wisdom

Muslim governments know that economic growth, military power, and national security benefit greatly from technological advances. Many of them have sharply increased funding for science and education in recent years. And yet, in the view of many – especially in the West – the Muslim world still seems to prefer to remain disengaged from modern science. By Jim al-Khalili

These sceptics are not entirely wrong. Muslim-majority countries spend, on average, less than 0.5% of their GDP on research and development, compared with five times that in the advanced economies. They also have fewer than ten scientists, engineers and technicians per thousand residents, compared to the global average of 40 – and 140 in the developed world.

And even these figures tend to understate the problem, which is less about spending money or employing researchers than about the basic quality of the science being produced.

Science as a Western construct

To be sure, one should not be overly hasty in singling out Muslim countries for criticism; even in the supposedly ″enlightened″ West, an alarmingly high proportion of the population regards science with suspicion or fear. And yet, in many parts of the Muslim world, science faces a unique challenge; it is seen as a secular – if not atheist – Western construct. 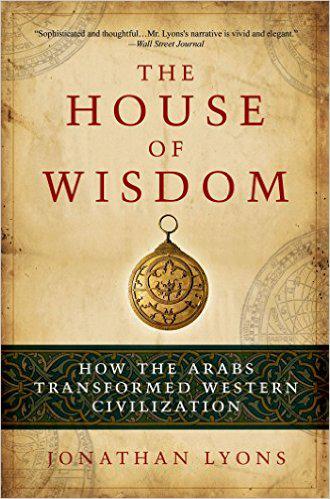 Jim Al-Khalili clearly demonstrates in his accessible book "The House of Wisdom: How the Arabs Transformed Western Civilization", that scientists from the Islamic world played a great role, one to which modern Arab societies pay little heed

Too many Muslims have forgotten – or never learned about – the brilliant scientific contributions made by Islamic scholars a thousand years ago. They do not regard modern science as indifferent or neutral with respect to Islamic teaching. Indeed, some prominent Islamic writers have even argued that scientific disciplines such as cosmology actually undermine the Islamic belief system.

According to the Muslim philosopher Osman Bakar, science comes under attack on the grounds that it ″seeks to explain natural phenomena without recourse to spiritual or metaphysical causes, but rather in terms of natural or material causes alone.″

Bakar is of course entirely correct. Seeking to explain natural phenomena without recourse to metaphysics is exactly what science is about. But it is difficult to think of a better defence of it than the one offered almost exactly 1,000 years ago by the 11th-century Persian Muslim polymath Abu Rayhan al-Biruni. ″It is knowledge, in general, which is pursued solely by man and which is pursued for the sake of knowledge itself, because its acquisition is truly delightful and is unlike the pleasures desirable from other pursuits,″ al-Biruni wrote. ″For the good cannot be brought forth and evil cannot be avoided, except by knowledge.″

Fortunately, a growing number of Muslims today would agree. And, given the tension and polarisation between the Islamic world and the West, it is not surprising that many feel indignant when accused of being culturally or intellectually unequipped for competitiveness in science and technology. Indeed, that is why governments across the Muslim world are increasing their R&D budgets sharply.

But throwing money at the problem is no panacea. Scientists do require adequate financing, of course, but competing globally requires more than just the latest shiny equipment. The entire infrastructure of the research environment needs to be addressed. That means not only ensuring that laboratory technicians understand how to use and maintain the equipment, but also – and far more important – nurturing the intellectual freedom, scepticism and courage to ask heterodox questions on which scientific progress depends.

If the Muslim world is to become a centre of innovation again, it is useful to recall the Islamic ″golden age″ that stretched from the eighth century well into the fifteenth.

For example, the year 2021 will mark a millennium since the publication of Ibn al-Haytham′s Book of Optics, one of the most important texts in the history of science. Written more than 600 years before the birth of Isaac Newton, al-Haytham′s work is widely regarded as one of the earliest examples of the modern scientific method. 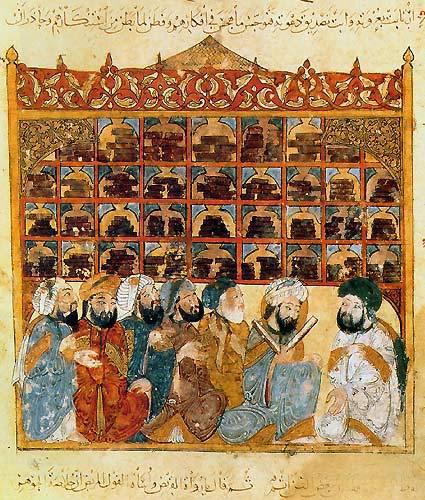 The scientific legacy of the Abbasid dynasty: among the most famous of this era′s intellectual epicentres was Baghdad′s House of Wisdom, at the time the largest repository of books in the world. Historians may bicker over whether such an academy truly existed and what function it served; but such arguments are less relevant than the symbolic power it still holds in the Islamic world

Among the most famous of this era′s intellectual epicentres was Baghdad′s House of Wisdom, at the time the largest repository of books in the world. Historians may bicker over whether such an academy truly existed and what function it served; but such arguments are less relevant than the symbolic power it still holds in the Islamic world.

When Gulf state leaders talk about their multi-billion-dollar visions of creating a new House of Wisdom, they are not concerned about whether the original was just a modest library that a caliph inherited from his father. They want to reanimate the spirit of free inquiry that has been lost in Islamic culture and that urgently needs to be recovered.

Overshadowed by civil war and the Arabellion

To achieve that, daunting challenges remain to be overcome. Many countries devote an unusually large share of research funding toward military technology, a phenomenon driven more by geopolitics and the unfolding tragedies in the Middle East than by a thirst for pure knowledge.

The brightest young scientists and engineers in Syria have more pressing matters on their minds than basic research and innovation. And few in the Arab world are likely to view advances in Iranian nuclear technology with the same equanimity as developments in Malaysia′s software industry.

But it is nonetheless important to recognise how much Muslim countries could contribute to humankind by nurturing once again the spirit of curiosity that drives scientific inquiry – whether to marvel at divine creation or just to try to understand why things are the way they are.

Jim al-Khalili, born 1962 in Baghdad, is a British professor of theoretical nuclear physics

Home
Print
Newsletter
More on this topic
''The House of Wisdom'' by Jim Al-Khalili: The golden age of learning in the Arab-speaking worldCulture and education in the Islamic world: The lonely Arab crowdTaha Hussein and the democratisation of education in Egypt: The sea of knowledge
Related Topics
Economy, Education, History of Islam, Islam and the West, Science
All Topics

"The people aren’t ready for democracy" has been the constitutional basis for Arab tyranny, its favourite slogan and its sacred narrative for more than a century. Yet, asks Khaled ... END_OF_DOCUMENT_TOKEN_TO_BE_REPLACED

A new global database shows a significant gap in reported COVID-related deaths, suggesting the actual worldwide death toll is short by at least 1 million. That's due in part to ... END_OF_DOCUMENT_TOKEN_TO_BE_REPLACED

Two decades after the attacks of 11 September 2001, the West faces the shattered debris of its failure – not only in Afghanistan, but also in Iraq, Syria, Libya and Yemen. What ... END_OF_DOCUMENT_TOKEN_TO_BE_REPLACED

The coronavirus pandemic has turned lives upside down all over the world. In the Middle Ages, however, people lived with epidemics all the time. The best and most famous ... END_OF_DOCUMENT_TOKEN_TO_BE_REPLACED

In Ancient Egypt, the pharaohs had "solar boats" built to take them into the afterlife. One of these boats was discovered in 1954. It has now been moved to the Grand Egyptian ... END_OF_DOCUMENT_TOKEN_TO_BE_REPLACED

Attracting little attention from the world at large, Egypt's military regime has been mercilessly going after dissidents. Now, the first executions of prominent members of the ... END_OF_DOCUMENT_TOKEN_TO_BE_REPLACED
Author:
Jim al-Khalili
Date:
Mail:
Send via mail

END_OF_DOCUMENT_TOKEN_TO_BE_REPLACED
Social media
and networks
Subscribe to our
newsletter