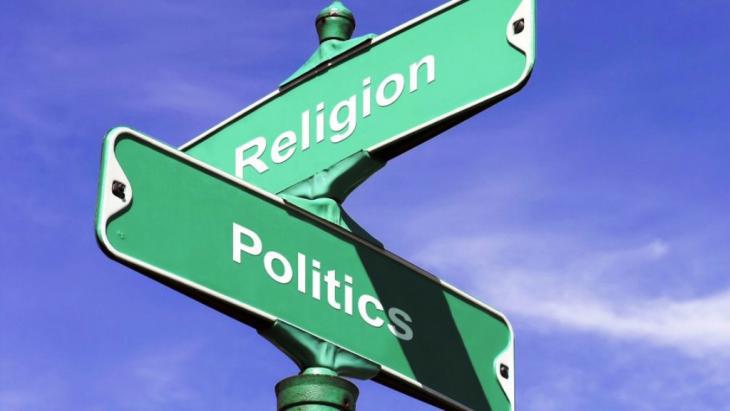 In the second part of his essay on secularism in the Islamic world, Saudi analyst Khalid al-Dakhil addresses the ready confusion, found particularly in Islamic writings, of secularism as a concept and separating religion and the state as a legal-political reality. What is the difference?

Before we try to answer this question, there is another historical aspect associated with the Islamic experience that is pertinent to this discussion: were the Islamic states that came after the first four ″rightly guided″ caliphs familiar with the concept or practice of separating religion and the state, or not?

This question can neither be answered on the assumption that secularism means separating religion and the state – nor the opposite. If we answer the question by saying that the Islamic states were unaware of any form of separation between the state and religion, then that answer implies that there is no difference in this respect between any of the Islamic states known to history, from the Prophet Muhammad's state in Medina to present times.

And by extension, that means there was no difference between the Medinan state on the one hand and the Umayyad state, the Abbasid state, the Buyid sultanate, etc. on the other. This is directly at variance with logic and incompatible with the reality of history, or the real state of affairs in those states.

On the other hand, if we answer the question by saying that the states that came after the first four caliphs were familiar with separating the state and religion, even if the extent of separation varied from one state to another and from one historical period to another, then that means that secularism was a feature that these states were aware of – and that there was no difference between them in this respect. This is also at odds with the actual circumstances. 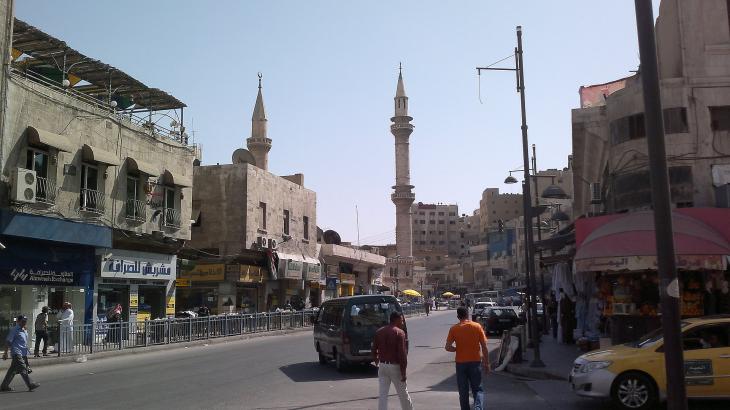 The state as a worldly political institution: "the responsibility of the state is restricted to providing services, maintaining law and order – and protecting rights. In this respect, the state may influence the plans, opportunities and prospects of individuals or groups in this world, but it does not have the slightest influence over anyone's prospects in the next life," writes al-Dakhil

In other words, the text cannot be read in a single consensual way. On the contrary, it is liable by its nature to multiple readings and interpretations, which vary depending on who is interpreting it and according to time and place. That is why, once they haved passed through the foundational stage, religions always sub-divide into multiple different doctrinal and legal schools. Sects and denominations consequently arise, although all these schools of thought are based on the same authority – in the case of Islam, primarily the Koran and secondly, the sayings and practices of the Prophet.

The difference between religion and the state is obvious, though there is clearly a reluctance to face up to it and understand it properly. Religion is concerned with preparing humans for the next life and improving their conduct in the here and now. Religion is a matter of faith and ethics that is based on a transcendental dimension that cannot be seen or measured. It expresses itself primarily through worship.

Personal relationships and their moral aspects in particular are also a reflection of religion. But in religion, the probity or acceptability of acts of worship or deeds towards other people depends on intention:  ″Acts are judged by intentions; every man is accountable for what he intends. 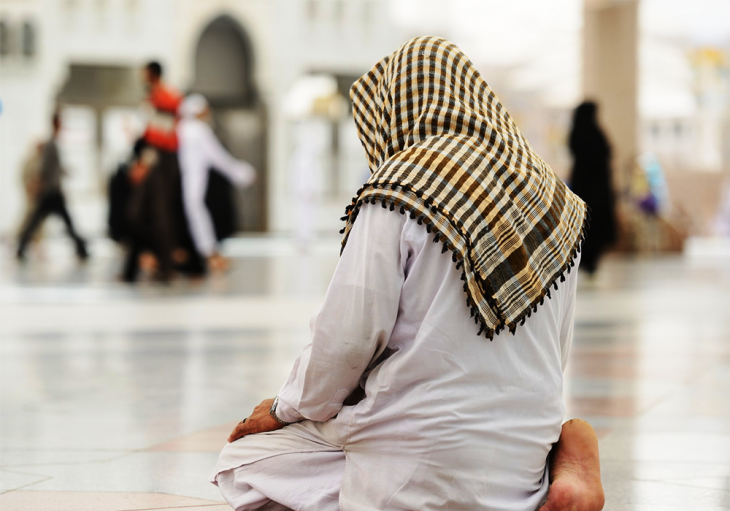 Faith and ethics: "religion is concerned with preparing humans for the next life and improving their conduct in the here and now. Religion is based on a transcendental dimension that cannot be seen or measured. It expresses itself primarily through worship," writes al-Dakhil

But intention is intangible and only God and the person who acts knows what that may be. It is precisely this, which proves that religion is essentially an impenetrable relationship between one human being and God, not between the community and God. It is impenetrable, because no one but God has access to it or can discover its nature, either in this world or in the next.

As for the state, it is a worldly political institution that is concerned exclusively with managing the worldly affairs of the community and regulating competition and conflict between the various sectors of society. The responsibility of the state is restricted to providing services, maintaining law and order – and protecting rights.

Worldly versus the Other Worldly

In this respect, the state may influence the plans, opportunities and prospects of individuals or groups in this world, but it does not have the slightest influence over anyone's prospects in the next life. The state does not have the power to award individuals certificates of good behaviour, for example, designed to argue their case when they die and face the Day of Judgement.

So the state may have the right to intervene in the worldly choices that individuals or groups of people make, based on society's security requirements or the demands of law and order, but it does not have the right to intervene in people's religious choices. Firstly, because it does not set the rules or criteria for such interventions and, secondly, because such an intervention would not have any effect on the outcome in the next world anyway.

Were the state to intervene for any reason, the motive for its intervention would be worldly, rather than religious. Such intervention might even conflict with verses of the Koran, such as when God says, ″You are not to manage men's affairs″, or ″You have your religion, and I have mine,″ or ″Whoever wants to believe, let him believe. And whoever wants not to believe, let him not believe,″ or ″If your Lord wanted, everyone on Earth would believe, so are you going to force people to believe?″ 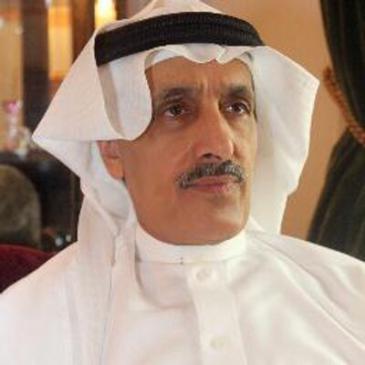 The difference between religion and religiosity is obvious and relates to the difference between the text and the reading of the text. The fact that the Islamic faith is a revealed text – God's word in the Koran – is one thing, but once it enters the human domain through revelation, it is an autonomous text just like any other.

What is also obvious is that this religion, or the religious text and its interpretation and the way religious people adapt it, is affected by many aspects of their personalities and circumstances – such as their intelligence, imagination, memory, whims and inclinations, as well as the circumstances of their religiosity, such as external coercion, relationships and alliances, ambitions, poverty or wealth, or their own personal concerns.

Meaning a unique product of circumstance

The dominant meaning, in fact the only meaning that religious people can see, is the human meaning as imposed by their dispositions, their capabilities and their individual circumstances as human beings – a meaning whose features are determined at a particular moment in time and in the context of particular circumstances.

Hence this understanding cannot be the same for all religious people in all places and at all times. On the contrary, their understanding of religiosity will likely differ according to differences in time and place.

The most famous example in Islamic writings is the case of Imam al-Shafe'i, whose outlook on religious law changed after he moved from Iraq to Egypt. There are other examples too, such as the changes that salafism has undergone since the time of Imam Ahmad ibn Hanbal.

These differences between the nature of religion and the state, between a text and how the text is read, between religion and religiosity have created distance between such concepts and their implications that cannot be ignored or belittled. These differences and the distance they generate have ensured varying degrees of separation between the state and religion in all the Islamic states to succeed the first four caliphs. As a result, the Islamic state has never been a dominant feature in Islamic history, yet, as I mentioned earlier, neither were these states secular.

In which case, what form did the separation of religion and the state take – and why were those states not secular?

Home
Print
Newsletter
More on this topic
Secularism in the Islamic world: Part I - It's a knotty problemInterview with Soheib Bencheikh: Islam and SecularismThe Arab Islamists and Erdogan's Turkish Islam: Secularism as a protector of religion
Related Topics
Enlightenment, Ennahda movement, History of Islam, History of the Near and Middle East, Islam and democracy, Justice and Development party (Morocco), Justice and Development party (Turkey), Secularism in the Islamic world
All Topics

Twelve million Syrians are dependent on humanitarian aid, a sombre figure that conceals much suffering and high costs, of which Europe bears 80%. With an aid shortfall looming, ... END_OF_DOCUMENT_TOKEN_TO_BE_REPLACED

Mikhal Dekel’s father was part of a contingent of Jewish children who went on an odyssey from Poland to Iran as a result of the Holocaust. Dekel has now written a book exploring ... END_OF_DOCUMENT_TOKEN_TO_BE_REPLACED

The protests against police violence in the USA have triggered a discussion in Germany about discrimination, immigration and the country's image of itself. Why are people who do ... END_OF_DOCUMENT_TOKEN_TO_BE_REPLACED

In the age of corona, Ankara's regional power strategy is twofold: on the one hand, Turkey is engaged in a charm offensive to revamp its political image, which has suffered lately ... END_OF_DOCUMENT_TOKEN_TO_BE_REPLACED

The Sudan Partnership Conference on 25 June is seeking funding commitments to rebuild Sudan’s desolate economy. As Annette Weber argues, the crucial point will be aligning ... END_OF_DOCUMENT_TOKEN_TO_BE_REPLACED

At a time of widespread international protests against racism, triggered by the killing of George Floyd in the United States, there are calls to remove the term race from the ... END_OF_DOCUMENT_TOKEN_TO_BE_REPLACED
Author:
Khalid al-Dakhil
Date:
Mail:
Send via mail

END_OF_DOCUMENT_TOKEN_TO_BE_REPLACED
Social media
and networks
Subscribe to our
newsletter