Sephardi Singer Yasmin Levy
"In My Songs There Is No War"

Yasmin Levy believes that it is possible for Jews and Arabs to live a normal peaceful life together, even in Jerusalem. Stefan Franzen spoke to the 32-year-old singer, who sees herself as an ambassador for a multicultural metropolis 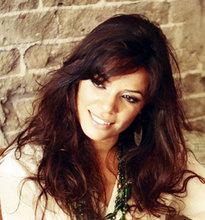 The Sephardi songs which Yasmin Levy sings have their roots in the music of the Middle Eastern, Balkan and Jewish tradition

​​Some history to start with: in the centuries during which Spain was ruled by the Moors, the Sephardi Jews lived peacefully among the Arabs and the Christians. It was only after Spain was reconquered by the Christians that Spanish Jews began to suffer oppression. In 1492 the monarchy presented the Jews with an alternative: they must either convert to Christianity or go into exile.

Those Sephardi Jews who went into exile found a new home in North Africa and the Balkans, and above all in Turkey. With them, they brought their songs, written in Ladino, which took on new characteristics with their new geographical environment.

Ottoman Empire as a refuge for the Jews

"At that time, the Ottoman Empire received the Sephardim with open arms," says Yasmin Levy. "My father was born in a big Sephardi community near Izmir, and he was still young when he came to Palestine."

He was a cantor who collected songs throughout his life, and his collection became the basis for his daughter's repertoire. Yasmin's contact to her father is almost entirely through his books, since he died before she was two years old. Her mother, who was also a talented musician, brought her up in the Jerusalem district of Baaka, where she still lives.

"I don't want to be a hypocrite," says Levy thoughtfully. "When Israel was founded in 1948, the Arabs left their homes and the Jews moved in. The atmosphere, however, has remained the same; the architecture and everything still breathes a Muslim culture. I don't see any division in the sense of 'the Jews here, the Arabs there.' I can read, write and speak Arabic, and the security people at the airport think I'm an Arab. And even now I still have Muslim friends who call my mother 'Mama.'"

It took her some time to find her own voice. It was the friend of her mother's in Spain who discovered her talent as a singer. Initially she sought her inspiration in Flamenco music.

"But I felt called to something different," she says. "Ten years ago, the Sephardi culture was a niche. If you went to a concert with Sephardi songs in Jerusalem, you always saw the same elderly people in the audience. It was obvious to me: in fifteen years the Ladino language will have died out and no-one will listen to these songs any more."

But she becomes more enthusiastic as she continues: "This music is not covered with five hundred years worth of dust, and it's not ready for the museum. These are fresh songs with passion and soul! It's been my mission and my duty to my father to take these songs out into the world – and to do so in a way which appeals to everyone." To that end, she developed a modern way of performing what had been until then rather severe music.

One can hear what that sounds like on her new album "Mano Suave" which will be released in January. The sound of her music is another chapter, simultaneously logical and moving, in the history of the Sephardim – a history which is interwoven with so many cultures. 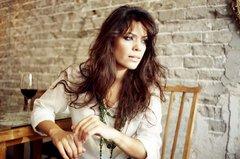 ​​In her band are musicians from Iran, Israel, Paraguay, Turkey and Spain, and in her arrangements you can hear Middle Eastern, Balkan and Jewish elements.

"I find it important to have musicians from very different backgrounds working together in my band," she says. "The Muslims are the best musicians of all. I grew up with Muslims and with their Arabic music. That's why it was a challenge for me to record a duet with Natasha Atlas, who originally comes from Egypt. We came together in the studio over an old Bedouin song, and we became close friends during the recording."

Yasmin Levy says she is aware that she cannot change the world. But she wants to give a "tiny" signal with her music to the media, which otherwise only convey a picture of violence when they are reporting on her home town.

The Jewish-Arab heritage of mediaeval Spain

"Of course we have people here who hold the most radical religious views one can imagine," she admits. "But I also see another reality here in Jerusalem: people with different religions and cultures who live together. In my world there is no room for war and fighting. I wish that we could really find more respect for each other in this city in which there are such varied ways of looking at the world."

"The songs which were written in Ladino are a good way of bringing that across," Levy goes on to say. "They come from a time in which Jews lived in peace with Muslims in Spain. We have to remember that there was a long period of mutual respect. And there's not reason why we can't have that now as well."

Reem Kelani – "Sprinting Gazelle"
"I Defend My Right to Defend My Right"
Following her widely acclaimed featured performance on Gilad Atzmon's "Exile", the British-Palestinian singer Reem Kelani has released her own debut album, establishing herself as important artist in the Palestinian musical tradition. By Lewis Gropp

Pat Jabbar's Dub Music
The Arab Beat from Switzerland
Already in the mid-1980s, Pat Jabbar and his band Aisha Kandisha's Jarring Effects mixed Arab traditional music with dub, trance and house elements. Stefan Franzen talked to Jabbar about his label and the collaboration with the "Pope of Dub", Bill Laswell

END_OF_DOCUMENT_TOKEN_TO_BE_REPLACED
Social media
and networks
Subscribe to our
newsletter