Settling into life in Turkey - with help

A patchwork of aid groups and independent volunteers have assembled in Izmir, Turkey, to help refugees restart their lives. The port city is now home to 85,000 Syrian asylum-seekers. By Diego Cupolo 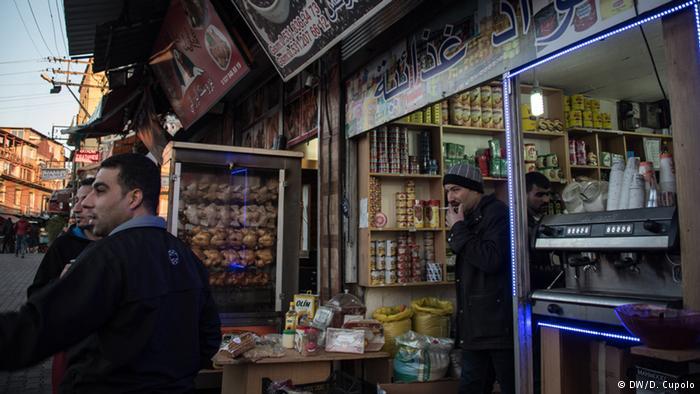 Syrian establishments: in Izmir's Basmane district, an area known for human trafficking operations, refugee-owned stores and restaurants have multiplied as more Syrians choose to stay in the city. Yet while refugees have made progress by opening such businesses, most still do so under the names of Turkish friends, said Mohamed Saleh, director for the Relief Society of Syrian Refugees in Izmir 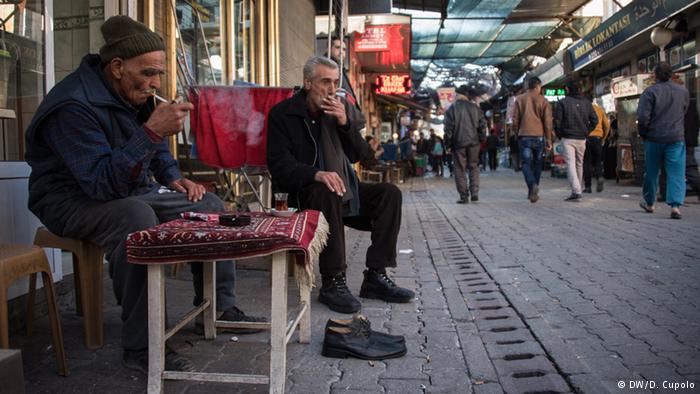 Unemployed and invisible: paying the bills is only one of the challenges for refugees, who often pass long periods of unemployment by sitting in cafes. Many lack basic health services, which prompted Lea Wilmsen, a German medical student, to provide free house visits to ailing families. "Unlike camps, refugees are spread out in a city and harder to find," she said 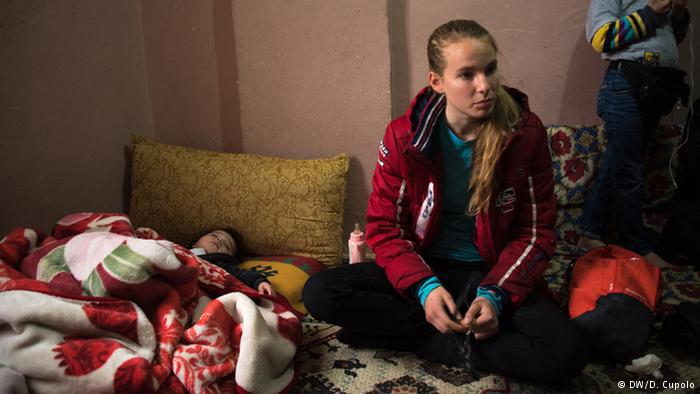 House calls: working with a translator, Wilmsen visited refugee homes in Basmane. Pictured above, she listened as two mothers described how their children were suffering from chronic respiratory illnesses. According to Wilmsen, the cause of their troubles was the humid apartment they inhabited, where 14 people slept on mats in two small rooms 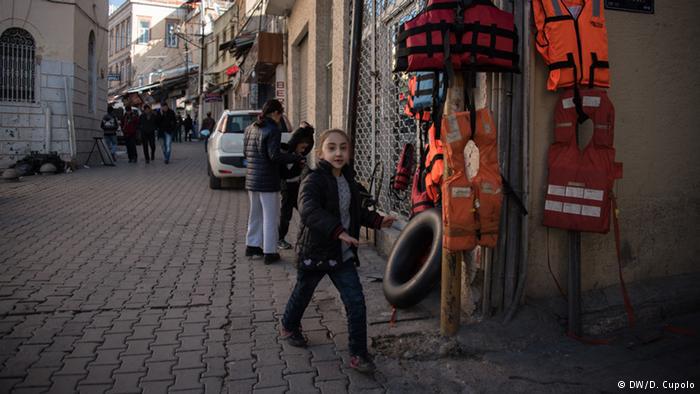 Street kids: children play near life jackets being sold on a street corner. Most young refugees in Izmir do not attend school on a regular basis and must often take simple jobs to help their families pay rent. During another house visit, Wilmsen attended to a six-year-old Syrian boy who was beaten up and robbed while selling packets of tissues in the street 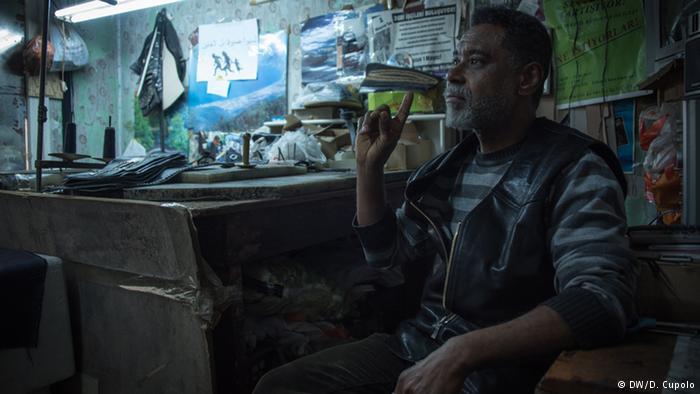 Building refugee centres: in an effort to create a community centre for refugees, former union organiser Yalcin Yanik is renovating the abandoned building he uses as a leather-tanning studio. "I help the refugees, just like I helped workers many years ago," he said. "We are making a collective space to help refugees feel welcome. We want to fill the holes left by our government" 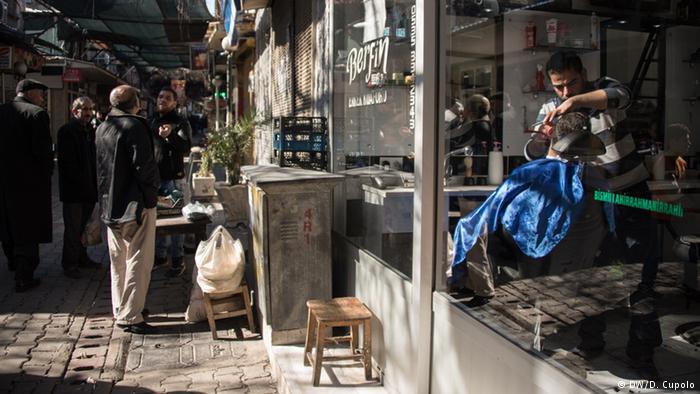 Avoiding dependency: often seen walking through the streets of Basmane, Chris Dowling, an Italian-English volunteer working with Yanik, said it's important to help refugees, but not to exaggerate. "We don't want people to become dependent on aid. We want to build community groups that help people know their rights and help them integrate into society, find work and build their own lives" 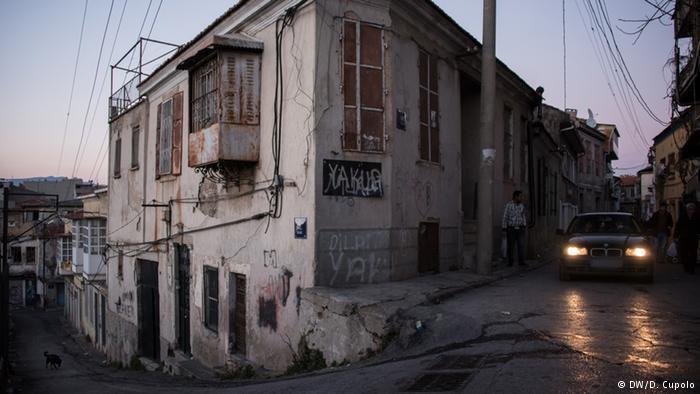 Housing problems: Mercy Corps, a humanitarian aid organisation funded by the EU, recently opened an office in Izmir, where it seeks out vulnerable refugee families and provides assistance through voucher programmes and counselling. The group also helps pay extermination fees for pest-infested homes, which tend to be rented by refugees with low incomes 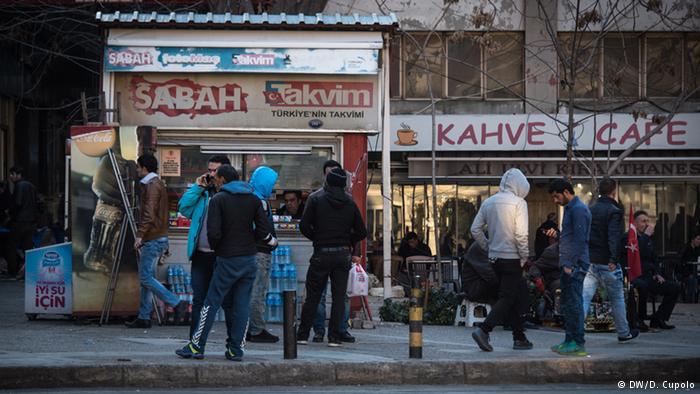 Smuggling hub: despite the combined efforts of humanitarian workers, the majority of refugees arrive in Izmir to find smugglers in places such as Basmane Square, pictured above. "We can't stop people from dealing with the smugglers," said Afife Yildiz, project officer for Mercy Corps in Izmir. "The solution is political. We are here to decide who is most vulnerable and help them" 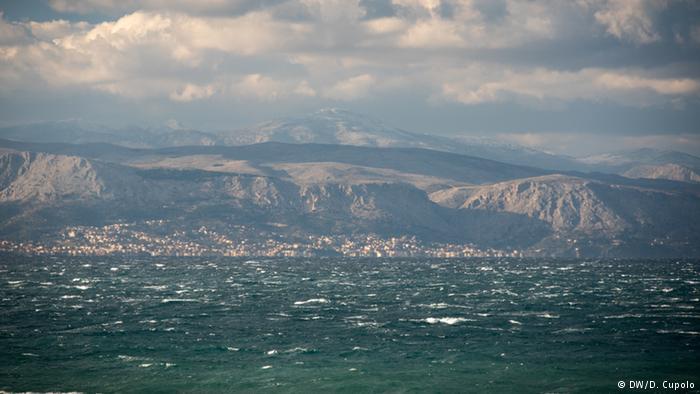 Safe passage: the Greek island of Chios, as seen from Cesme, Turkey. If refugees are determined to cross to Europe, Nur Sahinoglu, a volunteer with the aid group Imece Inisiyatifi Cesme, is one of many locals who try to deter them from taking dinghies across the Aegean. "If you want to go, go safely," she said. "Apply for asylum from Turkey and cross on a decent ship"

END_OF_DOCUMENT_TOKEN_TO_BE_REPLACED
Social media
and networks
Subscribe to our
newsletter