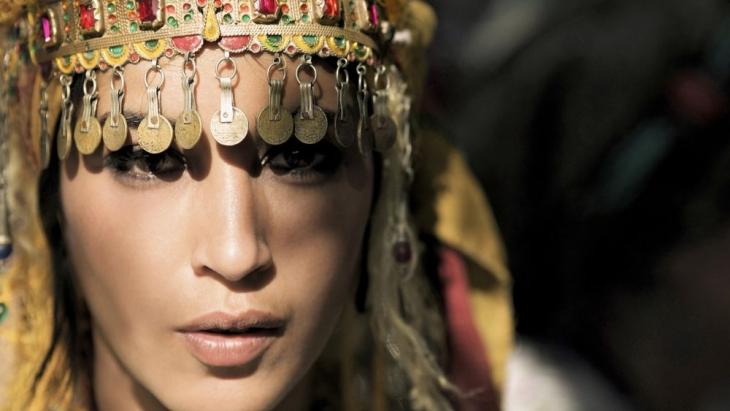 Sexual Repression in the Arab World
Anguish, Love and Poetry

Your film addresses the repression of women in traditional Arab culture and their rebellion against men. At the end, the women do actually win one of the battles in their war of liberation. Is this a realistic outcome?

Radu Mihăileanu: If I'm honest, in reality it seldom works out like that. Because as the film shows, men respond with brutality. On the other hand, women have actually staged successful "love strikes", in a little village in Turkey in 2001, for example. And also before the 2005 elections in Liberia, when Ellen Johnson Sirleaf was elected Africa's first female president. Before this poll, women in Liberia were not allowed to vote. They forcibly acquired their voting rights through a "love strike".

So in this respect, Arab women can be encouraged by your film. Was it especially important to you that "The Source" would be screened in the Arab world?

Mihăileanu: The movie was screened in Morocco and was a big success there. Now everyone has heard about it. It was also shown in Tunisia, but in just one movie theatre. It was also included on the programme of several Arab film festivals, but many countries refused to show it: Algeria, Saudi Arabia and Yemen all rejected it. 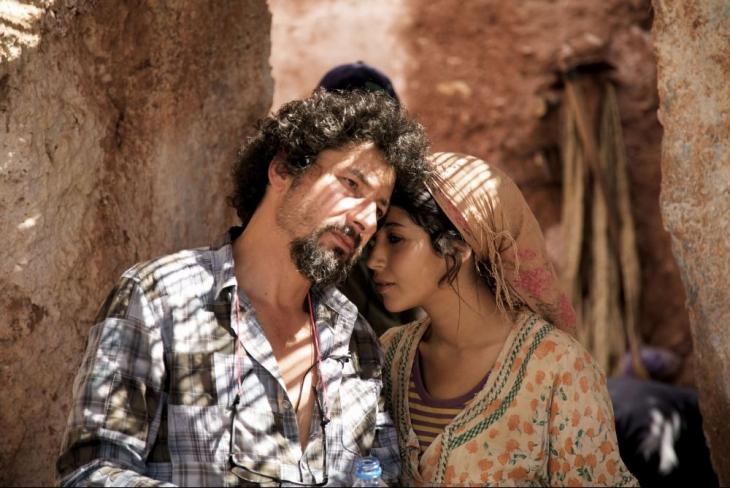 Radu Mihăileanu is a Jewish Romanian-born French Director, screenwriter and poet. He left Romania in 1980 and graduated the IDHEC cinematographic institute in Paris. The photograph shows him in conversation with female lead Leila Bekhti, who plays the rebellious women's leader Leila

How about DVD sales, how are they doing?

Mihăileanu: It's my dream that women in these countries distribute pirated copies of the film between themselves. I say this although I'd otherwise be against piracy, of course.

It's also been screened in cinemas in France. What's been the response in western nations?

Mihăileanu: There are many Arabs living in France, and in this respect I also found my target audience here. What I found interesting was that many Arab grandmothers came to see the film with their granddaughters and it provided them with a way to show what they had experienced themselves in their villages. But the issue isn't that far from the West. In Corsica, women said to me: 'Do you know it was exactly like that for us 50 years ago? Fetching water was a job just for the women'.

It was important to you to tell the story of the film from a female perspective. How did you achieve this, as a man?

Mihăileanu: Even as a young man I had huge respect for Ingmar Bergman, for his ability to get inside the minds of women. I'll never be as good as he was at doing that, he was the undisputed master. But I spent several months living in a number of different Moroccan villages and interviewed many women from all generations, which wasn't easy.

What did you learn from these conversations?

Mihăileanu: That it was essential for this film to observe the world from their subjectivity. To be able to appreciate, for example, what it means to start menstruating in this culture. How difficult it is to be obliged to work while looking after the children at the same time. To be forced to work on the very same day that you give birth.

Your film is made all the more authentic by language. The actors speak "Darija", a rural Arabic dialect from the Moroccan Atlas Mountains. How did you manage this – considering the fact that your actors came from all over the Arab world, or are Franco-Arabs?

Mihăileanu: All actors had to practice with a coach every week for three months. But there were two actors who had real problems with the language. One was a French man with Algerian roots who had never spoken Arabic in his life. The second was the male lead Saleh Bakri, of all people. 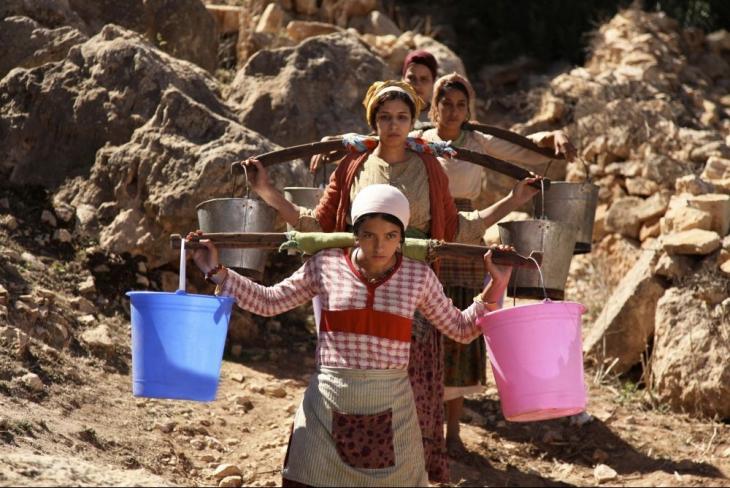 The women of the village conspire against their conservative husbands who refuse to spare them the arduous trip from the well by laying a pipeline. Their battle cry: No pipeline, no sex! - Doing research for his film, Mihăileanu spent several months living in a number of different Moroccan villages and interviewed many women from all generations

That must have presented you with major problems.

Mihăileanu: You can say that again. I won't do it like that again. I thought I could deal with it, as my films often feature languages I don't speak. I speak neither Russian, as in "Le Concert", nor Amharic as in "Live and Become". In "Le Concert", I was able to instruct the actors on how to play a scene even though I didn't speak Russian. But in "The Source", it was practically impossible to improvise because the actors weren't confident enough in the language themselves.

Viewers of your film witness male violence against women and marital rape. But the next day, the female victims start joking about what's happened again. Is this fatalism typical of Arab women?

Mihăileanu: It's very typical of Arab villages. The women often gather in places where they are apart from the men, for example when they're washing clothes, cooking or relaxing in the hamam, the public bath. Then of course they're chatting and joking with each other.

Is it just gallows humour?

Mihăileanu: If a woman has bruises, this is never directly addressed in this culture or language. If they've been beaten, the women say they've fallen down the stairs. But every woman knows, about other problems too, with the children, for example, or whether their husband has come home drunk. It's against the law to drink alcohol, but the men do it anyway.

What's the reason for this vagueness? Aren't the beaten women directly seeking empathy?

Mihăileanu: That's what this culture is like. I respect that, because we, on the other hand, have lost the poetry. In France, Germany and other western nations we say everything in the same direct way. The Arabs, in contrast, have metaphors for everything. When women say: 'The bird didn't return to the nest' it means their husband has a lover. A woman doesn't say: 'I slept with my husband yesterday', but she'll say: 'We pushed the bread into the oven'. That sounds much more charming, don't you think?

Well yes on one hand, but on the other hand: Sex is not just about procreation. Your film features a great number of subplots, such as Loubna's unhappy love story. For the viewer, it's as though you wanted to cram the results of your intensive research into the film in the form of as many aspects as possible.

Mihăileanu: There are thousands of stories like Loubna's. I couldn't even begin to tell them all: they fall in love, promise to marry, plan to start a family, and it'll never happen. The worst destinies of this kind are not featured in the film at all.

Can you tell them now?

Mihăileanu: They have sex before marriage and the man says to the woman: 'No problem, on the wedding night we'll just pretend you're still a virgin. We'll just get some sheep blood.' But often, the man's mother will then decide that he must marry a different woman. And then the previous girlfriend has to leave the village. Because when everyone knows that she's no longer a virgin, she can't live there anymore. 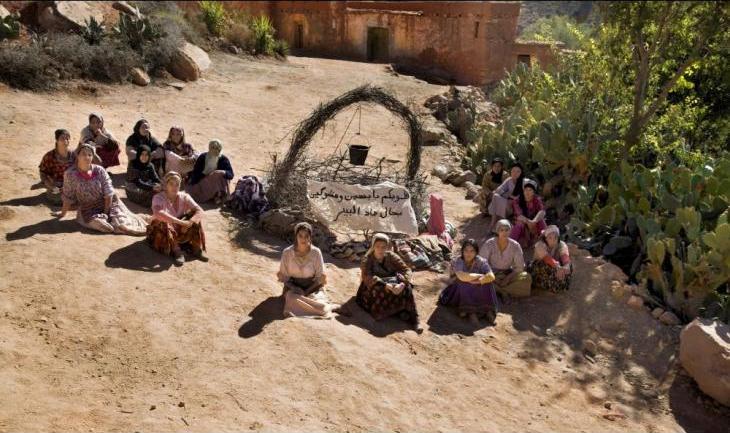 "Revolution isn't just about the political movement on the streets," Radu Mihăileanu said in an interview with the New York Times, "but how things are at home - and how customs and attitudes need to be shaken up. To have real social equality, democracy has to happen in the home". Pictured: A scene from "The Source"

So in extreme cases, one night can destroy a whole life?

Mihăileanu: Yes. But virgins are also not allowed to get too old. I met a beautiful unmarried 25-year-old, who said to me that she wouldn't have sex at all for the rest of her life. I asked her: 'Why, you're still young?'. She said: 'No, in this village I'm old. No one will court me.' That means, at an age when life is just beginning in the West, there it can already be over.

In view of all this misogyny, it's difficult to believe that your female lead has a happy marriage.

Mihăileanu: These are the exactly the kind of differences I wanted to reflect. I lived in one village for a month, and there I was a witness to true love, such as that between Leila and Sami. Or the story of Karim, who loves his wife but feels guilty because he's not "man enough" to beat her. Believe me, the reality isn't simply that of the good woman and the bad man, it's much more complicated.

Sultana Khaya, 41, has been peacefully resisting the Moroccan occupation of Western Sahara for many years. Because of her campaign to assert the self-determination of the Sahrawi ... END_OF_DOCUMENT_TOKEN_TO_BE_REPLACED

Back in 1995, when The Times asserted Islam was to blame for the poor levels of education among women in the Muslim world, Mohammad Akram Nadwi began scouring ancient Arabic ... END_OF_DOCUMENT_TOKEN_TO_BE_REPLACED

Since Spain abandoned its traditional neutrality towards the conflict in Western Sahara, Morocco has announced a "new phase" in relations between the two countries. But what is ... END_OF_DOCUMENT_TOKEN_TO_BE_REPLACED

Tunisia's president has been carrying out a coup by degrees, demolishing the country's hard-fought democratic gains bit by bit. With an economy in turmoil and a splintered ... END_OF_DOCUMENT_TOKEN_TO_BE_REPLACED

The German government is planning to legalise cannabis before the end of this legislative period. So what does Islam have to say about its consumption? Will changing the law alter ... END_OF_DOCUMENT_TOKEN_TO_BE_REPLACED

An increasing number of government ministries in Algeria are announcing they will abandon French in future. They may be reacting to the mood among the population, but the move is ... END_OF_DOCUMENT_TOKEN_TO_BE_REPLACED

Comments for this article: Anguish, Love and Poetry

END_OF_DOCUMENT_TOKEN_TO_BE_REPLACED
Social media
and networks
Subscribe to our
newsletter