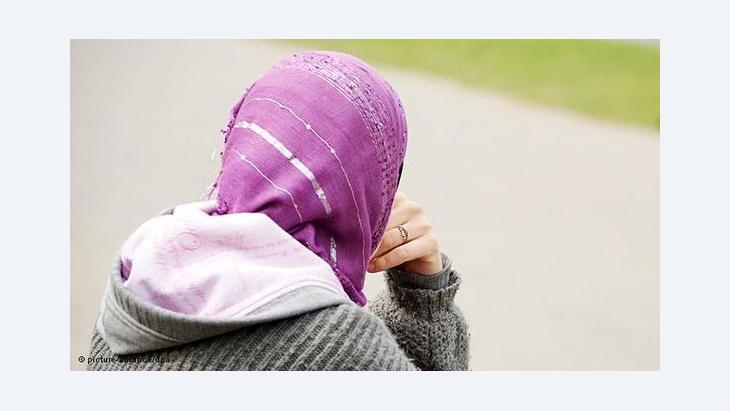 ﻿For many conservative Muslim families adhering to traditional norms and values, marriage plays an important role. This can lead to conflicts, especially when individual freedom confronts community beliefs. In the case of sexual self-determination for Muslim men and women, this confrontation can be quite extreme. Jan Kuhlmann reports

The setting: A Muslim family somewhere in Berlin. The father meets his son. The two have not seen each other for some time and it is a warm reunion. The son tells of his plans to get married. The father is overjoyed – until he hears what sort of woman his son has chosen. His fiancé is a Miss Anna Schmidt from Sweden. But worst of all, she is not a Muslim.

Upon hearing the details, the father flies into a rage. "I can't believe what you are saying," he screams. He cannot even imagine having a non-Muslim daughter-in-law. "Do not force me to decide between you and her," begs the son in an unsteady voice. Yet, this only infuriates the father even more. "I made you what you are today. I have given you everything," the father continues. "And you dare to tell me about your decision?"

This encounter is fictional, but it could easily reflect a real-life conflict. The dialogue was conceived by young Muslims from the Heroes project in the Berlin district of Neukölln, home to a large number of Muslim immigrants. 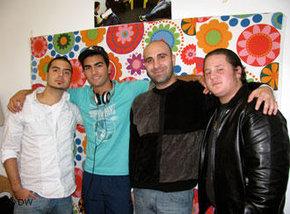 "The concept of honour is not only complex, but is also subject to change." Ahmed Masnour (second from right) and the activists of the 'Heroes' project in Berlin engage young people in the Muslim community in discussion

​​The young men in the Heroes project work to promote equal rights and sexual self-determination. They perform in front of school classes and youth groups, utilizing role playing to portray scenes familiar from everyday life to their audiences.

The confrontation between the father and son exemplifies a typical conflict within a Muslim family adhering to traditional, conservative norms and values. Neither sons nor daughters are free in choosing their partners. They often live in patriarchal structures with strict roles for men and women. "There is simply no acceptance if one wants to deviate from these norms and live one's sexuality in a different way," says the psychologist Ahmad Mansour, a native Palestinian and group leader with Heroes.

Daughters, in particular, are required to adhere to strict rules in such Muslim families. Relationships before marriage are absolutely forbidden, to say nothing of sexual contact. In this milieu, the virginity of unmarried women is considered to be one of the highest goods. The men in the family, in particular her father, but also her brothers, have the duty to defend her.

Beneath these rigid rules lies not so much a strict faith as a rigid perception of honour, which has its origins in pre-Islamic times. This position is elaborated in detail by the educationalist Ahmet Toprak, Professor at Dortmund University, in his recently published book "Our Honour Is Holy" ("Unsere Ehre ist uns heilig"). In the book, he investigates the concept of honour in Muslim families in Germany. 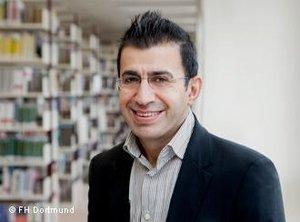 ​​According to Toprak, the notion of honour served at one time to protect women from rape. The principle reason for the continuation of this strict concept of honour today is that it gives men the power to decide over women.

Fathers set the rules in the family and make sure they are implemented. Their sons are required to watch over their sisters. Yet, it would be all too easy simply to point the finger at Muslim men. They are themselves locked into rigid social conventions, controlled by the "village eye", as Heroes member Ahmad Mansour calls the phenomena. "What you do in particular is not so important," he says. "What makes the difference is perception – what other will say." If a daughter loses her virginity, the honour of the family is then only truly tarnished when gossip spreads in the community.

The "village eye" is everywhere and exerts enormous social pressure. "The identity of the individual is dependent on the group," says Ahmad Mansour. "When the group rejects an individual, then that person feels existentially threatened." According to the psychologist, this also explains why many men react so aggressively when they perceive the honour of their family being tarnished. Personal development in the sexual realm thereby remains taboo.

The issue of homosexuality

Homosexuality is frowned upon in traditional Muslim communities. Various studies have indicated that homophobia is widespread among conservative, religious Muslims, even though there are no representative statistics. Homosexuality is viewed as abnormal, even an illness, which many parents hope to cure with the help of supposed exorcists. These specialists are actually imams, whose only qualification, typically, is that they have memorized the Koran.

Faith plays a large role in the rejection of homosexuality. Whoever interprets Islam in accordance with traditional readings must necessarily reject homosexuality, says the Muslim Koran expert Andreas Ismail Mohr from the Free University Berlin. He says that there exists a consensus among Muslim legal scholars that same-sex activity is forbidden. The theologians base their convictions primarily on the Hadith, collections of the words and deeds of the Prophet Mohammed. 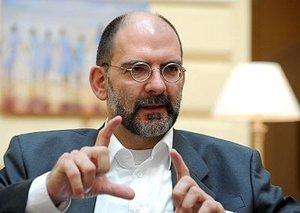 ​​In addition, the Koran relates the story of Lot, which corresponds to the account of Sodom and Gomorrah in the Bible. In Sura 7 of the Koran, Lot warns the men of his tribe not to have intercourse with men instead of women.

Traditional theologians interpret this passage as a ban on homosexuality. Andreas Ismail Mohr, however, interprets this passage differently. He claims that the Koran does not here explicitly refer to sex, let alone homosexuality. Mohr therefore believes that the passage is open to interpretations that allow Muslims the freedom to say, "I live how I think is right." Such a more flexible viewpoint also conforms to the fact that homoerotic stories in Arab and Persian literature are not uncommon.

Sexual orientation as a private matter

Nonetheless, what is forbidden by Islam is one thing and what is actually practiced by Muslims is another. Muslim organizations in Germany do have difficulties with homosexuality, but refrain from condemning gays and lesbians.

In 2008, a number of conservative Islamic associations in Berlin declared, "We are of the conviction that sexual orientation (…) is a private matter. Whether we approve or not, the freedom of the individual should not and will not be limited in any way. As far as we are concerned, every person is responsible for their own behaviour and will have to account for all their actions to their creator in the afterlife."

The concept of honour is not only complex, but is also subject to change. Interestingly enough, Professor Ahmet Toprak from Dortmund University has observed that it is not necessarily younger Muslims that share a more relaxed viewpoint. He says that the first generation of Muslim immigrants, those arriving in Germany with the least expectations, are the most tolerant.

Toprak sees a much stricter sexual morality among those from the generation that was born and raised in Germany – especially when these young men and women lack a desire for education and perform poorly in school. Here is where the strict concept of honour reveals itself to be a social problem.

And this is where the Berlin Heroes project hopes to make a difference. With themes such as honour, sexual self-determination, and even homosexuality, the young Muslims in Heroes hope to engage young people in the community in discussion. In their workshops, they refrain from labelling anything right or wrong, but instead encourage the young people to reflect on the issues.

In addition, they can also learn conflict resolution techniques so that arguments at home don't end up like those in the role playing presentation. There, the father concludes by yelling at his son, "Get out of my sight now! You will never have my blessing for this marriage!"

Algeria‘s regime is again cracking down on anti-fracking activists and the unemployed in the country‘s south. Yet EU countries remain keen to scale up their energy cooperation ... END_OF_DOCUMENT_TOKEN_TO_BE_REPLACED

Bachtyar Ali sends the hero of his latest novel – "Mein Onkel den der Wind mitnahm" – literally flying. Jamshid is so thin after his years as a political prisoner that a gust of ... END_OF_DOCUMENT_TOKEN_TO_BE_REPLACED

For a century, the Kurds and other minorities in Turkey have been subject to state repression. With his dissertation "The Kurdish Question in Turkey", political analyst Ismail ... END_OF_DOCUMENT_TOKEN_TO_BE_REPLACED

Anti-Semitic motifs have no place at Germany’s documenta art show or anywhere else in the world, stresses Meron Mendel, director of the Anne Frank Educational Centre in Frankfurt ... END_OF_DOCUMENT_TOKEN_TO_BE_REPLACED

A new exhibition, "Syria – Against Forgetting", at Cologne’s Rautenstrauch-Joest-Museum focuses on Syria's artistic and cultural heritage and pays tribute to the country before ... END_OF_DOCUMENT_TOKEN_TO_BE_REPLACED

Madrid's about-face on the Western Sahara conflict has enraged Algeria. Trade relations have been frozen unilaterally and a cut in gas supplies to Europe could be in the pipeline ... END_OF_DOCUMENT_TOKEN_TO_BE_REPLACED
Author:
Jan Kuhlmann
Date:
Mail:
Send via mail

END_OF_DOCUMENT_TOKEN_TO_BE_REPLACED
Social media
and networks
Subscribe to our
newsletter