Commenting on the solutions proposed by the HoC, film director Ghazaleh Soltani told state news agency IRNA: "Sometimes strange ideas stew in the minds of those in charge of the HoC." He said the problem could not be resolved using "old guard" solutions. It must be tackled at the root and cannot simply be "wished away".

According to the Imena news agency, Ensieh Khazali, the Iranian president's deputy in charge of women's issues, called for "protecting the dignity of women artists". The "precious presence of women" in the film industry should not be harmed, she said. "For four decades, our women have worked shoulder-to-shoulder with men, striving to advance the country's academia, economy, politics and culture. We are committed to confronting any taint and ill-treatment, be it administrative, financial or moral, and we will not make any concession here."

Khazali invited the signatories to a meeting: "As the Deputy President for Women and Family Affairs, I think it is necessary to respond to the demands of women artists in the field of Iranian cinema and to maintain an open ear when working to protect the dignity of women in this field."

The Ministry of Culture and Islamic Guidance responded to the filmmakers' statement by establishing a Council of Professional Ethics and called for the HoC to extend its protection.

An Iranian MP, Morteza Mahmoudvand, addressed the parliament as follows: "An artist states publicly in an interview that she was sexually harassed and coerced backstage. When she protested, the perpetrator, a well-known person in the film industry, beat her. I ask: who is this impudent rascal who dares behave in such a way, in an Islamic country that has produced martyrs?" If the relevant authorities were not able to deal with such types, "the fighters and defenders of the honour of the Iranian nation" (synonymous with Hezbollah's thugs – Ed.) were ready and could step in, Mahmoudvand added.

Criticism levied at the signatories

Director and screenwriter Chista Yasrabi was the victim of sexual violence 15 years ago. At the time, she was asked by a well-known colleague with whom she was working on a screenplay to continue working at his home; other people would also be there. But that was not the case.

Directors from Iran face strict state restrictions, but they nevertheless manage to bypass them with creativity. These 10 filmmakers' works have received international critical acclaim despite the obstacles. By Elizabeth Grenier 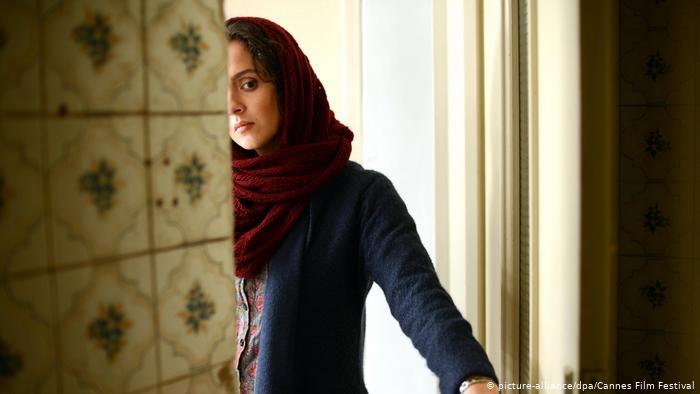 Asghar Farhadi: he is one of the few directors to have won the Oscar for best foreign film twice: "A Separation" (2012) and in 2016, "The Salesman" (photo). Farhadi boycotted the second ceremony, which took place shortly after Trump's "Muslim travel ban". Even though Iranian officials were behind Farhadi's Oscar entries, the filmmaker was among the signatories of the 2019 open call condemning state censorship 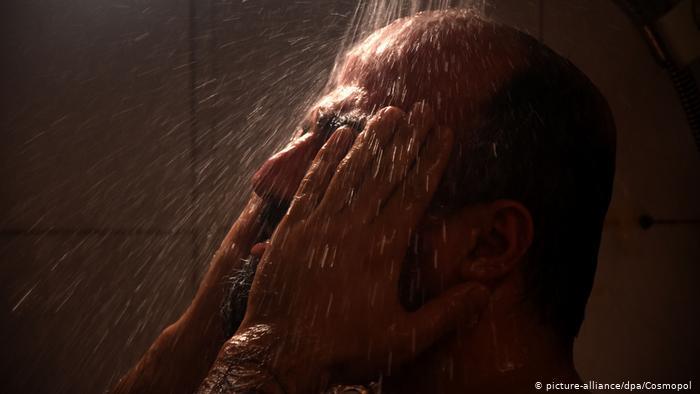 Mohammad Rasoulof: shortly after winning a major prize at the Cannes Film Festival with "A Man of Integrity", the Hamburg-based director returned to Iran in September 2017. Iranian authorities then confiscated Rasoulof's passport and banned him from directing new films. In July 2019, he was sentenced to a year in prison. He nevertheless managed to shoot "There Is No Evil" (photo), which won the Golden Bear in 2020 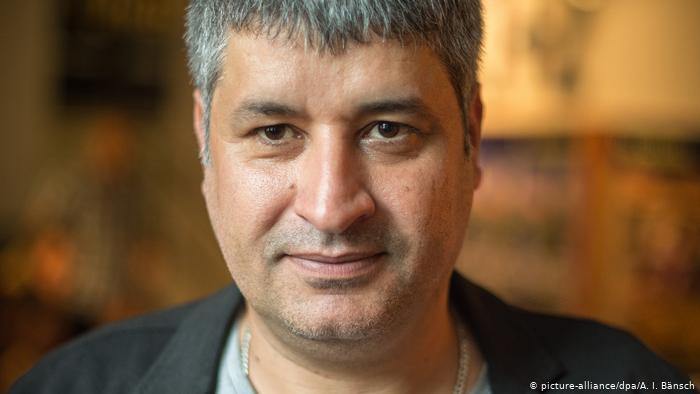 Abdolreza Kahani: Abdolreza Kahani migrated to France in 2015 after three of his films were banned in the Islamic Republic and he was prevented from submitting them to international festivals. "We are born into censorship. Censorship affects not just literature, music and film. Censorship begins inside the home," he told the Centre for Human Rights in Iran (CHRI) in a recent interview 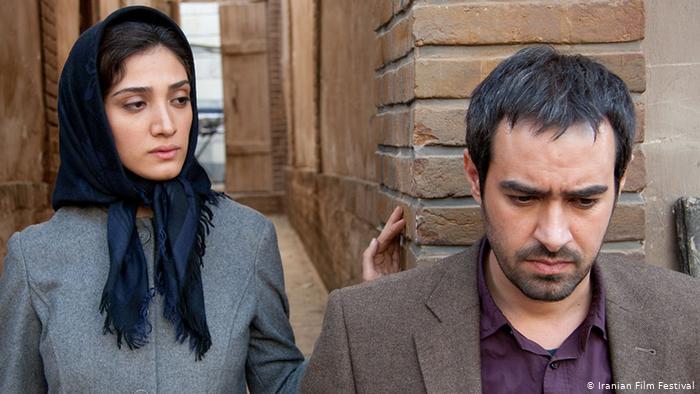 Kianoush Ayari: getting a screening permit for films that premiered at world festivals can take years: Kianoush Ayari's "The Paternal House" (2012) was only released in Iran last year after the director agreed to make some edits. But a week later, in November 2019, the film was banned, prompting 200 film personalities to sign an open letter condemning state censorship and calling for freedom of expression 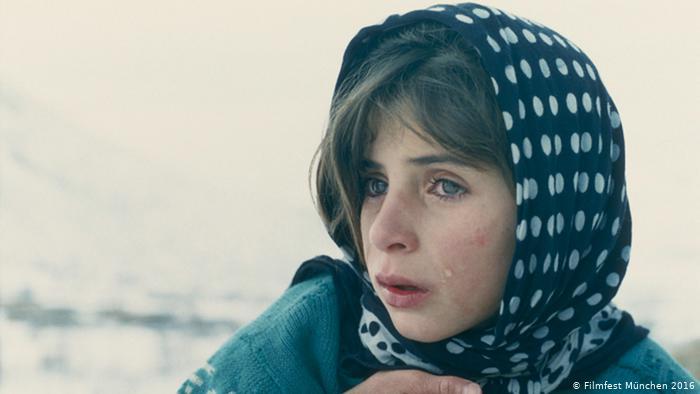 Bahman Ghobadi: Iranian-Kurdish filmmaker Bahman Ghobadi directed the world's first Kurdish-language feature film, the 2000 "A Time for Drunken Horses" (photo). Following his semi-documentary about the underground indie music scene in Tehran, "No One Knows About Persian Cats" (2009), Ghobadi fled Iran, as intelligence agents repeatedly threatened him and urged him to leave. Those two films won awards at Cannes 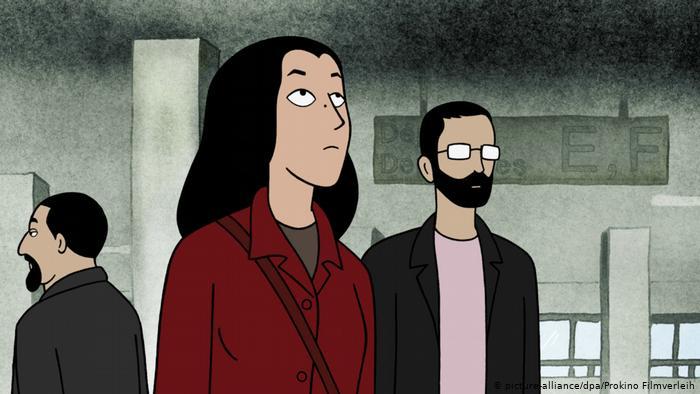 Marjane Satrapi: having permanently left Iran as a young adult, Marjane Satrapi didn't have to deal with Iranian authorities as an author and filmmaker. Her best-known comic book, "Persepolis" (photo) adapted into a film that won the Cannes Jury Prize in 2007, offers a personal depiction of how a teenager can get into trouble with the police by disregarding modesty codes and buying music banned by the regime 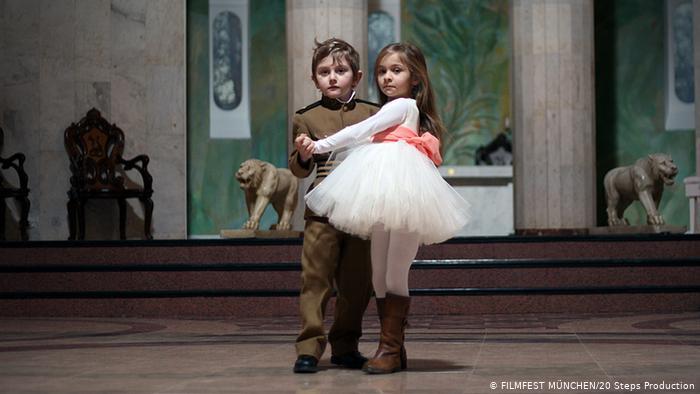 Mohsen Makhmalbaf: released shortly before the 9/11 attacks, Mohsen Makhmalbaf's 2001 film, "Kandahar" became a must-see work about the fate of Afghan women. Many of the award-winning director's films are banned in Iran, and he left the country to live in France after Mahmoud Ahmadinejad's election. His most recent feature film, "The President" (photo) opened the Venice Film Festival in 2014 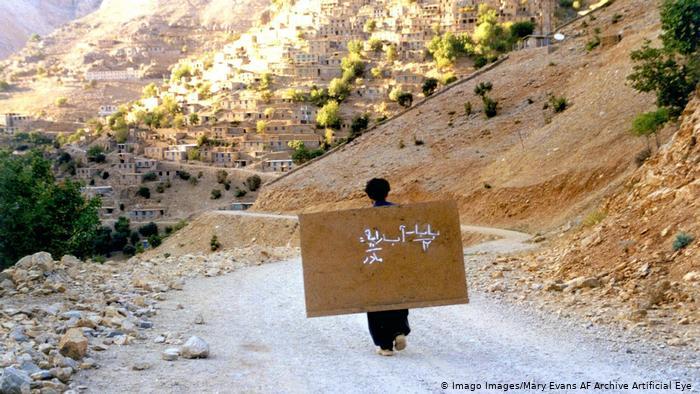 Samira Makhmalbaf: the daughter of Mohsen Makhmalbaf is one of the most influential directors of the Iranian New Wave. Her first feature film, "The Apple", which she directed at the age of 17, premiered at the Cannes Film Festival in 1998. Two years later, she won the Cannes Jury Prize with "Blackboards (photo). She then became the youngest person to sit on the jury of festivals such as Cannes, Venice and Berlin 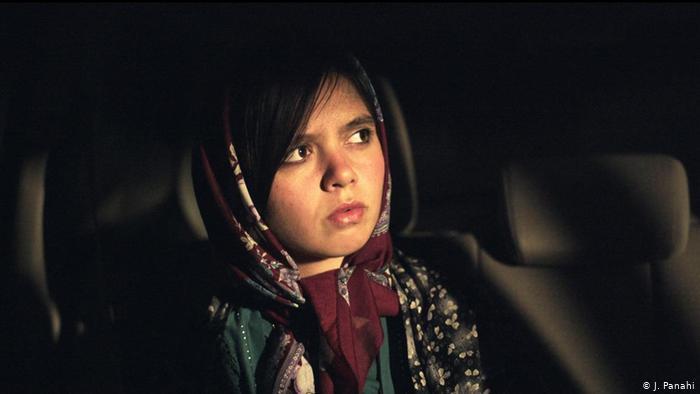 Jafar Panahi: winning a Cannes award with his 1995 feature debut, "The White Balloon", Panahi kept receiving international acclaim despite increasing restrictions in Iran. Since 2010, he has been banned from making films and leaving the country, but still managed to secretly direct more works, including the Golden Bear-winning "Taxi" (2015) and "3 Faces" (photo), which won Cannes' best screenplay prize in 2018 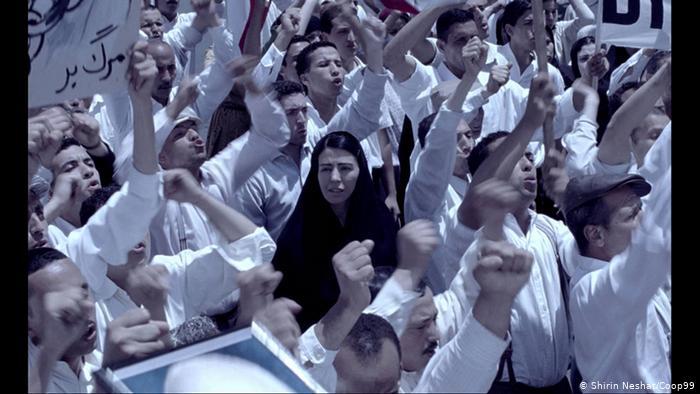 Shirin Neshat: a decade after winning the International Award at the Venice Biennale, the visual artist's feature debut, "Women Without Men" (photo) was also honoured at the Venice film festival in 2009. A critic of political injustice, Neshat lives in self-imposed exile in New York. "While I am critical of the West, women artists in Iran still face censorship, torture and, at times, execution," she said

While she was working on the script, the man grabbed her from behind and tried to take her by force. She resisted and was beaten. "I grabbed an object on the table and flung it against the window creating a loud crash. The caretaker came and I wanted to leave, but my colleague refused to give me my bag. The house was on the outskirts, it was dark and my money was in my bag. I ran away without my bag. A motorcyclist took pity on me and brought me home."

Yasrabi filed a case against her harasser and lost because she did not have a medical certificate to prove the incident. Following the recent declaration, she has since spoken publicly about the case without naming the perpetrator.

On Instagram, Yasrabi laid into the declaration's signatories for not supporting her at the time: "You are a pack of liars and opportunists! How dare you take this position today? Back then you told me: don't say anything! The House of Cinema said: if you don't keep quiet, we will silence you! I spent 15 years in fear, panic and stress, and you made temporary marriages, became love partners for an hour or a day! You have received awards, you have been praised as chaste, dignified, the veiled great ladies of Iranian cinema. You have sold your souls and bodies and have branded me as mad."

Other women also have yet to sign the filmmakers' declaration because they fear further restrictions. Film producer and director Manijeh Hekmat, for example, sees it as a "trap". It would give the rulers the opportunity to have the morality police check film productions as if they were on the street, to see if headscarves are being worn properly, if a few strands of hair are visible, if the crew is dressed properly.

Hekmat made the feature film "Jaddeh Ghadim" about a rape five years ago. She asserts that all the experts involved confirm that under the current law, with the way the Iranian judiciary works, women will suffer maximum harm if they take a rapist to court. Lawyers have also issued such advice officially.

She obviously failed to convince her daughter Pegah Ahangarani, an actor and documentary filmmaker, of these arguments. The latter was one of the first signatories to put her name to the declaration.

The demands of the women filmmakers in Iran have so far been supported by the International Women's Film Festival Dortmund/Cologne and the Association of German Film Critics.

Home
Print
Newsletter
More on this topic
″Love, sex, death and the search for truth in Tehran″: Where nothing is allowed, yet anything is possibleWinner of the Berlinale 2020: "Sheytan Vojud Nadarad": There is no evil, unless it's perpetratedQantara dossier: Iranian cinema
Related Topics
Cinema, Diversity, Gender, Iranian cinema, Iranian clerics, Media in Iran, Racism | discrimination, Sexism and violence against women, Social movements
All Topics

Drought and upstream water diversions have seen the Zayandeh Rood, "fertile river" in Persian, run dry since 2000, with only rare exceptions. The famed river bridges of the ... END_OF_DOCUMENT_TOKEN_TO_BE_REPLACED

Since the government cut subsidies for food, prices in Iran have skyrocketed. Protests that broke out in Khuzestan province are now spreading across the Islamic Republic. By ... END_OF_DOCUMENT_TOKEN_TO_BE_REPLACED

Very different Western reactions to the suffering in Ukraine and the Arab world show that there is a profound rift among cultures. Essay by Michael Young END_OF_DOCUMENT_TOKEN_TO_BE_REPLACED

United Arab Emirates strongman Sheikh Mohammed bin Zayed al-Nahyan, who was formally elected president on 14 May, has led a realignment of the Middle East, creating a new anti- ... END_OF_DOCUMENT_TOKEN_TO_BE_REPLACED

Russia's ranking on the World Press Freedom Index has fallen again over the Kremlin's wartime censorship of the Ukraine conflict. From Myanmar to Mexico, journalists continue to ... END_OF_DOCUMENT_TOKEN_TO_BE_REPLACED
Author:
Nasrin Bassiri
Date:
Mail:
Send via mail

END_OF_DOCUMENT_TOKEN_TO_BE_REPLACED
Social media
and networks
Subscribe to our
newsletter