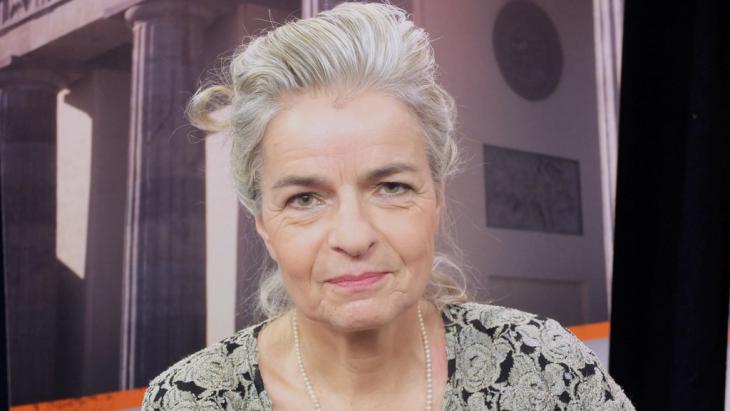 A feminism of new alliances

When misogyny is permitted to take the anti-Islamic fast lane: a contribution to the debate by Charlotte Wiedemann

Over the last few weeks, I've learnt a lot about my country that I'd much rather not have known. That sounds terribly apolitical, I know. But I've begun to feel the need to protect myself from the rapid coarsening of what can only euphemistically be called the public debate.

Women who express an opinion deemed wrong-headed are instantly swamped on the Internet with fantasies of misogynist violence. Gang rape as a means of education, if you don't chime in with the anti-Islamic chorus. A woman who reported that she was treated with respect by Arab-looking men at Cologne's main station was squelched with the words: Because you're too old and too ugly, you slut. Such sentiments are now being voiced en masse.

I couldn't have imagined that such hatred would even be vented on a woman like Nariman Reinke, the Hanover-born daughter of Moroccan immigrants, 36 years old, who works in the Bundeswehr's electronic warfare battalion, who has participated in missions in Afghanistan and is vice chairman of the association "Deutscher Soldat e.V.". She writes: "Once again, for everyone to hear: no, despite my migratory background and my religion, I still fail to comprehend how women can be raped – no matter by whom. The assumption that I could, demonstrates the depths of human ignorance." Judging by the comments on this post, it quickly becomes clear that Ms. Reinke is not hated despite her absolute integration, but because of it. A woman in uniform who does not bow to pressure.

How would I feel these days, in this country, if I were Muslim? I would read, for example, that my religion sees me only as a "container for procreation" and I would probably vomit.

The current debate on Islam as a religion of harassers and gropers mimics the very attitude it pretends to criticise: it is profoundly disrespectful towards women who profess this religion, towards millions of proud and highly educated Muslim women. Whether they became that way despite of or because of their religion: each can tell a different story on that count. Hardly any of them sound like the new German amateur Arabists. 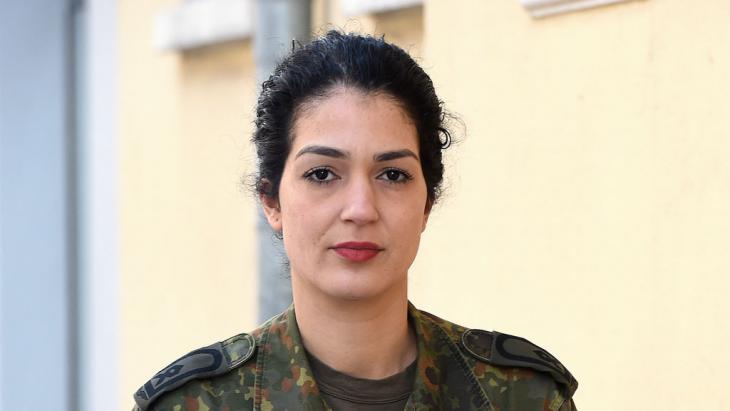 "Nariman Reinke, company sergeant major with the army, is not hated despite her absolute integration, but because of it. A woman in uniform who does not bow to pressure"

And, yes, I've hardly ever been harassed on my travels through Muslim countries; I can only remember two incidents in 17 years. I always felt protected by the absence of alcohol in public places – and more specifically by the absence of drunken gangs of men. In theory, after Cologne we could have launched a general debate on who exactly is suffering under the increase in public drinking. As I said: in theory.

Have we not often asked ourselves in years gone by how in fraught historical moments such excessive mass excitation can occur? The heir to the throne is assassinated – and a world war breaks out? The Jews were still perceived as privileged when their shops were already burning. That was history. Modern societies no longer function that way, with their multilateral public. Is that really true?

Developing a feminism for our immigration society

We can observe these days just how quickly convulsive moods are stirred up and how quickly a single incident can set off an ideological avalanche before we even know exactly what happened. This is not a force of nature. Granted, it is difficult to control what is happening on the web. But why do so few editors and presenters step in and try to stem the spiralling escalation? Where does this relish in graphically peppy racism come from, complete with excrescences like "Falter" magazine in Vienna? And what's driving this mad rush of generalisations? The cover of the "Economist" is hard to top: "Crossing the line – Migrant men, European women and the cultural divide". It sounds like an epigraph on the new war. I start to shiver.

The new, extensively annotated edition of Hitler's "Mein Kampf" has just been reviewed. When someone says the Muslims are the Jews of today, I wince at the comparison that so grotesquely downplays the Holocaust. But I'm noticing one thing: the same delusion of salvation that once fuelled anti-Semitism can also be found in today's hatred of Islam. Everything in Germany would be better without the Muslims, goes the logic, to be read everywhere on the Internet. And this sentiment by no mean takes aim only at refugees. People say to Reinke the professional soldier: everything would be better without people like you. "Adolf, come back." 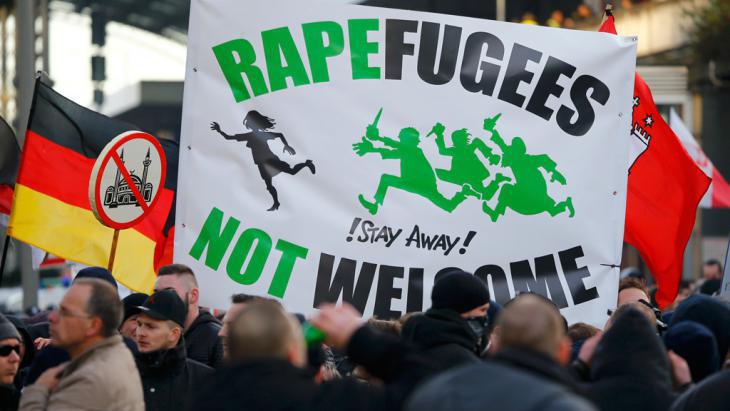 Right-wing populism and racism on the rise: "it seems to me that we are dealing with a very fragile situation at the moment. It's up to each and every one of us to try to gain some emotional and intellectual distance from this carousel of public madness," writes Wiedemann

What are we to do? I endorsed early on the call for "no excuses": "Women's rights are no excuse for racism". Now we have to develop a new brand of feminism for the immigration society, forging new alliances and with a vision of emancipation that can connect people across the boundaries of religion, skin colour and lifestyle. I already wrote on this theme "before Cologne" and now it only seems all the more urgent to develop a more advanced feminism that argues against racism.

What if Germany succumbs?

An alliance of Muslim women (both practising and non-practising) and non-Muslim women would break new ground. Because it's not just men who accuse pious Muslim women of subjugation. And the issue of "the refugees and women's rights" is doubly sensitive, because female helpers greatly outnumber their male colleagues, as in any volunteer field. And because, far beyond the circle of those engaging directly with these issues, many women are currently standing at an emotional crossroads: on the one hand, they have understanding and compassion for the stranded, but on the other they increasingly fear their numbers and their culture.

It seems to me that we are dealing with a very fragile situation at the moment. It's up to each and every one of us to try to gain some emotional and intellectual distance from this carousel of public madness.

But I'm afraid. Hungary, Poland: we've looked to these countries with dismay. What's happening there could never happen here. The way they are shifting to the right. But what if Germany also succumbs?

Since 2015 there has been a surge of interest in Syrian writing in German translation. In this series of interviews, writers, poets, publishers, and artists in Berlin talk about ... END_OF_DOCUMENT_TOKEN_TO_BE_REPLACED

Tents, mud and cold: refugees contend with miserable conditions in Bosnia & Herzegovina. With the European Union demanding that Bosnia accommodate the asylum-seekers, its ... END_OF_DOCUMENT_TOKEN_TO_BE_REPLACED

Last year was one of a kind. 2020 saw the rapid spread of the coronavirus pandemic, putting a stop to the hajj. Though peace in the Middle East remains a pipedream, there was ... END_OF_DOCUMENT_TOKEN_TO_BE_REPLACED

When news broke that a vaccine against COVID-19 developed by a Turkish-born couple in Germany had promising results, many media reports placed the ethnic background of these ... END_OF_DOCUMENT_TOKEN_TO_BE_REPLACED

A German IT company has started an academy to train Palestinians in software development. Despite the pandemic's challenges, it has managed to run its first boot camp in Ramallah ... END_OF_DOCUMENT_TOKEN_TO_BE_REPLACED

Shortly after the expression was coined and found its way into German discourse, the concept of a "welcoming culture" was already being targeted by Islamophobic circles – and was ... END_OF_DOCUMENT_TOKEN_TO_BE_REPLACED
Author:
Charlotte Wiedemann
Date:
Mail:
Send via mail

END_OF_DOCUMENT_TOKEN_TO_BE_REPLACED
Social media
and networks
Subscribe to our
newsletter