The majority of Iranians in exile, spread across the continents, left Iran during the 1980s in the course of the Islamic regime′s "purges", to escape the wave of executions at that time. They were either part of the leftist opposition, which included the People's Mujahedin, or members of the aristocracy.

The left regarded (and still regard) themselves as the representatives of the workers and farmers, classing emancipation and sexual enlightenment as secondary issues - "side contradictions" - to which no particular importance was to be attached. One section of the Marxist-Leninist People's Fedaian, an organisation particularly popular among young people, even made great efforts to police "social morality". Comrades whose behaviour was "amoral" were reprimanded or excluded from the organisation. 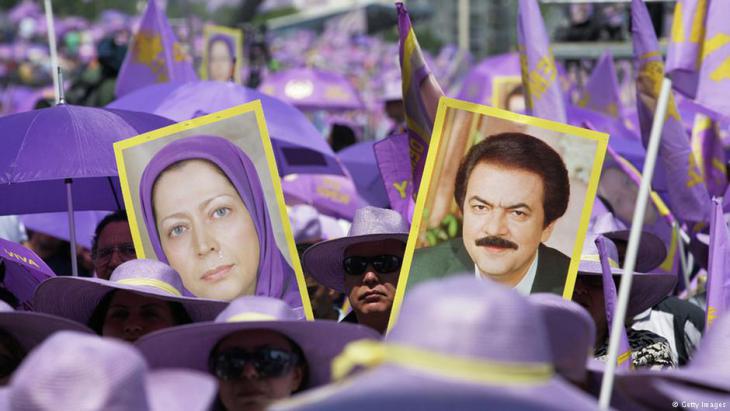 Moralisers at the service of the authoritarian political left: "there are opposition groups like the People′s Mujahedin, for example, who maintain strict control over the sexuality of their members and even carry out enforced divorce. Here, a private matter like marriage is turned into an ideological symbol," comments the Iranian Swedish sociologist Mehrdad Davishpour

In at least one case, such behaviour is said to have led to the execution of a guerrilla fighter. According to Mehdi Fattapour, one of the People′s Fedaiyan′s leaders, Abdollah Panjeh-Shahi had a sexual relationship with a female guerrilla with whom he conspired to share an apartment. Although the relationship was based on mutual agreement, he was shot and the woman was thrown out of the organisation. The reason given for the execution was that an extra-marital relationship was immoral in the eyes of the population and could be used against the organisation by the Shah′s regime.

After the 2009 "Green Movement" was defeated, tens of thousands more people left Iran to escape state reprisals. These mostly young people may have been more open in their attitudes to sexuality than their parents′ generation, but studies on identity among diaspora Iranians show that a majority of the migrants still upheld the moral values of Iranian society and still felt a close connection to their former homeland.

Following a two-year empirical study of the "social construction of female identities" in Iranian women in Berlin, Teheran and Los Angeles, Judith Albrecht discovered that Iranian women in the USA – as in Iran – still point to their family "as an important source of identity". She writes: "For the women living in exile or as part of the Iranian diaspora, the country they left behind still is the main focus of their actions."

Even so, a small proportion of those living in exile are critical of Iranian society′s ideas about morality and are fighting from a distance to change "the traditional worldview". These "troublemakers" are scattered across the globe and are hardly connected to each other. But all the same, their activities are starting to bear fruit.

An online project called Jensiat, for example, uses comics to explain sexually transmitted diseases. And this has also caught on with people in Iran. In 2013 the Persian-language team at Deutsche Welle took up the subject. They had realised there was hardly any information or education on sexual matters available in Persian, as one of the editorial team explained. And this realisation gave rise to the project "Sexuality, love and living together".

Other Persian-language radio and TV stations have also engaged with the topic. The TV channel Manoto, for instance, broadcast several programmes about sexuality. The issues they addressed included sexual enlightenment in schools in Iran. The London-based broadcaster admits that the moral ideas of Iranian society have to be taken into consideration. That was why parents had been made aware of the necessity of their children′s sexual enlightenment "in a roundabout way".

A small proportion of those living in exile are critical of Iranian society′s ideas about morality and are fighting from a distance to change "the traditional worldview". An online project called Jensiat, for example, uses comics to explain sexually transmitted diseases

A lot of social media activists are also engaging with sexual subjects. Of course, it is impossible to tell whether they are acting from inside or outside Iran.

Many experts agree that the most effective activities for sexual enlightenment in Iran are being carried out by LGBT activists in exile. "The internet and other ways of making contact with queer activists and theorists outside Iran have clearly enabled people in Iran with an interest in social policy to engage with enforced heterosexuality and same-sex relationships," says Saideh Saadat-Lendle, head of "LesMigraS", the antidiscrimination and anti-violence section of the Berlin Lesbenberatung (lesbian advice service).

The Iranian activist has spent 25 years working to enlighten and support lesbians. In that time, she has seen a change in values take place within the educated layers of society. "The young people of ‘Generation Internet′ who have been leaving Iran since 2009 are much more open than the previous generation to the issue of homosexuality."

For decades now, the Islamic regime has been trying to ignore the influence of diaspora Iranians on developments in Iran. But for the last few years, those in charge of the Islamic theocracy and their followers have been complaining about this influence, particularly in relation to sexual enlightenment.

While some denounce the "sexual revolution" imported "from America" and warn of a "sexual putsch", more moderate forces argue for understanding with regard to young people′s "natural desires". Both groups see the Iranians living abroad as the cause of the "creeping change in sexual ethics" and are demanding appropriate solutions from those in power.

The protests in Iran have entered their third week with no indication that Tehran is prepared to address the demands that are echoing through the streets. Radio Farda’s Hannah ... END_OF_DOCUMENT_TOKEN_TO_BE_REPLACED

Just as the Islamic Revolution fundamentally changed Iran 43 years ago and had an impact far beyond the country's borders, the current wave of protests sweeping the country is set ... END_OF_DOCUMENT_TOKEN_TO_BE_REPLACED

The death of Mahsa Amini at the hands of Iran's "guardians of morality" is only the latest, tragic example – in a neverending chain of state repression and excessive police ... END_OF_DOCUMENT_TOKEN_TO_BE_REPLACED

In "Iran. Die Freiheit ist weiblich", journalist Golineh Atai describes the dogged resistance of courageous Iranian women against the Islamic Republic and the mullahs who have ... END_OF_DOCUMENT_TOKEN_TO_BE_REPLACED

Iranian artist Parastou Forouhar has lived in Germany since 1991. Full of rage, just like the protesters, she hasn't yet given up on the idea of justice. By Julia Hitz END_OF_DOCUMENT_TOKEN_TO_BE_REPLACED

Fariduddin Attar’s "The Conference of the Birds", one of the seminal works of Islamic mysticism, has recently been published in sumptuously illustrated German translation. It ... END_OF_DOCUMENT_TOKEN_TO_BE_REPLACED
Author:
Shahrzad Osterer & Farhad Payar
Date:
Mail:
Send via mail

END_OF_DOCUMENT_TOKEN_TO_BE_REPLACED
Social media
and networks
Subscribe to our
newsletter