Sinan Antoon is an Iraqi-American author and his novel tells the story of an Iraqi literature student under Saddam Hussein who is suddenly sent to the security service prison, where he begins to write subversive texts. This review is by Mahmoud Tawfik 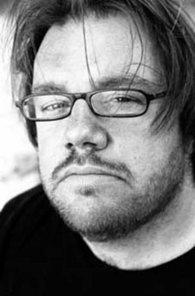 "Republican" or "repooplican"? Sinan Antoon's picaresque novel is a book about language and power

​​ The records for the year 1989: in the archives of the Iraqi interior ministry a barely legible handwritten document appears, clearly written by a prison inmate. Employee Talal Ahmed is given the job of transcribing it, and what he types up forms the novel itself.

The reader travels through a labyrinth of notes, through a loose collection of memories, dreams and observations from everyday prison life. They stem from the pen of a certain Furat, English-literature student, poet and lateral thinker par excellence.

"I led the leader"

With pubescent japes and bold, comic blasphemies, Furat attempts to escape the all-pervasive ideology of the ruling Baath party. Everywhere you turn a life-size portrait of the leader hangs; every newspaper reminds you of the omnipotence of the governing party.

Its mechanisms for control sometimes take on absurd forms, for example football fans are not allowed to take newspapers into the stadium. The authorities are concerned they might use them for sanitary purposes, which would mean cleaning themselves using images of the president. "If they only knew all the things newspapers get used for," Furat smirks.

"As toilet paper got scarcer we were increasingly forced to use newspapers. I preferred to use the front page, as it was full of leading articles and photos. I led the leader to my nether regions and made his moustache furrow in my furrow."

It is the margins of the Iraqi Rhapsody which are most interesting however, not Furat's manuscript. The highly conscientious comrade Talal Ahmed has marked hundreds of Furat's words and written footnotes on them: key terms used in party propaganda, given a derogatory twist simply by swapping or adding letters.

Thus "thesis" might become "faeces"; "republican", "repooplican", etc. Deliberate word-play on the part of Furat, the author? Or just spelling mistakes? Either way, comrade Talal is always on the case, pointing out the correct meaning of the word. He – along with the interior ministry, the security apparatus, the state – are the invisible third party in An Iraqi Rhapsody.

The relationship between language and power

Antoon's novel is also a book about language, more precisely about the relationship between language and power. Freely adapting George Orwell's 1984, he creates a dystopia whose absurdity goes way beyond the actual realities of life under Saddam Hussein.

​​Furat remembers state decrees, for instance, which call for the public burning of all dictionaries and declare the phenomenon of ambiguity an enemy of the state.

The process of manipulating language to serve a prevailing ideology has a long tradition in the Arab world and Sinan Antoon plays skilfully on this fact too. In the original Arabic book Furat's dubious word-plays are not created by swapping letters but with changes to the pointing diacritics. This is a highly significant distinction, which the translators of the German edition call attention to in a preliminary note.

The dots added to Arabic letters are a relatively late development, seen from a historical perspective, but also a somewhat contentious one.

The development of written Arabic

The Arabic alphabet consists of only eighteen basic forms. The remaining letters are formed by adding one, two or three points, known as i'jaam, above or below these forms. Up until the seventh century most texts were still written wholly without pointing, it being clear from the respective context which letters and words were meant. This obviously left a certain amount of room for interpretation.

Essentially the pointing system was first established as a permanent element of Arab written culture with the spread of Islam. Even the Koran was initially written using the older method, and thus a great many versions were in circulation, some differing greatly from each other. It was only with the founding of a ruling dynasty under the Islamic Caliphates that a certain version became the preferred one and was established as the authoritative version through the use of the pointing system.

This version, favoured by the rulers of the time, is also today the only authoritative version in circulation. It is still a hot potato, which few critics in the Islamic world dare touch. The issue is hushed up in official histories. An Iraqi Rhapsody refers to it in a highly sophisticated manner.

Sinan Antoon has succeeded in creating an experiential space unrestricted by concrete events and places; ultimately it could even be said to include the entire Islamic world. The book's strength is also however its weakness. In comparison to the many marginal scenes evoked along the edges of Furat's manuscript, the student's notes themselves sometimes seem a little feeble.

Furat's nit-picking comments, his habit of poking fun at everyone and everything with even a distant connection to the regime, become annoying after a while. Although intended to sound rebellious and obstinate, it sometimes sounds too contrived, trying too hard to play for laughs. Despite this, however, An Iraqi Rhapsody is well worth reading.

Sinan Antoon was born in 1967 to an Iraqi father and an American mother and studied English and Arabic literature. Since 1991 he has lived in the US. He has published poems and essays in Arabic and English in publications throughout the Arab world as well as the poetry collection The Baghdad Blues. He also works as a translator and documentary filmmaker (About Baghdad) and is assistant professor at New York University. He is a fellow for the year 2008/9 at the Institute for Advanced Study in Berlin (Wissenschaftskolleg zu Berlin).

Samuel Shimon's "An Iraqi in Paris"
A Modern-Day Odysseus on the Way to Hollywood
Samuel Shimon, a London-based Iraqi author, has written a book that draws upon the rich traditions of Arab story-telling, but is also rich with allusions to classic European literature. Review by Fadhil al-Azzawi

Interview with Hussain Al-Mozany
Bloody Revenge on Meat Baron Klimp
Iraqi-born writer Hussain Al-Mozany has been living in Berlin since 1980. His latest novel is the story of an Iraqi living in German exile who feels threatened by the foreign culture and ends up by carrying out a radical act of rebellion. Interview by Volker Kaminski

END_OF_DOCUMENT_TOKEN_TO_BE_REPLACED
Social media
and networks
Subscribe to our
newsletter