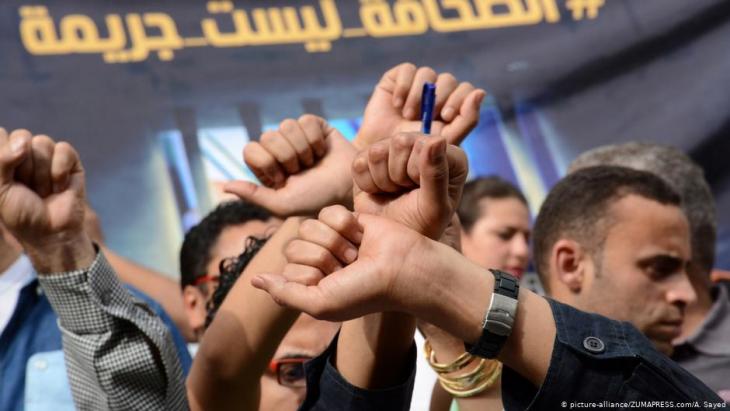 Mada Masr has been operating since 2013, despite being blocked in Egypt since 2017. Why do you think that the government chose to do something now and not earlier?

Kouddous: It's hard to get into their minds as to why we have been allowed to operate. Mada is really the last bastion of critical professional investigative journalism in Egypt, and there is a certain amount of visibility that it has both locally and internationally. I think perhaps the reason it hasn't happened before, an outright raid like this, is because of this visibility — that it's a high political cost for the authorities. We saw this massive response to the arrests and believe that was the reason why they were eventually released.

So you think that outside pressure had an effect and possibly prompted the Egyptian government to change its mind? 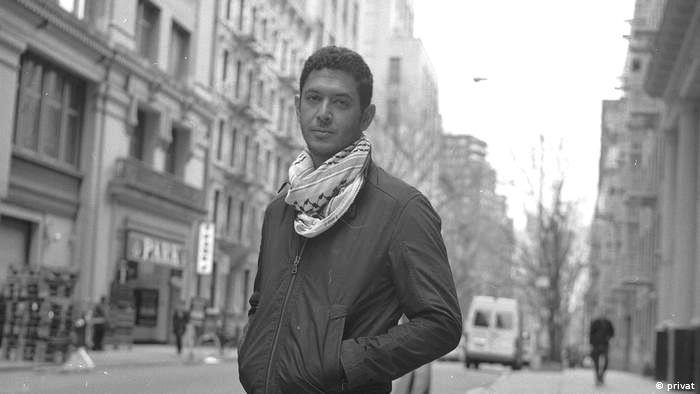 Mada Masr, the thorn in Sisi's side: "We have entered a new stage in how the state treats us. We don't know what the future holds. But this outpouring of solidarity and support has encouraged us, as well, to continue our work. As a group, we have to figure out exactly how we're going to work — but we're not going to shut up," says journalist Sharif Abdel Kouddous

Kouddous: We know that every major newswire, every major newspaper was writing pieces. ... The European Commission put out statements. There was this big wave coming at them, and they had to make a political calculation that, if they take someone like Lina Attalah and charge her and start a case against her, whether they'd be able to survive the fallout from that. So, yeah, I think that this moment of solidarity from around the world was invaluable in having all four of our journalists released.

What does that mean for Mada Masr and your work as critical journalists?

Kouddous: This was definitely an unprecedented escalation. We've entered a new stage in how the state treats us. We are meeting and figuring out how to move forward. We don't know what the future holds. But this outpouring of solidarity and support has encouraged us, as well, to continue our work. As a group, we have to figure out exactly how we're going to work — but we're not going to shut up.

What does this incident say about press freedom in Egypt?

Kouddous: It's been widely documented by press freedom groups that Egypt is one of the most hostile places to work as a journalist. It's one of the top jailers of journalists. It seems to be getting increasingly more restrictive. It also comes at a time when the rest of the press is being controlled by the state through acquisition. They own the largest media conglomerates in Egypt and have been buying up newspapers and TV outlets. You get a bunch of newspapers and they have identical headlines. So a place like Mada in this environment becomes increasingly more important because it's one of the few, if not the only place that is engaged in this kind of real journalism.

Welcome to the world of Al Qasar, where Arabic music collides head-on with punk and psychedelic to create something powerful and beautiful. "Who Are We" is a raucous, subversive ... END_OF_DOCUMENT_TOKEN_TO_BE_REPLACED

Egyptian authorities have Mada Masr in their sights once again after critical reporting. But the editor of the country's last independent news source is adamant they will continue ... END_OF_DOCUMENT_TOKEN_TO_BE_REPLACED

Like Christianity, Europe's history is one of migration. Both have strong roots in the Orient and in cultures thousands of years old. Cultural historian Bernhard Braun invites us ... END_OF_DOCUMENT_TOKEN_TO_BE_REPLACED

When she ascended the throne, millions of Muslims still lived under British rule. Later, Elizabeth II appealed for tolerance in a multi-religious society. She was the first ... END_OF_DOCUMENT_TOKEN_TO_BE_REPLACED

END_OF_DOCUMENT_TOKEN_TO_BE_REPLACED
Social media
and networks
Subscribe to our
newsletter