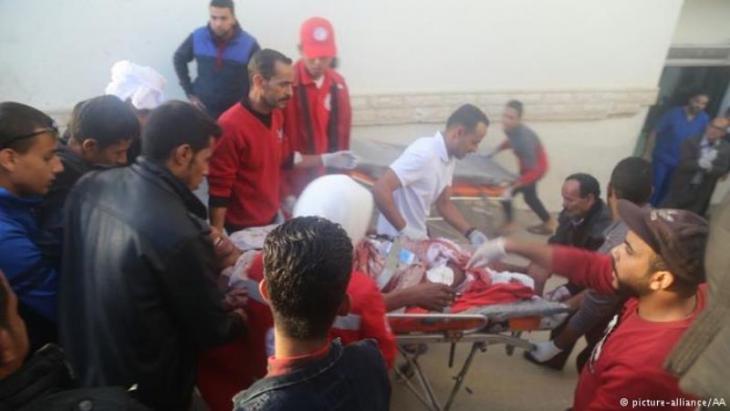 The Egyptian government has intensified its military campaign in the Sinai peninsula with the aim of finally shutting down a jihadist insurgency linked to IS. Hundreds may have died, but the insurgency continues with no end in sight. By Tom Stevenson

On 24 November 2017 Egypt endured the deadliest militant attack in its modern history. In Bir al-Abed in the northern Sinai peninsula, dozens of militants belonging to the Islamic State-affiliated group Wilayat Sinai surrounded the Rawda mosque and opened fire on the worshippers inside. When the attack was over 305 lay dead, 27 of whom were children.

In response to the attack, Egypt’s president Abdul Fattah al-Sisi pledged to use "brutal force" to stamp out the insurgency, which has plagued the Sinai since 2011, and launched a military campaign, Operation Sinai 2018. Egypt’s armed forces cut off the main cities and roads of North Sinai, carried out air-strikes and naval patrols and conducted widespread electronic and communications surveillance. The armed forces claims more than 450 militants have been killed since the beginning of the campaign earlier this year.

While the Egyptian government has presented Sinai 2018 as a "decisive blow" against the jihadist militants that operate in North Sinai, critics say the campaign is just another failed attempt to force a military solution to the crisis – which has been tried and failed before.

Driving the jihadists deeper into militancy 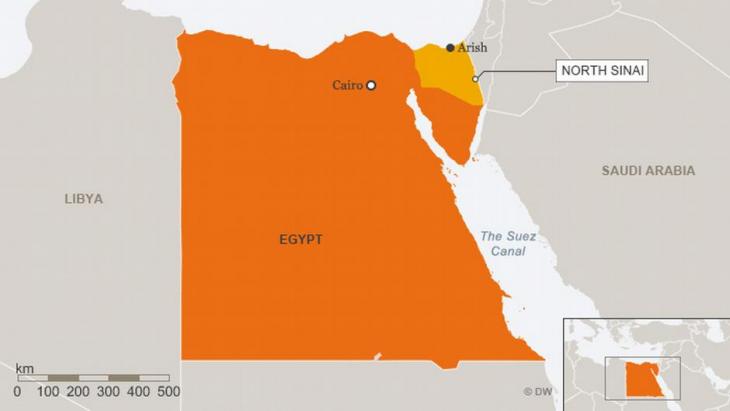 Islamic State of Iraq and the Levant – Sinai Province: formerly known as Ansar Bait al-Maqdis (ABM), Wilayat Sinai, a.k.a. ISIL-SP, is a militant Islamist group operating out of the Egyptian Sinai. The group became active in 2011 following a deterioration of security in the Sinai, focussing its efforts on Israel and the Arab gas pipeline to Jordan. Having ousted President Morsi in 2013, Abdul Fattah al-Sisi embarked on a miilitary campaign to stamp out jihadist groups in the Sinai and elsewhere. Resistance – often targeting the civilian population – has been fierce ever since

"Egyptian security forces tend to inflate their successes and will often attempt to cover up their failures by pointing to puffed up enemy killed statistics," said the Egyptian militant analyst contacted by Qantara.de. "I find it incredibly difficult to believe theyʹve killed over half their combat strength."

They’ve already got the Louvre; they’ll soon have a Guggenheim Museum as well – and now the Emirates have added literature to their quest for cultural supremacy in the Arab world ... END_OF_DOCUMENT_TOKEN_TO_BE_REPLACED

Years in the making, Sisi's elite New Administrative Capital will isolate most Egyptians from their centres of government in an effort to fortify the regime against any social ... END_OF_DOCUMENT_TOKEN_TO_BE_REPLACED

Professor Timothy Brennan's "Places of Mind: A Life of Edward Said" is a detailed biography of one of the most important intellectuals of the twentieth century, taking us on a ... END_OF_DOCUMENT_TOKEN_TO_BE_REPLACED

China has long portrayed itself as a strong supporter of the Palestinian cause. It has also claimed that in sharp contrast to the stance of the USA, its position is based on ... END_OF_DOCUMENT_TOKEN_TO_BE_REPLACED

Recep Tayyip Erdogan, disappointed by the European Union’s reluctance to integrate Turkey into its ranks, has re-directed his country’s diplomacy toward the Maghreb and Africa to ... END_OF_DOCUMENT_TOKEN_TO_BE_REPLACED

END_OF_DOCUMENT_TOKEN_TO_BE_REPLACED
Social media
and networks
Subscribe to our
newsletter