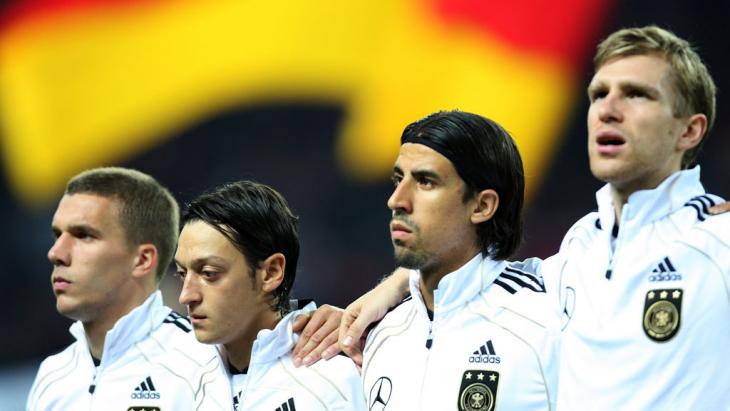 Mesut Özil and his team colleagues not only represent multicultural Germany: they also serve as popular role models within German society. This shows that football should be afforded greater recognition as a force for integration, says Shohreh Karimian

In the often heated debate over the integration and social recognition of fellow citizens with a migrant background, it is still the case that positive aspects of the integration of German citizens of foreign heritage are acknowledged far too rarely. The fact that nowadays many Germans with migrant roots work successfully as teachers, scientists and journalists, as well as in business and sport – to mention just a few vocations – is unfortunately only ever mentioned in passing in the media. This is a pity, because these are the just the kind of positive examples that can motivate young immigrants or youngsters with migrant roots to strive for social integration.

Take Mesut Özil, for example. For youngsters with Turkish origins he is not only a hero with whom they share a similar background, he's also a role model. The German Football Federation (DFB) only realised this just over 14 years ago. It then established new talent scout programmes aimed primarily at children from migrant families.

In the 1990s, the German national squad was a thoroughly Teutonic entity, with players like Klinsmann, Matthäus, Möller and Völler. The DFB's new measures began in parallel to the reform of Germany’s citizenship laws, and later introduced new players to the national team who represented a quite different image of the country.

The German squad as a reflection of the nation 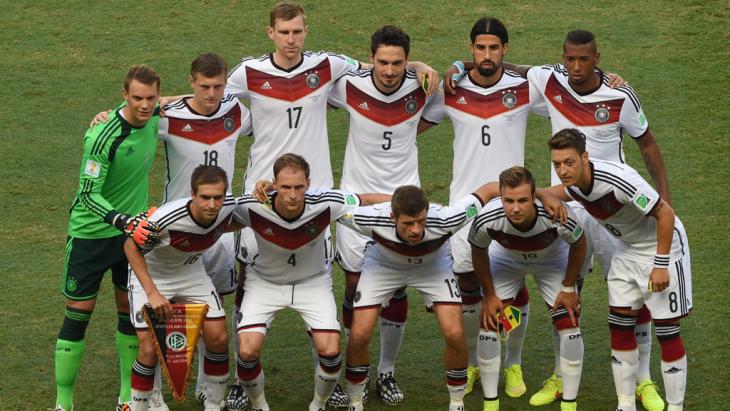 Team sports as a model of social integration: Alongside Klose and Podolski, the German national team also boasts Özil (Turkey), Khedira (Tunisia), Jérôme Boateng (Ghana) and Shkodran Mustafi (Albania), all players with international roots who are part of Germany's multicultural contingent in this year's World Cup

By the time of the 2006 FIFA World Cup, hosted by Germany, the team looked much more diverse: David Odonkor, Jens Nowotny and Lukas Podolski were among the new faces on the national squad. But in this regard a new high point was reached with the following World Cup in South Africa in 2010, when 11 players on the 23-member team had foreign roots. Klose, Podolski, Trochowski, Özil, Taşçı, Gómez, Khedira, Aogo, Boateng, Cacau and Marin now reflected multicultural Germany in soccer – a symbol of intercultural coexistence and solidarity in a modern German society.

There are those who might say that such a development was bound to come about. Germans with a migrant background, who constitute about 16 percent of Germany’s population of around 82 million, should after all be represented in a variety of social contexts, including the national team.  But until the end of the 1990s, this was not yet something that could be taken for granted. Only when the new millennium began did German society begin to view itself predominantly as a country of immigration. Consequently, it took a while for this multicultural self-image to trickle down to the national football team.

Football – a sport for dummies?

Barely had this image taken hold when people began to look askance at the conduct of these players when the national anthem was being played. The question of why Mesut Özil doesn't sing the anthem, for example, preoccupied both the tabloids and specialist sports magazines in equal measure. An intensive discussion was also conducted in the media over why, of all the different sports, there were so many German footballers with a migrant background.

As is so often the case, the response was a lazy generalisation: that soccer was just a sport for dummies. Children with a migrant background were focusing on football because of their comparatively low level of education – and they didn't need to be clever to do that. 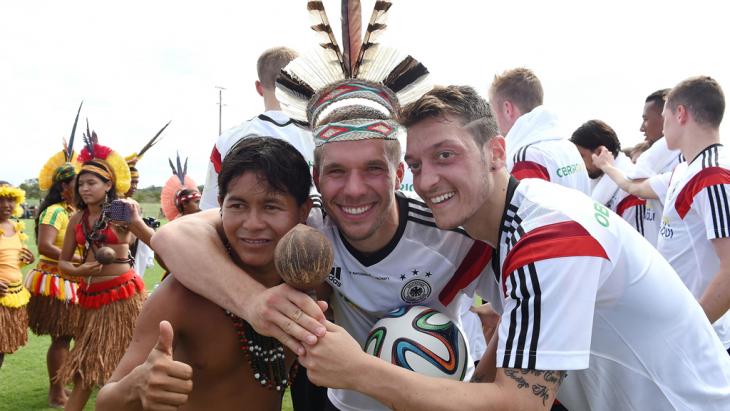 "Our society must also begin to honour the strengths of German citizens with migrant roots. In soccer, this is exactly what appears to have worked. Reservations were overcome by strength, talent and team spirit," writes Karimian

But this ignorant view overlooks the fact that top players like Özil or Khedira, who are doubtless among the best footballers in the world, showed greater talent and ability in their youth than many Germans. To be a soccer professional at international level requires not only an immense competitive spirit and talent, but also the ability to withstand pressure, and a personal and collective sensitivity – traits that completely dispel all the usual clichés applied to sportsmen and sportswomen with a migrant background.

Özil and his team colleagues not only represent multicultural Germany: they also serve as popular role models within German society. This means soccer should be afforded greater appreciation as an important and effective force for integration.

Although a recent education report ascertained that people from migrant backgrounds are still struggling within Germany’s education system, this does not compromise the value of German soccer as a model of successful integration. Instead of generally downgrading positive examples of integration, we should be doing more to establish the exact causes of these educational deficits.

Our society must also begin to honour the strengths of German citizens with migrant roots. In soccer, this is exactly what appears to have worked. Reservations were overcome by strength, talent and team spirit. This positive example should not only serve as a model for sport, but also for business or education. We must finally understand that success is accomplished first and foremost through diversity.

On 15 June, the "Islamkolleg" in Osnabruck officially launched its new training programme for imams in German. The college is intended to prepare Islamic theologians for their ... END_OF_DOCUMENT_TOKEN_TO_BE_REPLACED

For centuries, the great classical Persian author Hafez has inspired German writers. Translations, adaptions and homages have been created in his wake, and the process continues ... END_OF_DOCUMENT_TOKEN_TO_BE_REPLACED

Business in the Moroccan city of Tangiers is booming due to its location at the nexus of global trade routes. But many locals are failing to reap the benefits. What they crave ... END_OF_DOCUMENT_TOKEN_TO_BE_REPLACED

Morocco and the European Union are at cross purposes when it comes to the Western Sahara. And, as Germany does not support Moroccan claims to the territory, a major conflict has ... END_OF_DOCUMENT_TOKEN_TO_BE_REPLACED

Jewish voices are much more diverse than the public often sees. Jewish men and women who oppose the injustice of Israeli occupation in the West Bank deserve our respect and ... END_OF_DOCUMENT_TOKEN_TO_BE_REPLACED

They’ve already got the Louvre; they’ll soon have a Guggenheim Museum as well – and now the Emirates have added literature to their quest for cultural supremacy in the Arab world ... END_OF_DOCUMENT_TOKEN_TO_BE_REPLACED
Author:
Shohreh Karimian
Date:
Mail:
Send via mail

END_OF_DOCUMENT_TOKEN_TO_BE_REPLACED
Social media
and networks
Subscribe to our
newsletter