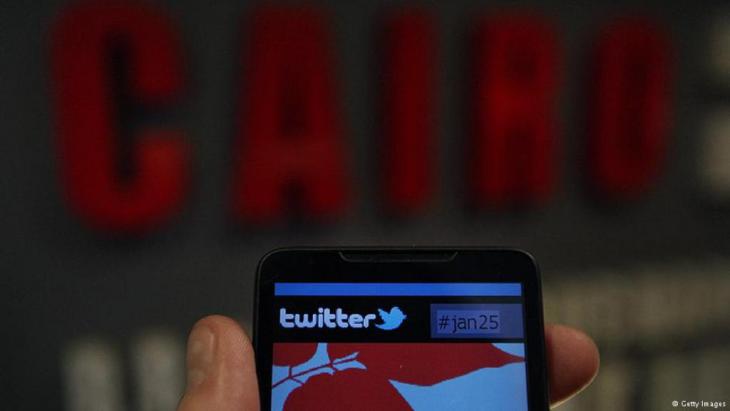 If we are to counteract the scourge of Islamic misinterpretation and defend what is intrinsically a religion of peace, argues Abdalhadi Alijla, we need educational, civil society and means-tested programmes coupled with a stronger political will

2017 was just a few minutes old when innocent civilians from around the world found themselves caught up in a vicious terrorist attack at Istanbul′s famous nightclub and restaurant, Reina. Unsurprisingly, most of the victims were of Arab descent, from Palestine, Lebanon, Saudi Arabia, Jordan, Tunisia, Kuwait and Iraq.

Over the past five years, Muslims have been the victims of between 82-97% of terrorism-related attacks. Muslims in Muslim-majority countries have been targeted more than anyone else by IS, al-Qaida and other groups engaged in sectarian slaughter throughout the world. Indeed they are the primary victims and targets for these terrorist attacks.

The psychology of religious-based terrorism and "takfirism" – apostasy – originates from the belief that those who follow a different path are non-believers and must be terminated. This philosophy also includes those who deviate from even the most minor points of Islamic tradition.

An interview conducted with the Saudi terrorist Khalid Al-Mawlid in 2013 is a perfect example. In it, he is heard revelling in minutiae relating to the Prophet Muhammad′s tomb with which he impeaches millions of Muslims, his interviewer among them. According to Al-Mawlid′s understanding of Islam, the Prophet Muhammad′s tomb must be demolished. Those who agree to keep it in its current state are apostate: they either need to repent or die – at the hands of true believers, naturally. It was this irrelevance which prompted him to engage in terrorist activities in Somalia, Afghanistan and Pakistan.

For every terrorist attack taking place in Europe, the evolving social media divide people into two camps: those who justify such attacks and defend them, using all forms of available religious and hidebound tools; and those who denounce such attacks and consistently try to explain the misuse and manipulation of religion. 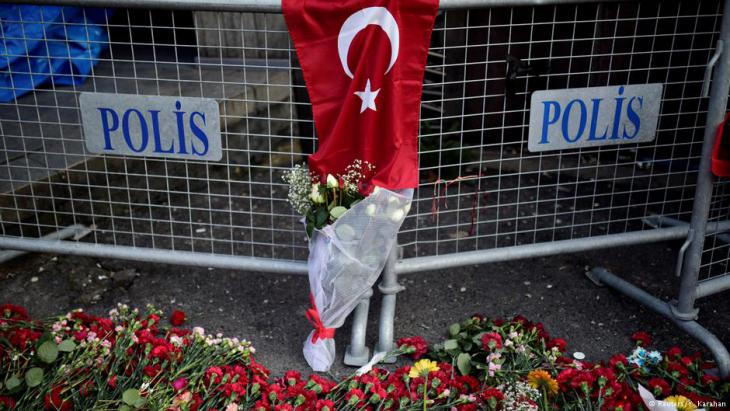 Hijacked by extremists: "what began as an outpouring of grief on social media following the attack in Istanbul became a debate as to whether it was ethically acceptable for the victims to be in such a place (nightclub: den of ill-repute) in the first place," writes Alijla

At the same time an invisible battle is also taking place on social media between Muslim and Arab activists and intellectuals who condemn terrorism and all forms of religious extremism on the one hand and a minority of non-representative, barely articulate Muslim groups who misuse Islam and its narratives to justify such terrorist acts on the other.

This battle is ferocious, especially for those who work and live in western countries and economically developed Arab societies such as the UAE. The ability to combat terrorism with intellectualism or to influence ideologies that pave the path for extremism is an extremely laborious, challenging, not to mention unprecedented task.

Many Muslims, Arab intellectuals and activists are currently fully embedded in this battle and will continue to be (either individually or through NGOs) for an unspecified length of time.

Another complication is that many of the extremist groups were actually founded and reside in the West. The events which followed the Istanbul′s nightclub terrorist attack clearly illustrate this. Instead of condemnations, social media were full of allegations posted by the extremist groups; the latter effectively suceeded in hijacking the discussion. What began as an outpouring of grief following the attack became a debate as to whether it was ethically acceptable for the victims to be in such a place (nightclub: den of ill-repute) in the first place.

The deep differences observed between social media users reflects the severity of the social and intellectual chasm that currently divides the Arab region. This latest terrorist attack has uncovered just how urgently we need to acquire a deeper understanding of extremism and extremist groups if progress is to be made in quelling their activities.

I would urge western and some Arab countries (such as the UAE and other Gulf countries) to exercise harsh and stringent measures against religious extremists who believe in and encourage the slaughter of others based on their lifestyles and ideologies.

To live in an economically and socially developed country and applaud the killing of innocent people because they were in a nightclub is simply unacceptable. Such views, perceptions and beliefs merely feed the flames of IS and others. 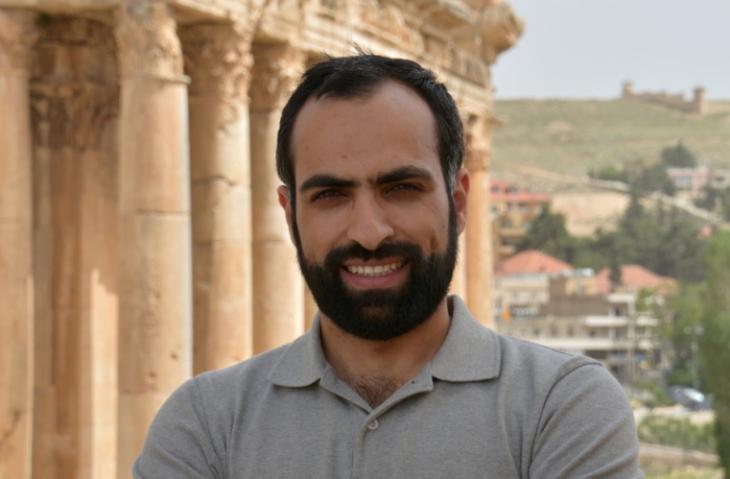 Abdalhadi Alijla is a research fellow at the University of Milan and the executive director of the Institute of Middle Eastern Studies Canada (IMESC). He serves as the regional manager for Gulf countries at Varieties of Democracy Institute, Gothenburg University, Sweden

A failure to condemn those who share such perceptions and ideas means you are sitting on a time bomb. Such people do not deserve to enjoy the economic prosperity, social equality and justice offered by civilised countries. These commodities are a luxury that they should not be able to afford, given the fact that they actively support the murder of innocent individuals and encourage extremism and terrorism guided by their religious ′morals′.

As long as official efforts are not adequately enforced, the many attempts by activists and intellectuals throughout the Muslim world to counteract extremism – online, lobbying, demonstrating and the like – will remain insufficient.

A stronger political will coupled with educational, civil society and means-tested programmes is crucial if we are to counteract the scourge of Islamic misinterpretation and defend what is intrinsically a religion of peace.

Abdalhadi Alijla is a research fellow at the University of Milan and the executive director of the Institute of Middle Eastern Studies Canada (IMESC). He serves as the regional manager for Gulf countries at Varieties of Democracy Institute, Gothenburg University, Sweden.

Home
Print
Newsletter
More on this topic
Combating violent extremism: Could Sufi Islam be the cure-all?Interview with French extremism researcher Olivier Roy: ″Radicalisation is not the result of failed integration″RLA winner Mozn Hassan on civil repression in Egypt ″Now′s the time to be creative″Omar Saif Ghobash′s ″Letters to a young Muslim″: Seeking the Muslim individual
Related Topics
'Islamic State' | IS, Education, Jihadism | Jihadists, Radicalisation
All Topics

Ever since a 2007 decree by the Canadian parliament, October has been celebrated as the country's Islamic History Month. Four weeks of events across the country highlight the ... END_OF_DOCUMENT_TOKEN_TO_BE_REPLACED

Iranian-Canadian author Ava Farmehri’s debut novel paints a bleak picture of growing up in Iran after the Islamic Revolution. The book is both a prison novel and a reflection on ... END_OF_DOCUMENT_TOKEN_TO_BE_REPLACED

Last week Egypt's police stepped up an "unprecedented escalation" on activists by arresting a leading rights group director. Advocates on the Nile have long weathered a crackdown ... END_OF_DOCUMENT_TOKEN_TO_BE_REPLACED

In France and in Canada's Francophone province of Quebec issues of personal freedom have recently been thrown into sharp relief. In Quebec, legal proceedings have been initiated ... END_OF_DOCUMENT_TOKEN_TO_BE_REPLACED

A friend of the murdered journalist Jamal Khashoggi, Omar Abdulaziz is a thorn in the side of Saudi Arabia. Living in exile in Canada, the activist has been warned by the police ... END_OF_DOCUMENT_TOKEN_TO_BE_REPLACED

In 2017, Sarah Hegazy was arrested in Cairo for displaying a rainbow flag, the symbol for homosexuality and queerness, at a concert. The activist recently took her own life in ... END_OF_DOCUMENT_TOKEN_TO_BE_REPLACED

Comments for this article: An invisible battle

Why no mention of the 'Islamic Republic'?

It's odd that none of these experts who are all so very rightly exercised by the so-called "Islamic State's" heinous extremism have a word to say against the equally heinous extremism of the so-called "Islamic Republic of Iran", whose sectarian extremism, repression and regional expansionism are no less odious, bloody and brutal than those of ISIS - indeed many experts, including Western intelligence agencies, have provided substantial evidence of strong ties between the Iranian regime and multiple terror groups, including ISIS, Al Qaeda and the Taliban, while the Iranian regime's own (more overt) regional militias (many associated with Assad) have been assisted in perpetrating crimes against humanity by US air and ground forces. Or maybe that's why we're not meant to mention them...

END_OF_DOCUMENT_TOKEN_TO_BE_REPLACED
Social media
and networks
Subscribe to our
newsletter