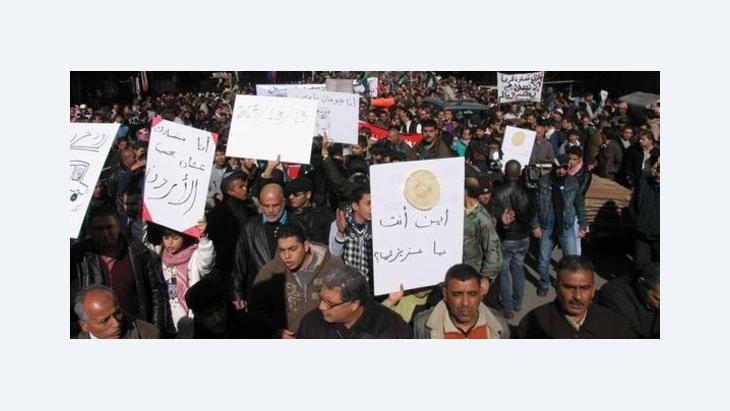 Social Media and the Arab world

Time for Jordan to Go Offline

To this day, social networks serve an important purpose in Jordan in rallying movements against authoritarian rule and social injustice. But their significance during the Arab Spring in the Hashemite kingdom was overrated, as Yasmine El Gharaibeh reports.

In a country like Jordan, where the Arab Spring has inspired a series of demonstrations and protests demanding fast reform, and where social networks such as Facebook and Twitter are on top of its most visited sites, the power of social media in creating protest movements is subject to question.

At the beginning of the Arab Spring, many campaigns were initiated via social networks. Although all aimed at playing an active role in presenting the youth and gear towards change, most have failed to translate online movements to "offline" ones that occupy the streets.

However, other equally important results have surfaced. The room that social media created for debate could have never been available through any other means. It can be safely said that social media offered the chance for the youth that usually remained silent about sensitive local issues, to speak out.

The twitter tag #reformjo provides a good example. Created by a prominent Jordanian blogger in the beginning of the Arab spring the hashtag on twitter brought together activists, professionals, politicians and opinionated citizens. 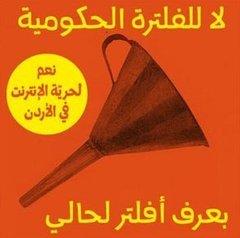 Jordanian online campaign for Internet freedom: "No government censorship – I can filter myself!"

​​Although activists on the hashtag attempted to carry out protests demanding reform, the little turnout emphasized the substantial gap between online enthusiast and on-ground activism. The protests organized by the Islamic Action Front proved to be the largest even though they had minimal presence on social media.

Nevertheless, these interactions have since spurred a continuous online debate concerning key issues in the kingdom. People fearlessly approach sensitive topics that have for long been considered as taboos. The hashtag later succeeded in breeding an "offline debate" organised by a local blog. The heated debates were named "hashtag debate", in reference to the ongoing online ones. The debates whose audience consisted mainly of young people aged between twenty and thirty, hosted politicians, officials and activists who discussed topics such as the constitutional monarchy and political freedoms.

Arguably, other campaigns have also been able to serve as a form of online discussion. Recently and following the talk about the government elevating electricity prices, a Facebook campaign called "Samtak Bikalafak", meaning "Your silence will cost you", initiated its on-ground activities in March and encouraged the public to "stand up" against increasing prices. 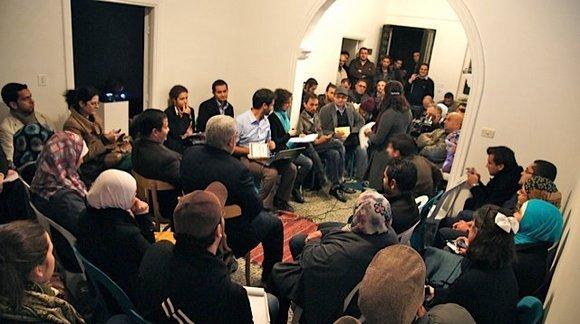 Chasm between online enthusiasm and genuine activism: Although activists tried to use the Internet to initiate protests and demand reforms, participation in civil demonstrations remained low

​​While it is hard to tell whether these campaigns will create the pressure needed to stop such governmental decisions, they certainly give a panoramic view of opposing and supporting opinions as campaign pages host different voices from various backgrounds.

In general, as a result of the lack of solid data that measure the impact of online campaigns, and given that the number of followers or size of a group rarely gives an indication of the number of on-ground active members, one can only speculate why only few were able to carry the movements to the street.

One suggested reason is that many believe that social media campaigns have only been successful in rallying elitists and activists and failing to tap into the true tendencies of the public. This might also be associated with the use of English language in various campaigns that contributed to the fact that they remained enclosed within small groups.

The primacy of offline activism 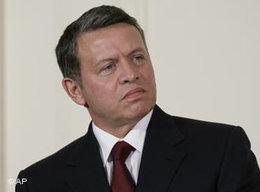 Took the wind out of the opposition's sails: As protests in Egypt reached their zenith in January 2011, King Abdullah announced a programme of cautious domestic reforms, as well as replacing his controversial Prime Minister Samir Rifai

​​Another reason might be the lack of organisation in some campaigns and the fact that unlike community-organised campaigns, very often, members do not feel obliged to attend an event or become more active just because they have joined the cause online.

Moreover, some issues might seem to be "exaggerated" on social media. The initiators aim to rally supporters while their cause might not be a pressing or urgent matter that requires the movements to leave the cyber world.

As the inevitable growth of online campaigns in the Arab world affirms the increasing importance of establishing an impact measurement method, the true added value of these campaigns will be best manifested when "offline" organisation takes place first. The campaign can then be promoted via social media to rally supporters.

Making use of social media will facilitate networking among supporters and help communicate and publish news and events and ultimately achieve predetermined objectives. The space that social media creates for discussion and debate is undoubtedly bound to lead to spontaneous movements in the near future.

In Jordan, members of civil society have set up the first shelter for women who are under threat of death from their own families. For one year now, such women have been able to ... END_OF_DOCUMENT_TOKEN_TO_BE_REPLACED

Basma, Jad and Ma'zooza are about to join the Sesame Street family. The trio of new Arabic-speaking characters will help teach children in the Middle East to read and write, as ... END_OF_DOCUMENT_TOKEN_TO_BE_REPLACED

Equality in divorce, a ban on polygamy: reformers of Islamic family law have a clear agenda. They are exploiting the ambiguity of traditional jurisprudence. By Joseph Croitoru END_OF_DOCUMENT_TOKEN_TO_BE_REPLACED

The stereotype of the oppressed Arab woman continues to dominate public discourse throughout Europe. Not only is this skewed image altering the perception of changing notions of ... END_OF_DOCUMENT_TOKEN_TO_BE_REPLACED
Author:
Yasmine El Gharaibeh
Date:
Mail:
Send via mail