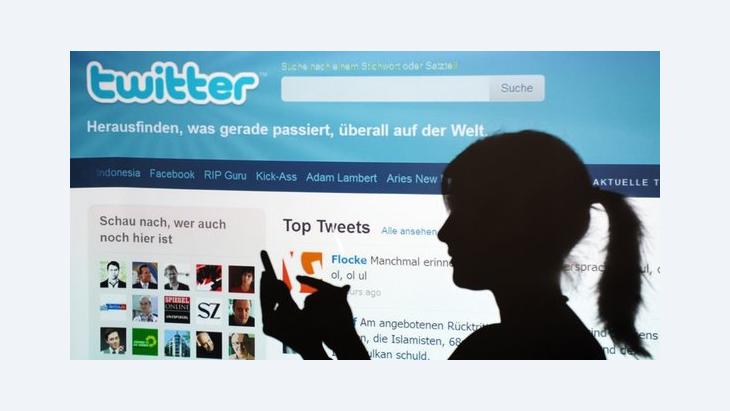 A growing number of young Turks are turning to social media, complaining that mainstream media are being increasingly controlled by the government. Dorian Jones reports from Istanbul

Sitting in a busy cafe in downtown Istanbul, Hale holds her Blackberry, while sipping tea, and checks the latest events in Turkey. "I am trying not to use the phone to check Twitter," says Hale, "I only check for hot news, or something urgent. But I check newspaper sites less now because I get most of my information from Twitter. You have blogs, you have news sites. So, I don't care what the mainstream media does," she says.

Hale is part of a growing phenomenon, according to media and Internet expert, Professor Yaman Akdeniz, of Istanbul's Bilgi University. Akdeniz claims the media is increasingly seen as under the thumb of the government since its third successive landslide victory last year. "Since the elections," says Akdeniz, "we can feel that the media is not directly but indirectly controlled by the government."

Human rights groups say there are currently over a hundred journalists in prison in Turkey. The government disputes this. But the country is witnessing an explosion in social media. The combination has seen social media becoming a powerful rival to mainstream news. 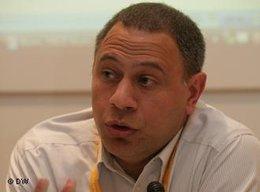 Yaman Akdeniz: "Since the elections, we can feel that the media is not directly but indirectly controlled by the government"

"We witness self censorship and self-policing by television channels and also newspapers," Akdeniz explains. "This has resulted in society turning to other forms of news gathering from social media, and people have started to act as journalists themselves."

Turkey is among the region's frontrunners in developing mobile telephony and internet access. Coupled with a young and net savvy population the result is a social media boom. Currently there are nearly 30 million Facebook users and 4 million tweeters – 4th and 8th respectively in the world.

The power of social media as a news provider gained a lot of ground but an even stronger confirmation came last December.

On the night of December 29, 2011, 35 Turkish-Kurd civilians were killed in a botched Turkish airstrike aimed at the Kurdish rebel group, the PKK. The attack occurred in Uludere (Sirnak) on the mountainous Turkish Iraqi border. Similar incidents in the past were often covered up by the military in a veil of secrecy. But not this time.

Despite its isolated location, within hours of the attack graphic photos of the victims were posted on Twitter by local Kurds, closely followed by statements from family members. The news spread quickly, helped by Tweet activists like Cigdem Mater. 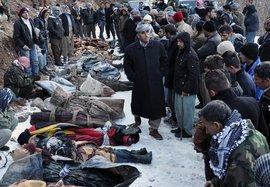 Media revolution: Attacks on Kurds in the past were often covered up by the military. But in December of last year, the news of an air strike against alleged Kurdish rebels spread quickly via the Internet

"It was so weird – all the journalists, who are so active in Twitter, but who are also in the mainstream media, were saying, Oh, my God, none of the mainstream media is speaking about it," said Mater. "But if Twitter did not exist, I am sure we would hear about it like 2 or 3 days later. And we will never know much about it."

The lightening speed with which the information spread out of the rugged mountainous region was made possible by widespread fast 3G coverage – a legacy of the Turkish army's decades-long campaign against the PKK rebels in the predominantly Kurdish southeast. Even though this is one of Turkey's poorest and most rural regions, it has a well developed communications network because the security forces relied heavily on mobile phones for communication.

"Major phones companies provide free cell phones and Facebook and Twitter service to the cell phone users. And many of the kids, starting from 12 year olds to 23 year olds have cell phones," says Berke Bas, a lecturer in media studies at Istanbul's Bilgi University. 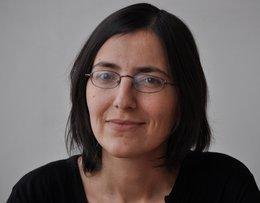 ​​Bas, who is working on a project on Kurdish youth, says social media has become a powerful tool for Kurds. "I think it's a very important source of news for them," said Bas. "Because Turkish media has no interest and real inquiry into the dynamics in the southeast, or the demands of these people and what they are reacting against, and this builds an incredible anger."

"But I think we should still be able to rely on mainstream media because social media creates its own small communities where you don't interact – what is definitely needed in this country is Turks and Kurds getting to know each other," Bas said.

The fear that social media could exacerbate a polarization in Turkish society is growing concern for Bas' colleague Professor Akdeniz. "Polarization is going to be a huge problem in social media and it will be difficult to address," Akdeniz said. "Turkey is divided along ethnic, religious, social and political lines." But Akdeniz fears the government may turn to the wrong solutions.

"Censorship is not a solution, or filtering or blocking these sites, but I think the next level will involve prosecutions and they will start going after people," said Akdeniz. "Then perhaps people might worry about using these micro-blogging sites or social media platforms. We should resolve these tensions through education."

Home
Print
Newsletter
More on this topic
Press Freedom in Turkey: Against the Criminalization of JournalismRepression of Journalists in Turkey: Fighting Press Freedom with Anti-Terrorism LawsTurkey's Kurdish Policy: The Return of the Hardliners
Related Topics
Democracy and civil society, Freedom of the press, Human rights, Kurdish-Turkish Conflict, Kurds, Media dialogue, Media in Turkey, New media in the Muslim world
All Topics

Historically Iraq's Yazidi community was isolated, under-resourced and very conservative. Seven years after the "Islamic State" tragedy, the community is more open to the world – ... END_OF_DOCUMENT_TOKEN_TO_BE_REPLACED

Young people in northern Iraq are so disillusioned that many are trying to leave the country any way they can. Some fear widespread discontent could push people toward potentially ... END_OF_DOCUMENT_TOKEN_TO_BE_REPLACED

The village of Vakıflı (population 150) in the southern Turkish province of Hatay near the Syrian border is the last remaining Armenian village in Turkey. Lately, interest in the ... END_OF_DOCUMENT_TOKEN_TO_BE_REPLACED

How can the various realities of Kurdish life, shaped by depression, resistance and war, be depicted in art? This is the question addressed by the “bê welat – the unexpected ... END_OF_DOCUMENT_TOKEN_TO_BE_REPLACED

Ayse Gerner is a Muslim woman and a marriage counsellor. It is a combination appreciated by her clients, most of whom are Muslim. Although Muslim couples face the same ... END_OF_DOCUMENT_TOKEN_TO_BE_REPLACED

Born amid the horrors of war in Iraqi Kurdistan, Danish author Sara Omar now uses her voice to denounce violence inflicted on women in the name of reactionary Islam, a "calling" ... END_OF_DOCUMENT_TOKEN_TO_BE_REPLACED
Author:
Dorian Jones
Date:
Mail:
Send via mail

END_OF_DOCUMENT_TOKEN_TO_BE_REPLACED
Social media
and networks
Subscribe to our
newsletter