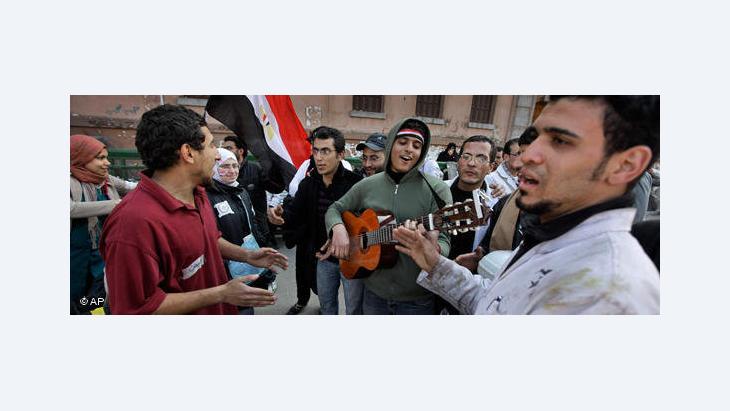 The output of young artists in the Arab world is clear evidence that young people here have for a long time been grappling with prevailing social conditions in their particular nations. Observations by Charlotte Bank

Many in Europe have been surprised by the revolutions in the Arab world and the key role played in these by young people. For too long, the West has been accustomed to seeing this part of the world represented by authoritarian regimes and backward, traditional societies.

The fact that Arab youth has long broken out of this straitjacket was quite simply overlooked on many counts. The old rulers with their antediluvian rhetoric and backward world view faced a generation of highly educated young people – people who have, as a matter of course, embraced the digital modes of communication that have emerged in the late 20th and early 21st centuries.

For some time now, young video artists and filmmakers have primarily devoted themselves to a myriad of socio-cultural and socio-political subjects. For an outsider looking in, their approach to taboo issues is astonishingly free and unencumbered.

Web-wise and media savvy: "This generation is just as effortlessly wired up to the global virtual world as their contemporaries in the West. But previously, they were excluded from political and social decision-making," writes Charlotte Bank

Earlier generations of artists – with few exceptions – saw themselves as bystanders, rather than active co-architects of society. A new generation of artists has emerged since the late 1990s that no longer perceives itself as apart from society, one which is motivated by the desire to make an active contribution to the shaping of new social approaches.

As part of this process, film and video developed into the artistic media of choice. Cheap to make and economical in terms of space – the finished products are easy to transport and dispatch – and owing their position at the interface between film and visual art, they facilitate a greater exposure than traditional media, as both film festivals and art events also provide a forum for presentation.

The medium's popularity is also due to its directly active character. The artist is not tied to a studio, is not set apart from society, but can take his or her art to the streets, mingle with the people and tackle issues that are relevant and current for all citizens. For a generation that often had a sense of powerlessness in the face of unacceptable living conditions, this kind of direct social interaction had a particular appeal.

In the tradition of socially critical cinema 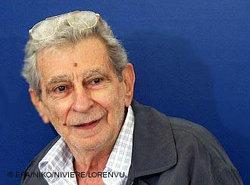 Socially critical spirit and role model for the younger generation: The Egyptian Youssef Chahine was viewed as the "enfant terrible" of Arab cinema. He died on 27 July 2008 in Cairo, aged 82.

​​As well as literature, film as a vehicle for social criticism has a long tradition in the Arab world.

Lebanon's Borhan Alaouié, Maroun Baghdadi and Randa Chahal, the Syrians Mohamad Malas, Oussama Mohammad and the documentary film maker Omar Amiralay who recently passed away, the Egyptians Youssef Chahine, Daoud Abdel Sayed and the pioneers of Maghreb feminist cinema, Moufida Tlatli, Farida Ben Lyazid and Néjia Ben Mabrouk are all present, among others, on a long list of filmmakers who, often at considerable personal risk, repeatedly address social grievances in their films, and criticise the misconduct of their governments. Young "videastes" can draw on this visual, critical tradition to the same extent as their status within the global contemporary arts scene.

The social commitment of the young artists' generation reveals itself in pieces of work that grapple with numerous issues in a critical fashion. The effects of war and civil strife on society, official historiography and rhetoric – these subjects are examined and scrutinized to the same extent as gender roles and interaction with media.

The international stigmatisation of Arabs in Western perception occupies a central role in the work of many artists within the Arab Diaspora. Their aesthetic approach shows influences from a vast range of different genres, also from beyond the actual art discourse. Various visual references are provided by the European film d'auteur cinema, international documentary cinema, US-American trash films, television commercials and television news programmes.

Usually, the artists work with historic texts and "found footage" – existing film and photographic material. And sometimes, technical refinements are deliberately dispensed with and work is conducted in the "raw" style of home videos, to attain a greater proximity to the audience.

[[{"fid":"7368","view_mode":"large","type":"media","attributes":{"height":"300","width":"205","alt":""Phatwa" film poster ","title":""Phatwa" film poster ","class":"media-element file-large image-left"}}]]​​The pop culture aesthetic is used by many artists to address serious social issues and reach a broader public than would be possible with traditional methods such as the documentary film.

For example in her short film "Phatwa" (2008), the Iraqi-Canadian video and film maker Hala Alsalman uses a pop video format with integrated cartoon elements, to scrutinise in a humorous and ironic way the common practice of "profiling", as well as the western stereotype of the "Arab terrorist".

The Palestinian artist Larissa Sansour uses similar means to comment on international political discourse. In the video "Sbara" (2008), which alludes strongly to Stanley Kubrick's horror classic "The Shining" from the year 1980, the artist criticises the demonization of Arab-Muslim "others" in western discourse.

Tunisian artist Moufida Fedhila utilises a severe black-white aesthetic, which is reminiscent of footage from the concentration camps post-liberation, to question the segregation policy of an Italian city in its dealings with African immigrants.

Conflicts between the individual and the authorities and social hardship have always played a central role in the Syrian film d'auteur, and also remain a key focus of many works by young generation film and video makers. This means that while the youngsters are on the one hand signing up to the Syrian tradition of socially critical art, they are on the other hand also subscribing to the regional movement of young critical video and film art.

[[{"fid":"7369","view_mode":"large","type":"media","attributes":{"height":"318","width":"195","alt":""Crack" film poster by Reem Ghazzi ","title":""Crack" film poster by Reem Ghazzi ","class":"media-element file-large image-right"}}]]​​In the experimental documentary film "Crack" (2007), the filmmaker Reem Ghazzi criticises the brutality of arbitrary arrests and shows the story of a bitter man who, after his beloved son is sent to prison, decides to withdraw from society and its cruelty.

Whereas Ghazzi's film portrays a physical retreat from society, in "Stone Bird" (2006), Hazem Alhamwi thematicises a strategy of mental retreat, chosen by a man who opts for insanity to escape an impossible personal conflict.

Works like these testify to the great civil commitment of young generation artists in the Arab world. And they do not limit themselves to words and pictures – as demonstrated today by among others the initiative to boycott the Guggenheim Museum in Abu Dhabi, launched by two conceptual artists – the Palestinian Emily Jacir and Walid Raad from Lebanon. Together with more than 1,000 international artists who have signed the petition, they are calling for better working and living conditions for migrants working on building sites – threatening to refuse to ever exhibit at the institution if these demands are not met.

During the course of the protests across the entire region, young artists, musicians and filmmakers campaigned and are still campaigning for freedom and individual rights. Until a few months ago however, the idea that these young people would achieve any success with their demands was for many people unthinkable. Or as the Egyptian video artist put it: "My generation has spent a great deal of time with accusations and complaints. It never occurred to us to spend 18 days on Tahrir Square and simply demand what we wanted."

Tunisia has launched a successful transition to democracy, but difficult economic and social times lie ahead. According to political scientist Said AlDailami, Europe should focus ... END_OF_DOCUMENT_TOKEN_TO_BE_REPLACED

Mass protests began in Egypt on 25 January 2011. They triggered the overthrow of long-time ruler Mubarak. Ten years later, many human rights activists and journalists are in ... END_OF_DOCUMENT_TOKEN_TO_BE_REPLACED

Mass protests began in Egypt on 25 January 2011. They triggered the overthrow of long-time ruler Mubarak. Ten years later, many human rights activists and journalists are in ... END_OF_DOCUMENT_TOKEN_TO_BE_REPLACED

Recent unrest shouldn't come as a surprise to anyone who's followed Tunisia's trajectory. The image of the North African country as the only "survivor" of the uprisings in the ... END_OF_DOCUMENT_TOKEN_TO_BE_REPLACED

Ten years after the start of the Arabellion in North Africa and the Middle East, many view the movement as a failure. But rather than being over, it has now entered a more mature ... END_OF_DOCUMENT_TOKEN_TO_BE_REPLACED

M’hamed Oualdi presents the story of a manumitted-slave-turned-dignitary in the Ottoman province of Tunis and the posthumous conflicts over his estate as a case study to ... END_OF_DOCUMENT_TOKEN_TO_BE_REPLACED
Author:
Charlotte Bank
Date:
Mail:
Send via mail

END_OF_DOCUMENT_TOKEN_TO_BE_REPLACED
Social media
and networks
Subscribe to our
newsletter