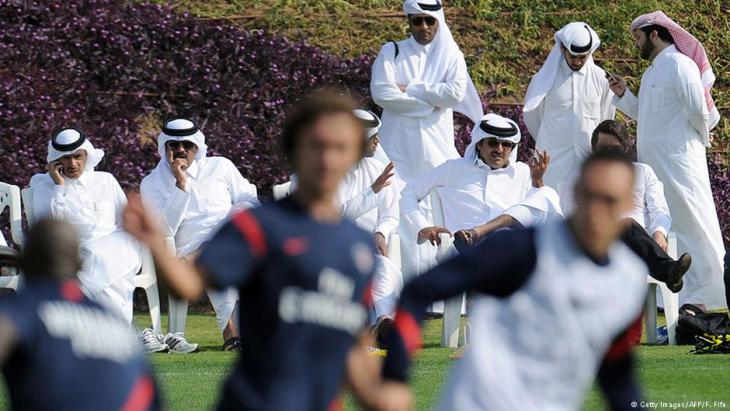 Soft power and football
Qatar vs. UAE: The not-so-beautiful game

In the race to buy influence, garner soft power and win over hearts and minds, those involved in the three-month old Gulf crisis are hell-bent on raising the stakes. Commentary by James M. Dorsey

As the window closed this week for the buying and selling of players, Qatar and the UAE stunned European football by driving prices through the roof and calling into question UEFA′s Financial Fair Play rules.

Qatar-owned French club Paris Saint-Germain (PSG) spent $476 million on two players: FC Barcelona′s Neymar and Monaco′s Kylian Sanmi Mbappe. No mean feat for a country of 300,000 citizens locked into an existential battle with a UAE-Saudi led alliance of African and Indian Ocean surrogates that is seeking to impose its will on Qatar by means of an economic and diplomatic boycott. Expenditure of $203 million by Abu Dhabi-owned Manchester City was similarly stratospheric, but paled in comparison.

The Qatari-UAE competition for jaw-dropping headlines is however about far more than trophy acquisitions and performance on the football pitch. By driving the price of football players into the stratosphere, Qatar was showing its Gulf detractors the finger, implying it could shake off their boycott as it might swat a fly. That is priceless in an environment in which the UAE-Saudi-led alliance has failed to garner widespread support for its boycott in both the Muslim world and the broader international community.

It is also priceless in an environment in which Qatar and the UAE have been spending humungous amounts in other areas, influencing research at leading think tanks and prestigious Western universities. Some of their beneficiaries have even been lured to establish lucrative campuses in Doha and Abu Dhabi, naturally at the expense of academic freedom and freedom of expression.

Qatar has undeniably managed to score points with its record-breaking football acquisitions. It has benefitted from the fact that while most Muslim and non-Muslim countries have shied away from taking sides in the Gulf crisis, their calls for a negotiated end to the solution is in fact more aligned with the Qatari position than with the alliance, which expects the unconditional acceptance of its demands by Qatar.

For Qatar, the football acquisitions are part of a far broader soft power strategy, which in many ways might be the most strategic and thought-through approach in the Gulf. Not only is sport a key aspect of the country′s effort to amass soft power, it is also a pillar of national identity. The 2022 World Cup will be the strategy′s crown jewel.

Yet, so far this approach has produced only mixed results. Performance on the pitch has not offered the Qatari government the kind of success that various other Arab autocrats have been able to exploit in their bid to boost their image. Qatar is the first World Cup host in almost a century not to qualify for the World Cup on its own merit. 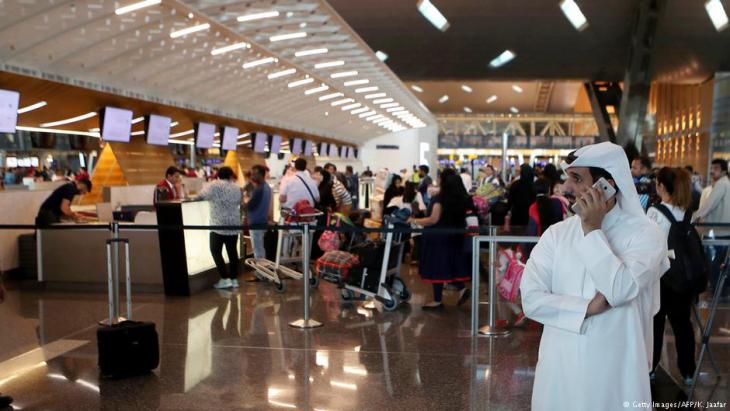 Fighting isolation on the world stage: vilified by the UAE, Saudi Arabia, Bahrain and Egypt for its support of ″international terrorism″, Qatar is intent on building up its reserves of ′soft power′. Developed by Joseph Nye of Harvard University, this concept describes the ability to shape the preferences of others through appeal and attraction, with money often playing a fundamental role

In the most recent example of political exploitation of the beautiful game, Saudi Crown Prince Mohammed bin Salam this weekend sought to curry popular favour by declaring that attendance of this week′s World Cup qualifier against Japan would be free. The match will decide whether the kingdom qualifies for next year′s World Cup in Russia. Prince Mohammed′s gesture came days after the UAE defeated the Saudis in another World Cup qualifier that put Saudi participation in the World Cup at risk.

Prince Mohammed enjoys significant popularity in the expectation that his push for economic reform and a limited degree of greater social and cultural freedom will create jobs and cater to the aspiration of football-crazy Saudis, a majority of whom are under the age of 30. Gestures like free attendance of a match serve to manage expectations that have yet to be met.

To its surprise, Qatar found that rather than being celebrated for its achievement as a small country in becoming the first Arab country ever to host a World Cup, it became mired in controversy over the integrity of its bid and pilloried for the living and working conditions of migrant workers, who constitute a majority of the Gulf state′s population. Instead of putting Qatar on a pedestal, winning the World Cup put it in the firing line with a wave of criticism of its kafala or labour sponsorship system, a regime that is not uniquely Qatari, but common throughout the Gulf. 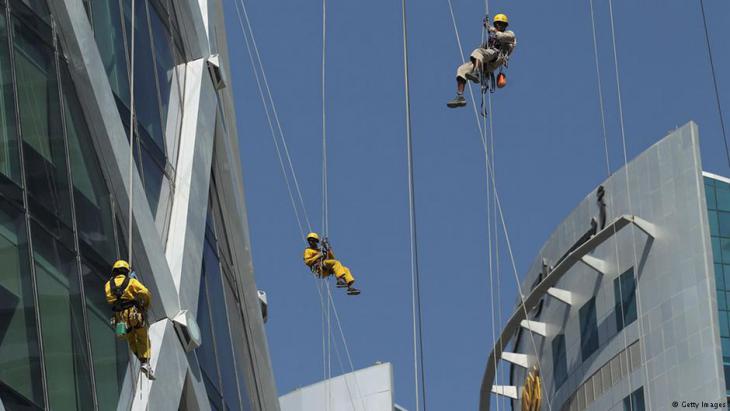 2022 World Cup host the focus of criticism: the ′kafala′ sytem of patronage nearly proved Qatar′s undoing. Faced with harsh criticism from human rights activists and the International Labour Organisation for labourers′ living and working conditions, Qatar has met the challenge head on, introducing reforms aimed at streamlining the system – an example other Gulf states would do well to follow

To its credit, Qatar has responded positively to the criticism and in stark contrast to other Gulf states engaged with its critics. A series of legal reforms have sought to address criticism of the system by streamlining rather than abolishing a scheme that puts workers at the mercy of their employers.

The degree to which Qatar may have succeeded in responding to its critics will be put to the test in November when the International Labour Organisation (ILO) reviews the Gulf state′s reforms. The ILO last year warned that it would establish a Commission of Inquiry if Qatar failed to bring its regime in line with international standards.

Such commissions are among the ILO′s most powerful tools to ensure compliance with international treaties. The UN body has only established 13 such commissions in its century-long history. The last such commission was created in 2010 to force Zimbabwe to live up to its obligations.

At the bottom line, the limited benefit both Qatar and the UAE have reaped from massive investment in soft power and public diplomacy suggests that money alone does not buy autocracies empathy or legitimacy. For that, the images they attempt to project need to be backed up by policies at home and abroad that are aligned and bear witness to claims cleverly crafted by politicians, lobbyists and public relations experts. Both Qatar and the UAE still have some work to do.

In Doha, Arabs from Morocco, Tunisia, Egypt and Algeria are gathering to celebrate the first ever FIFA World Cup to be held on Arab soil. The criticism from Europe? Over the top, ... END_OF_DOCUMENT_TOKEN_TO_BE_REPLACED

After a two-year hiatus, the Arab League re-convened at the beginning of November in Algiers against a backdrop of uncertainty and discord. By Pierre Boussel END_OF_DOCUMENT_TOKEN_TO_BE_REPLACED

Anger in the Middle East is spreading over comments made by an official of India's ruling BJP about the Prophet Muhammad, with various countries summoning New Delhi's envoy and a ... END_OF_DOCUMENT_TOKEN_TO_BE_REPLACED

Women's empowerment in the Gulf has become a tool of deflection, rather than a genuine effort to promote women’s full and equal participation in society. By Mira Al-Hussain END_OF_DOCUMENT_TOKEN_TO_BE_REPLACED

A straightforward message emerged from last week’s meeting in the Negev desert of the foreign ministers of four Arab countries, Israel and the United States: Israel is key to the ... END_OF_DOCUMENT_TOKEN_TO_BE_REPLACED

Hamburg lawyer Eugen Balin is a member of the World Jewish Congress' Jewish Diplomatic Corps. At the end of 2021, a delegation of the Corps visited the United Arab Emirates, which ... END_OF_DOCUMENT_TOKEN_TO_BE_REPLACED
Author:
James M. Dorsey
Date:
Mail:
Send via mail

END_OF_DOCUMENT_TOKEN_TO_BE_REPLACED
Social media
and networks
Subscribe to our
newsletter