Somalia and Ethiopia
"Against the Islamists, Peace Is Impossible"

Somalia's government and Ethiopian troops drove out the Council of Islamic Courts late last year, but the government is now struggling with a growing insurgency. In this interview, Wolfgang Heinrich, expert on northeast African affairs, says the West used the wrong strategy 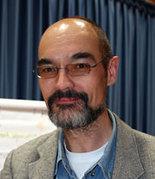 Ethiopian troops are starting to move out, African Union troops are moving in – but in the end, piece can only be achieved by involving all political forces in Somalia, argues Wolfgang Heinrich

​​Have the chances of peace in Somalia improved or worsened after the Islamic Courts were ousted?

Wolfgang Heinrich: For two reasons, they have worsened. First, the transitional government is a rather complicated alliance of warlords with diverging interests. They have not managed to draft sensible policies in the past two years. In that respect, nothing has changed, so the government does not even have the authority to act. Second, the Islamic Courts have been undermined politically. Therefore, there are no political organisations in Somalia who are competent to act and might engage as partners. Transition from military action to a genuinely political process has thus become more difficult.

Was there a real prospect of peace with the Islamic Courts? The Islamists were becoming more and more radical, after all.

Heinrich: In my view, that radicalisation was primarily a reaction to the negative international response to the increased authority of the Islamic Courts. As the Courts were denounced as outright Islamist and terrorist, their moderate and pragmatic factions were weakened, rather than strengthened. The international community completely ignored that the Islamic movement itself is very heterogeneous. Most Somalia experts believe that the radical forces were indeed more assertive and probably also stronger in a military sense. But in terms of numbers, they were the minority.

How strong was popular support for the Islamic Courts?

Heinrich: It was very strong, as became evident in the fact that the Courts, by Somali standards, used relatively little force – particularly when compared with the warlords – to extend their control. In addition, most of Somalia's Muslim leaders are not very dogmatic. Where the Courts had already been established for longer, they opted for a moderate version of Islam and pragmatic policy, basically trying to ensure the rule of law for the local population. Unlike the transitional government, they were quick to win the approval of the local people. The Courts were doing something about daily concerns and worries, after all.

Will Somalia now fall back into chaos? Or is it on the verge of a guerrilla war, waged by the Islamists against the government?

Before they were driven out of Mogadishu in January 2007, militias of the Islamists were in control of the city

​​Heinrich: Both could happen. The government has no integrating force. It cannot accommodate in a single coherent policy interests of conflicting warlords, who, by the way, now call themselves 'ministers'. I fear that attempts by the USA and other countries to promote peace in Somalia through investment and reconstruction programmes will fail. In the past, opposing interests among warlords always became manifest when lots of money poured into the country. That may happen again. The Islamic Courts, however, are politically shattered. From a military perspective, they are scattered all over the country. The weapons they had collected from the people have been redistributed. I expect there will be a marked increase in violence.

Do you foresee a scenario such as in Afghanistan or Iraq, where conflicts have religious dimensions? How do you assess the potential for radicalisation and "holy war" among the Somalis?

Heinrich: So far, religion has played a minor part in Somalia's conflicts. Clan loyalties and economic interests have been decisive, but that may certainly change after the Ethiopian intervention. That is all the more likely as interested parties in the Arab world are backing religious fanatics, arguing that Somalia is the next battlefield in the war between Islam and the Christian west. I am afraid that such slogans will find a growing audience, because the Somali people expect nothing from their African neighbours anymore, given those countries' one-sided support for the transitional government, which of course only reached Mogadishu thanks to the help of Ethiopian weapons.

For a while last year, it seemed the Islamic Courts and the transitional government might reach an agreement. Was there a real chance of that happening, or were the negotiations between the two sides merely for show?

Heinrich: I believe an agreement had been possible. I had the impression in early December that serious negotiations were possible, and they would clearly have increased the political weight of the moderate forces within the Islamic movement. There were talks between the Islamic Courts and Ethiopia in Yemen on 13 December (2006). The Yemeni government indicated afterwards there had been progress. That was ruined by Ethiopia's attack, which, to me, came as a surprise before Christmas.

Ethiopia is often portrayed as acting on behalf of the USA. What are Ethiopia's own interests?

Heinrich: First, Addis Ababa wants to prevent the influence of radical Islamists in its own country, especially in Ogaden. The government worried that the growing power of the Islamic Courts in Somalia would have radical repercussions in those areas of Ethiopia that are inhabited by Somalis. There definitely is a real risk of that happening, particularly as the affected regions are politically unstable. Second, Ethiopia observed with concern that Eritrea was supporting the Islamic Courts. For Eritrea, that was an opportunity to prevent Ethiopia from establishing itself as regionally hegemonic power. Therefore, the conflict between Ethiopia and Eritrea also matters in Somalia.

Will Ethiopian occupation last, or will Ethiopia try to influence Somali politics in the long run?

According to Heinrich, a trio made up of the European Union, the Arab League and the AU would have the greatest chances of establishing lasting peace

​​Heinrich: I have the impression that Ethiopia wants to control its neighbour politically. That inclination was already apparent in the strong Ethiopian influence on Somalia's peace talks in Kenya in 2004 and in the appointment of the transitional government. But I don't believe that Ethiopia wants to occupy Somalia permanently. Its government knows that doing so would cause considerable domestic problems. Now, of course, the question is how to manage to withdraw from Somalia.

Before the invasion, experts had warned that a deployment of an international peace force would meet with stiff resistance from the Islamic Courts. Today, deployment of such a force seems to be without any alternative. Who else can fill the power vacuum once the Ethiopian troops withdraw?

Heinrich: This is the dilemma the international community has manoeuvred itself into, by allowing Ethiopia to intervene without a plan for a political solution. An Ethiopian withdrawal would lead back to the previous state of affairs, because the transitional government is so weak. However, a peace force, too, can only secure Mogadishu and the larger places, but not the hinterland. Taking into consideration the Somali misadventure of the UN and the US in the early 90s, we know now that any peace force will probably have to be composed of African Union troops. I am concerned, though, that they, too, will not be greeted with enthusiasm.

What, then, has to happen politically?

Heinrich: A political process must start, involving the Islamic Courts, and not just their moderate factions. The radical groups also play a role. If they are excluded, a new source of potential trouble will be created right from the outset. A new peace process must be initiated which involves all political forces in Somalia. In my opinion, neither the USA nor the AU can achieve this on their own, nor can the East African IGAD states (Intergovernmental Authority on Development states) do so. A trio made up of the European Union, the Arab League and the AU would have the greatest chances of success.

What risk is there of the Somali conflict spreading to the entire region?

Heinrich: The risk has grown considerably because of the Ethiopian invasion. The militias of the Islamic Courts will reunite in the foreseeable future. If there is no comprehensive political process, they will re-export the violence brought to their country by Ethiopia.

Would that only affect Ethiopia?

Heinrich: No, Kenya is at risk, too. The way Kenya acted recently towards Somali refugees and the almost unqualified support for the transitional government have not exactly endeared Kenya to the Islamic Courts. Furthermore, Kenya also has a small Somali population, and Kenyan Muslims tend to feel they are treated as second-rate citizens.

Dr. Wolfgang Heinrich heads the Desk for Peace and Conflict Issues at Germany's Church Development Service (EED). He is an expert on northeast African affairs.

War in Somalia
Mogadischu between Plague and Cholera
For nearly 16 years Somalis have had no choice who governs their country. The invasion by Ethiopian troops has done nothing to change this. The responsibility lies above all with the failure of European diplomacy, says Marc Engelhardt

END_OF_DOCUMENT_TOKEN_TO_BE_REPLACED
Social media
and networks
Subscribe to our
newsletter