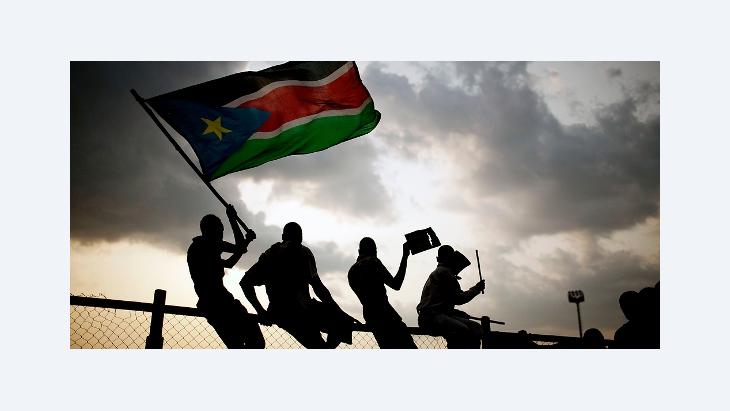 ﻿One year after South Sudan's independence hostilities with its northern neighbour continue. But due to the high degree of interdependence between North and South even after their separation, the two countries are forced to resolve their conflicting issues. An analysis by Stefan Wolff

﻿On 2 August 2012, a deadline set by the African Union and endorsed by the UN Security Council for Sudan and South Sudan to reach a comprehensive settlement on unresolved issues stemming from their separation in 2011 passed without an agreement being achieved. Negotiations, however, continued.

Despite some apparent progress, they were initially announced as having been called off without an agreement, but within hours an agreement on oil and an extended deadline for resolving the remaining issues was made public.

This may seem bizarre, but it fits a pattern of brinkmanship and last-minute deals brokered with international mediation, accompanied by sticks and carrots, that has plagued the relations between the two sides over the past several years and is at the heart of many challenges that especially South Sudan is facing.

No freedom after independence

South Sudan gained independent statehood according to provisions in the 2005 Comprehensive Peace Agreement (CPA) between the Sudan People's Liberation Movement and the Government of Sudan that put an end to a civil war between North and South. 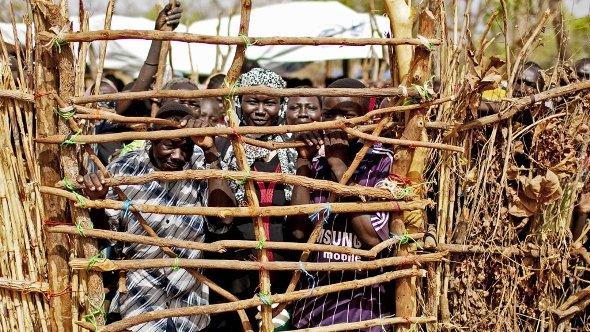 Humanitarian crisis virtually hidden from the world public: hundreds of thousands of refugees in South Sudan have fled the conflict in South Kordofan and Blue Nile States. Pictured: refugees in the Yida refugee camp, South Sudan

​​Independence may not have been a foregone conclusion, but it was foreseen as an option in the CPA, and eventually came about in a three-step process in 2011: a referendum on 9 January confirmed the South Sudanese people's overwhelming desire to separate from the rest of Sudan, on 9 July independence was officially declared, and on 14 July South Sudan was admitted to the United Nations as its 193rd member state. Yet, if anything, this was the continuation (and in some cases the beginning) but not the end of problems between North and South.

The CPA lacked detailed provisions if Southern secession was to occur, it was never fully implemented, and both sides failed to achieve a comprehensive, negotiated settlement of issues pertaining to the management of their separation: in the run-up to, and during the first year after, Southern independence disputes between North and South have thus centred on the status of the disputed Abyei Area and the demarcation of the common border, the question of citizenship (primarily for Southerners in the North), and financial arrangements (including those related to the oil dispute).

More than a year after the South gained independence, not only remain most of these issues unresolved but relations between the sides considerably worsened bringing them close to a return to all-out war in the spring of 2012.

The unresolved North-South issues are, in many ways, also at the heart of South Sudan's wider state-building challenges: several inter-communal conflicts, political disputes, and insurgencies, a complex humanitarian crisis, and a near collapse of the economy compounded, and were exacerbated by, the lack of constructive relations between the now neighbouring countries.

The Abyei crisis is symptomatic for the way in which North-South tensions negatively affect state-building in South Sudan. A referendum in Abyei, mandated in the CPA to take place in parallel to the referendum in the South, was cancelled because North and South could not agree on criteria for voter eligibility, despite intense international mediation and pressure, thus leaving the dispute over Abyei unresolved at the time of Southern independence with both North and South claiming the territory as theirs.

Abyei has ever since been plagued by violence, predominantly between local communities, as well as by direct clashes between regular Northern and Southern forces – despite the deployment of a UN peacekeeping force to Abyei (UNISFA) and agreements between North and South achieved before and after their separation.

With no progress on the implementation of security agreements on Abyei another major spat of violence occurred there in March and April 2012. The Sides accused each other of being responsible for starting the clashes and for supporting insurgent fighters as proxies on the other side of the border. As a result, a meeting between the presidents of Sudan and South Sudan scheduled for 3 April 2012 in Juba was cancelled, and with it a major opportunity was missed to address problematic issues in the relationship between the states, from the question of Abyei, to citizenship and oil. 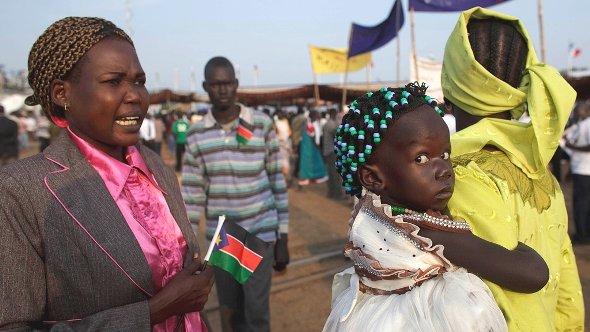 The situation in South Sudan has hardly improved for the majority of its population during the first twelve months of independence, writes Stefan Wolff. Pictured: independence celebrations in Juba, South Sudan, on 9 July 2011

​​The increasingly aggressive rhetoric and actions on both sides, eventually led South Sudanese forces to capture and hold the area of Heglig between 10 and 20 April 2012, alleging that it had been used by the Sudanese Armed Forces as a staging ground for attacks aimed against the South, thus capturing one of the last remaining oil sources for the North.

A parallel dispute over oil-related payments escalated in January 2012 and led South Sudan to shut down all of its oil production. This has had a major impact on both countries. South Sudan's resource wealth includes roughly three-quarters of pre-2011 Sudan's proven oil reserves, yet at present all refinement and export infrastructure is in the North thus maintaining a high degree of interdependence between North and South even after their separation.

As oil exports funded 98 per cent of public spending in post-independence South Sudan, the government's decision to shut down its entire oil production not only impeded South Sudan's economic development but also had a significant, and negative, impact on the country's state-building project as a whole. At the same time it deprived Sudan of significant revenue.

The oil dispute added to border tensions between North and South, which in turn are linked to insurgent movements on both sides of their new international border. Clashes along the North-South border and insurgent violence in border states in the North and South alike escalated from late March onwards and negatively affected long-established trade links, leading to higher food and fuel prices. Depleting foreign currency reserves, due to the loss of oil-related revenue, limited both countries' ability to import basic commodities and increased inflation.

The lack of revenue meant delays to building institutions and capacity within South Sudan to deal with a worsening humanitarian situation and increased the new country's dependency on the international donor community.

The already desperate situation in conflict-affected areas especially in Jonglei and along the North-South border, which had created over 500,000 internally displaced people in South Sudan by the end of the first year of independence, was further compounded by an influx from conflict-affected refugees from Abyei (numbering in their tens of thousands) and from the states of Blue Nile and South Kordofan in Sudan (170,000), as well as from Southerners returning from Sudan (390,000) and refugees returning from neighbouring countries (330,000). 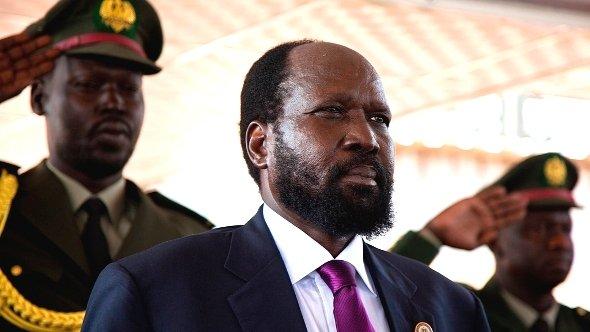 ​​South Sudan's internal and external security challenges and their consequences, mass displacement and return migration, and the country's economic crisis, as well as a serious rain shortfall that led to a crop failure, combined to create a food insecurity crisis affecting approximately half of the country's population of 9 million. The country's lack of capacity to respond to this humanitarian crisis will continue to remain limited until the parallel economic and security crises are resolved. These are, in turn, intrinsically linked to the complex web of North-South problems.

Within days of South Sudan's capture of the Heglig area, the African Union adopted a Roadmap on 24 April 2012 "for implementation by both Sudan and South Sudan, in order to ease the current tension, facilitate the resumption of negotiations on post-secession relations and the normalization of their relations". The AU Roadmap was endorsed by the UN Security Council in a resolution on 2 May 2012, threatening sanctions if the parties failed to reach agreements by 2 August 2012.

While talks between the sides are continuing and proposals for a comprehensive settlement are being circulated, this deadline has now passed. Given the severity of the crisis and its regional implications, this is not just any old deadline. It clearly indicates the limitations of the African Union and the United Nations to facilitate sustainable, constructive outcomes in this dispute: while major violent crises were swiftly contained and diffused, fundamental issues remain unresolved and thus retain their potential for future conflict escalation.

The expiration of the deadline of the African Union Roadmap, and its subsequent extension in light of at least a partial agreement, is thus indicative of the dilemmas that South Sudan faces one year after achieving independence.

Two rather sobering conclusions are difficult to escape. The first is that the situation in South Sudan has hardly improved for the majority of its population during the first twelve months of independence. In light of the tremendous human suffering endured by people north and south of the new border during the 1983-2005 civil war, this is particularly depressing.

The second conclusion is that the overwhelming majority of challenges that have plagued South Sudan in its attempts to build a viable independent state have their causes in local leadership failures. While institutional shortcomings in the CPA, especially a lack of contingencies in the case of separation, clearly played a role, they were exacerbated by a lack of political will to resolve the major North-South post-independence crises.

Until this lack of political will is overcome and leaders north and south of the new international border rise to the occasion of reaching a comprehensive agreement, the threat of a return to war will continue to loom over the people of Sudan and South Sudan.

Home
Print
Newsletter
More on this topic
One Year after the Division of Sudan: Old Conflicts within New BordersCriticism of the ''Save Darfur'' Campaign: Presumptuous Moral Self-CertaintyThe Bashir Arrest Warrant: Both Symbolic and Important
Related Topics
Human rights, Islam in Africa
All Topics

From the Euphrates to the Mekong, dams that ensure one country's water supply risk leaving others parched. But shared water resources can be a source of peace as well as conflict ... END_OF_DOCUMENT_TOKEN_TO_BE_REPLACED 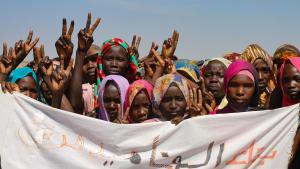 Despite the recent media focus on developments in Sudan following the military coup in October, there has been much less reporting of the situation in Sudan’s peripheries, outside ... END_OF_DOCUMENT_TOKEN_TO_BE_REPLACED

Morocco officially declared itself a country of immigration in 2013, responding to the growing number of immigrants arriving from sub-Saharan Africa. Since then, tens of thousands ... END_OF_DOCUMENT_TOKEN_TO_BE_REPLACED

Four hours north of Juba, cattle dictate the pace of life. Yet the daily life of the Mundari ethnic group is also marked by Southern Sudan's war and ethnic conflicts. Yet what ... END_OF_DOCUMENT_TOKEN_TO_BE_REPLACED

Sudan today is on a knife-edge: it can evolve toward peace and democracy, or spiral into instability and violence. Vital and timely international assistance can make the ... END_OF_DOCUMENT_TOKEN_TO_BE_REPLACED

END_OF_DOCUMENT_TOKEN_TO_BE_REPLACED
Social media
and networks
Subscribe to our
newsletter