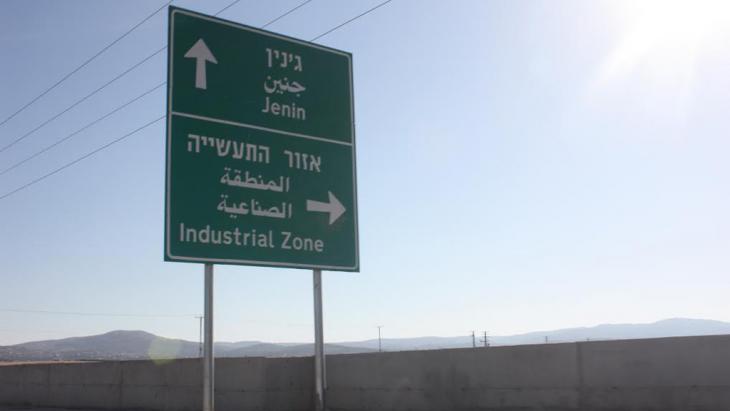 With the Middle East peace process in disarray, the model of cross-border joint economic zones needs to be applied to special political zones, thus blurring the dividing lines between Israelis and Palestinians. An essay by Ian Shapiro and Nicholas Strong

As the turmoil in the Middle East worsens, the fate of the Palestinians seems to have been put on the diplomatic back burner. Indeed, the two-state solution has been on life-support since Israel’s 2014 Operation Protective Edge in Gaza, despite US Secretary of State John Kerry’s heroic efforts to revive it. Many in the region and elsewhere, now believe that it is dead.

But that raises a new problem. With statehood seemingly out of reach, it will be only a matter of time before large numbers of Palestinians begin demanding the right to vote in Israeli elections. That fight will be intense. Israelis embraced the idea of two states for so long partly to keep Palestinian enfranchisement off the table.

How can the emerging order become more inclusive and legitimate? Elements of a constructive way forward are hiding in plain sight.

Microcosms of a new order

Championed by Israeli industrialist Shlomi Fogel, the JGIP has recently experienced marked growth. Israel’s government contributed $34 million in 2013. Jordan, which has largely directed the project since 2001, provides ongoing fiscal support. As with SEZs elsewhere around the world, the industries in the park are exempt from taxes and tariffs and enjoy other economic benefits.

This model should be expanded to include special political zones (SPZs) that erode divisions between Israelis and Palestinians. SPZs could be created along the borders between Israel and the West Bank and Gaza. They should be more fully integrated than the JGIP, which depends on outside labour. 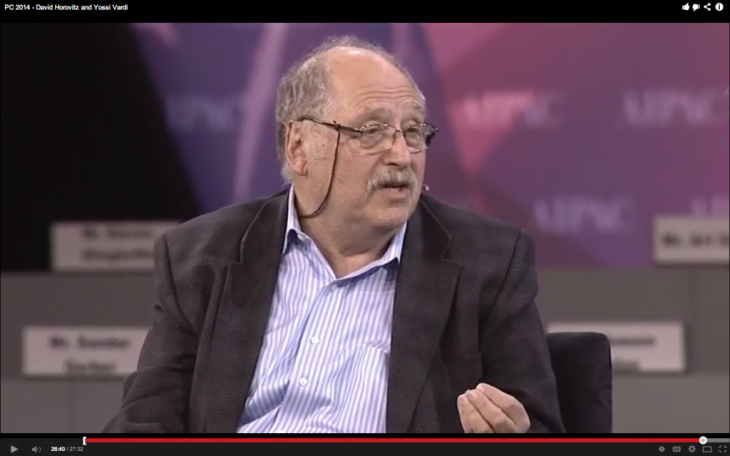 Possibility of linking economics and politics: the "Breaking the Impasse" group founded by the Israeli tech billionaire Yossi Vardi and the Palestinian magnate Munib al-Masri in July 2012 has some 300 members, whose companies account for at least 30% of Israeli and Palestinian GDP. They have the influence and the resources to instigate a first wave of SPZs

People in the SPZs would effectively constitute themselves as microcosms of a new order. SPZ businesses could be owned by Israelis, Palestinians, or jointly and workers would come from both sides of the divide. But everyone would have to live in the SPZ, in which they would receive ownership shares and governance roles that would grow in proportion to the length of their tenure.

SPZs should enjoy high degrees of political autonomy from the Israeli government and the Palestinian Authority. Residential infrastructure, from schools to municipal services and medical facilities, would be built in the zones, making them substantially self-sufficient. Day-to-day governance would be left to residents, who would have an economic interest in the SPZ’s vitality, as well as incentives to sustain integrated bi-national communities.

Co-Op City, the largest residential complex in the United States, is a suggestive model. Directed by a community-based corporation, Co-Op City contains schools, stores and private law enforcement. Such common-interest housing developments (CIDs) have grown in the US in recent years. Part of the attraction is enhanced participation. In the Middle East, such arrangements could foster new forms of inter-ethnic cooperation.

Security would be a major concern. Initially, SPZ perimeters would have checkpoints like those for crossing into the West Bank and Gaza. But people would not need to come and go on a daily basis, an albatross that has bedevilled cross-border SEZs until now. Autonomous forces, similar to those employed by CIDs and university campuses, would maintain internal order. This differs from the JGIP, where Israel and Jordan maintain control over their respective spheres on either side of the Jordan River.

SPZs should be located near transportation on both sides of the border, but away from religious shrines, settlements and strategically important military installations. Possible sites include the once-planned Khaddourie industrial park between Tulkarem in the West Bank and Herzliya and the Karni Industrial Zone outside Gaza City.

Constructive alternatives to the prevailing sense of stagnation

The idea need not be sold to electorates or extremists to go forward. Nor need it uproot people. SPZs will be attractive to those who are hungry for constructive alternatives to the prevailing political stagnation and the inexorable, demography-driven drift toward Israeli apartheid. 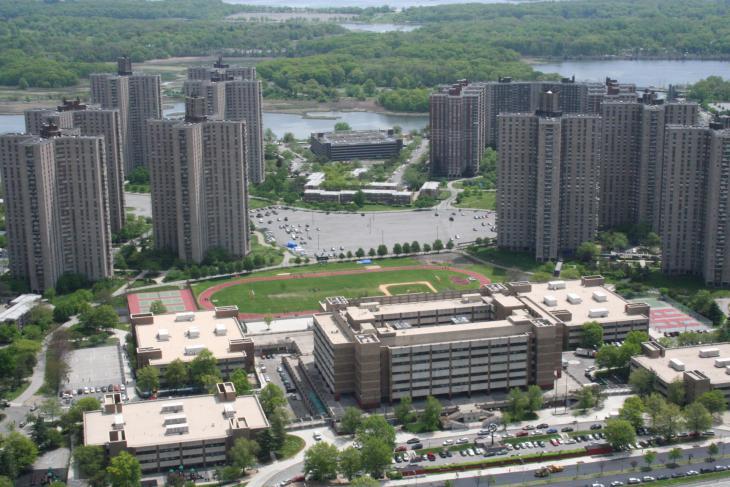 A suggestive model: directed by a community-based corporation, Co-Op City contains schools, stores and private law enforcement. Such common-interest housing developments (CIDs) have grown in the US in recent years

Those who move into SPZs would be actively committed to making them work. If the early SPZs succeed, there will be pressure to create others. Indeed, cross-border SPZs might eventually be replicated within the occupied territories and in Israel proper, including cities like Ramallah and Tel Aviv.

Much will depend on the communities that the residents create. But outsiders can help. As with the JGIP, SPZs would provide opportunities for investors from the region and beyond to contribute to and profit from, peace. They would receive local tax breaks and maybe also support from their own governments.

The US could take the lead, as it has done with SEZs in Egypt and Jordan. Governments and philanthropists could provide seed grants. As with the JGIP, the goal should be to model best practices that others will want to imitate.

There are already serious players poised to become SPZ entrepreneurs. Fogel belongs to Breaking the Impasse (BTI), a group of prominent Palestinian and Israeli business leaders committed to advancing peace.

A new kind of pioneer for peace

Established by Palestinian magnate Munib al-Masri and Israeli tech billionaire Yossi Vardi in July 2012, BTI has some 300 members, whose companies account for at least 30% of Israeli and Palestinian GDP. In other words, they have the influence and resources to instigate a first wave of SPZs.

The first SPZs must demonstrate that a marriage of economics and politics can induce collaboration that would not be possible otherwise. Israel’s government and the Palestinian Authority must play facilitating roles. But they will mostly be in the back seat of a venture driven by entrepreneurs, external friends of regional peace and – most important – the individual Palestinians and Israelis who make the sweat-equity commitment to become a new kind of pioneer for peace. If they succeed, the death of the two-state solution might prove to be a blessing in disguise.

In Nathan Englander's novel "kaddish.com", a Jewish man is plagued by feelings of guilt and regret for disregarding the rules of the Kaddish (prayer for the dead) for his deceased ... END_OF_DOCUMENT_TOKEN_TO_BE_REPLACED

Russia is leaving no stone unturned in its attempts to make the Islamic Republic an ally in the war against Ukraine. Fortunately for Vladimir Putin, the mullahs in Tehran are ... END_OF_DOCUMENT_TOKEN_TO_BE_REPLACED

It is possible to write about the Holocaust and the crimes of colonial powers without downplaying anything. In her latest book, Charlotte Wiedemann focuses on the numerous blind ... END_OF_DOCUMENT_TOKEN_TO_BE_REPLACED

The Palestinian militant organisation Hamas, with Hezbollah's help, is building up a military presence in Lebanon, the ultimate consequences of which could be devastating, writes ... END_OF_DOCUMENT_TOKEN_TO_BE_REPLACED

With his fist bump greeting for a man he previously called a pariah, US President Biden has paved the way for Saudi Crown Prince Mohammed bin Salman's return to the international ... END_OF_DOCUMENT_TOKEN_TO_BE_REPLACED

Asked about the Shoah, Palestinians often bring up the Nakba, the displacement of Palestinians associated with the founding of the state of Israel. An Israeli Holocaust researcher ... END_OF_DOCUMENT_TOKEN_TO_BE_REPLACED
Author:
Ian Shapiro und Nicholas Strong
Date:
Mail:
Send via mail

END_OF_DOCUMENT_TOKEN_TO_BE_REPLACED
Social media
and networks
Subscribe to our
newsletter