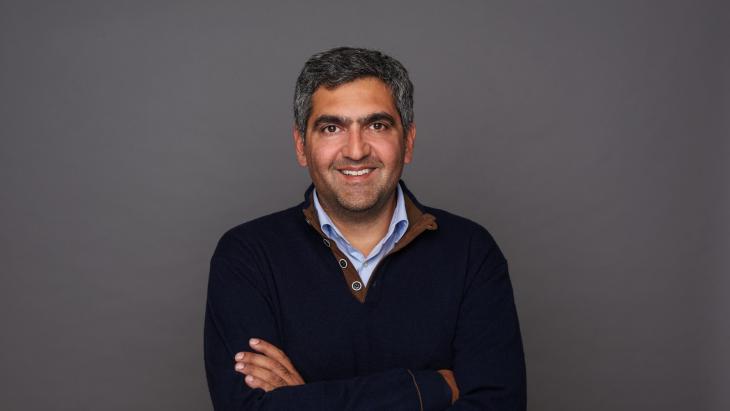 Spotlight on bridge builders: Farhad Dilmaghani
Working towards a society without discrimination

Farhad Dilmaghani is co-founder and chairman of the association "Deutsch Plus: Initiative für eine plurale Republik". He works to ensure that institutions, public authorities and businesses reflect the diversity in society. Ceyda Nurtsch introduces him for Qantara.de

It all started with a book. Namely, with Thilo Sarrazin's "Deutschland schafft sich ab" (Germany Abolishes Itself). Published in 2010, it is one of the best-selling non-fiction books ever since the founding of the Federal Republic. All of Germany is still engaged in a debate on the issues raised by the former senator of finance for the State of Berlin regarding the alleged disintegration of society caused by immigration from Muslim countries.

Farhad Dilmaghani recalls: "Sarrazin's book broke the dam. In discussions of the book, racism became visible in the midst of society. It had of course been there all along, but now it was suddenly deemed socially acceptable." He responded by taking action: "We realised that a new wind was blowing that we had to stand up to. We wanted to take responsibility for this country. Germany is our country too. We were born and raised here. We feel at home here. That's why we need to confront this racism politically."

Every individual has multiple identities

In 2011 Dilmaghani founded the association "DeutschPlus. Initiative für eine plurale Republik" together with the social scientist Naika Foroutan, the film director Züli Aladağ and the architect Van Bo Le-Mentzel. Today, some 400 sponsors and supporters from all over Germany are affiliated with the organisation.

The name, he says, came about while brainstorming in a beer garden. The term "plus" stands for the diversity of identities that every individual displays. People are much more than just their cultural roots. Dilmaghani, for example, is not only someone of Iranian descent who does advocacy work, promoting young talent and mentoring for Deutsch Plus; he is also a husband, a chess player and an amateur photographer.

"The founders of Deutsch Plus had already managed to achieve success in culture, science or politics, but we also wanted to pass on our knowledge to the next generations. We wanted to show others how to navigate these particular political and social contexts." One of the association's main tasks is therefore to support organisations and government authorities in developing more diversity. Currently, they do not adequately reflect the make-up of society. That needs to change.

Home
Print
Newsletter
More on this topic
The association "Deutsch Plus": Working for diversity in GermanyNon-fiction: Aladin El-Mafaalani's "Das Integrationsparadox": Demanding a seat at the tableInterview with journalist and performance artist Michel Abdollahi: "People with dark hair always have to go the extra mile"Spotlight on bridge-builders: Tahir Della: Campaigning in Germany for "a society of the many"
Related Topics
AfD | Alternative for Germany, Integration in Germany, Migration, Migration in Germany, Policy on refugees and migration, Racism | discrimination, Refugees, Right-wing populism, Spotlight on bridge-builders
All Topics

Dalia Hatuqa is an experienced journalist who has reported on the Israeli-Palestinian conflict from Ramallah, Washington DC and Amman. A writer for Time Magazine, Foreign Affairs ... END_OF_DOCUMENT_TOKEN_TO_BE_REPLACED

Since President Abdul Fattah al-Sisi seized power in Egypt in 2013, he has ruled the country with an iron fist. Civil society, opposition and free press struggle to survive. Tens ... END_OF_DOCUMENT_TOKEN_TO_BE_REPLACED

Many Turks are dissatisfied with the international status of their country. At the same time, opinion polls reveal great scepticism among the Turkish population towards the USA. ... END_OF_DOCUMENT_TOKEN_TO_BE_REPLACED

The German government is planning to legalise cannabis before the end of this legislative period. So what does Islam have to say about its consumption? Will changing the law alter ... END_OF_DOCUMENT_TOKEN_TO_BE_REPLACED

In his latest book, Navid Kermani poses questions about God. It feels like no one could have done it better. His writing elicits smiles, doubt and wonder. By Melanie Christina Mohr END_OF_DOCUMENT_TOKEN_TO_BE_REPLACED
Author:
Ceyda Nurtsch
Date:
Mail:
Send via mail

END_OF_DOCUMENT_TOKEN_TO_BE_REPLACED
Social media
and networks
Subscribe to our
newsletter