"Some people are trying to drag Morocco down into a swamp, suppressing a whole range of freedoms. But it wonʹt work. Morocco chose its path a long time ago and there is no way back... especially with the 2011 Constitution, which was a huge victory for Moroccans."

Political researcher Marwan bin Fares sees "spiritual security" not as a scientific concept, but rather a term that is used to serve the state's religious and political interests. According to bin Fares, the definition of spiritual security in Morocco is ambiguous. "It has been used in the context of maintaining social order while dealing with religious minorities such as Shias, Kharijites and Christians, among others. It also is used by institutions such as the Ministry of Endowments and Islamic Affairs, the Mohammadia League of Scholars, as well as institutions affiliated to the state that tow the official line."

Meanwhile, Amazigh writer Ahmed Assid believes that "spiritual security" does not refer to the safety of all Moroccans, but only some of them: the Sunni Muslims. 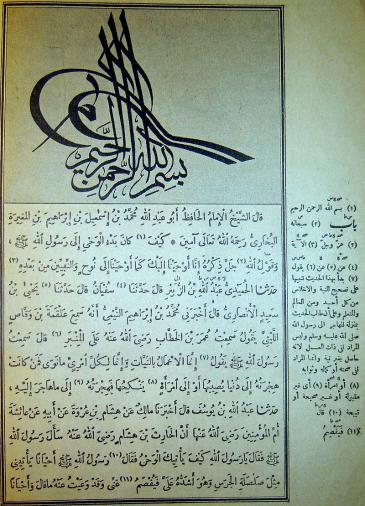 "The worst crime of the hadith is that it causes Muslims to abandon the book of Allah, replacing it with a doctrine and work of reference for faith and worship," says Aylal. "We will end up with a different religion based on the hadith, which has nothing to do with the Koran except for formalities"

Sunni Islam, he continued, is the official religion of the state that is protected by the term spiritual security, which at the same time persecutes other Muslim sects, as well as different religions and ethnicities. Assid said this violates freedom of belief, among other freedoms acknowledged by the constitution.

The introduction to the 283-page book, which was published by Dar Al-Watan, describes many legends and stories cited by Sahih Al-Bukhari as "mythological", claiming that not even the Salafists are unanimous in upholding them.

The book consists of five chapters featuring a variety of research that delves into contentious issues. "My work tackles the religious heritage and the real status of Al-Bukhari," Aylal explains. "The Prophet prohibited the documentation of hadith through the narration of Al-Darimi, the sheikh of Al-Bukhari. The Prophet said, 'Do not write anything about me except what is in the Koran and whoever has written something about me shall erase it'. Even Umar bin Khattab burned a writing surface that had borne sayings attributed to the holy Prophet."

"Why was documentation of the Sunnah delayed for around 100 years after the death of the Prophet, peace be upon him, if they are as significant to the Sharia as Salafist sheikhs and others argue?"

Aylal claims that Salafists do not regard the Sunnah as detailed interpretations of the Koran, but rather as a doctrinal source that overrules the Muslim holy book. Theoretically speaking, they are the second source of Sharia after the Koran, yet practically they are undisputedly the prime Sharia source for Salafists, while the Koran is merely perceived as a complementary work.

Aylal wonders whether "we are dealing directly with the sayings of the Prophet, or with narrators' interpretations of what the Prophet said", reminding us in the process that the mental and intellectual abilities of each narrator differed.

Nothing to do with the Koran

"The worst crime of the hadith is that it causes Muslims to abandon the book of Allah, replacing it with a doctrine and work of reference for faith and worship," says Aylal. "We will end up with a different religion based on the hadith, which has nothing to do with the Koran except for formalities."

EU parliamentarian Dietmar Koester criticises the Union's failure to speak up when faced with human rights abuses committed by its Middle Eastern allies, while pointing out that ... END_OF_DOCUMENT_TOKEN_TO_BE_REPLACED

Even though Meryem Alaoui's debut novel "Straight from the Horse's Mouth" centres on a female character working in a field – sex work – that is often, at least in Arabic ... END_OF_DOCUMENT_TOKEN_TO_BE_REPLACED

Morocco is aiming to enshrine Judaism as part of its national identity: the "House of Memory" in Essaouira is one step towards realising that goal. The nation’s Jewish legacy has ... END_OF_DOCUMENT_TOKEN_TO_BE_REPLACED

Mass protests began in Egypt on 25 January 2011. They triggered the overthrow of long-time ruler Mubarak. Ten years later, many human rights activists and journalists are in ... END_OF_DOCUMENT_TOKEN_TO_BE_REPLACED

Mass protests began in Egypt on 25 January 2011. They triggered the overthrow of long-time ruler Mubarak. Ten years later, many human rights activists and journalists are in ... END_OF_DOCUMENT_TOKEN_TO_BE_REPLACED

Ten years after the start of the Arabellion in North Africa and the Middle East, many view the movement as a failure. But rather than being over, it has now entered a more mature ... END_OF_DOCUMENT_TOKEN_TO_BE_REPLACED

END_OF_DOCUMENT_TOKEN_TO_BE_REPLACED
Social media
and networks
Subscribe to our
newsletter