Aylal attempts in his book to define hadith, saying the Islamic doctrine should be based on what Allah, not the Prophet said. It refers to verses of Koran that read, "Such are the signs of Allah, which we rehearse to you in truth: then in what exposition will they believe, after rejecting Allah and his signs?"

"Allah – there is no deity except Him. He will surely assemble you for [account on] the Day of Resurrection, about which there is no doubt. And who is more truthful than Allah in statement."

The writer stresses that Sahih Muslim, which is considered to be the second most authentic hadith collection after Sahih Al-Bukhari, relied on narrators from six different generations, the majority of whom Sheikh Muslim did not meet. Assuming he was honest, Aylal wonders, how could he verify the credibility of the other five narrators whom he never met?

Aylal says that his research on Al-Bukhari was triggered by his interest in "criticising the religious heritage that we have inherited from our parents and grandparents." 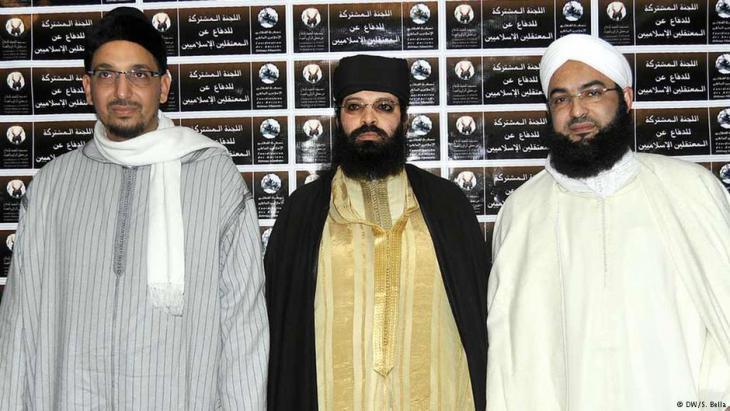 Pious to a fault: according to Rachid Aylal, Salafists do not regard the Sunnah as detailed interpretations of the Koran, but rather as a doctrinal source that overrules the Muslim holy book. Theoretically speaking, they are the second source of Sharia after the Koran, yet practically they are undisputedly the prime Sharia source for Salafists, while the Koran is merely perceived as a complementary work

He believes that Sahih Al-Bukhari is the product of myths and dreams that had enthralled Al-Bukhari since his childhood. Historians believe he lost his sight at a young age. Afterwards, Ibrahim Khalilullah appeared to his mother in a dream, telling her, "Allah has given your son back his sight for your frequent weeping and praying."

Aylal says that Al-Bukhari's biography was largely inspired by his sacred status and book, citing some hadith sayings that he believes are fake, including one that says the Prophet attempted to commit suicide.

Aylal's book also highlights another hadith narrated by Abu Huraira, a companion of the Prophet, according to which the latter cursed his followers. The cited hadith reads: "O Allah! If I should ever abuse a believer, please let that be a means of bringing him near to You on the Day of Resurrection."

The book also explains that contrary to what Allah told the Prophet in Sura Ad-Duha, "And He found thee in need and made thee independent", a hadith narrated by Aisha and cited by Al-Bukhari reads, "Allah's Messenger died while his iron armour was mortgaged to a Jew for thirty sas of barley".

"Fragile freedoms, embattled by the regime"

The artist KhadijaTanana has been shocked by the ban imposed on the book, following so soon after the censorship of her own "Kama Sutra" work. "Everything that is happening in Morocco springs from a bleakness –  the result of strict education based on faulty religious beliefs," she says. "This is a real setback. We fear for our fragile freedoms, embattled by the regime." 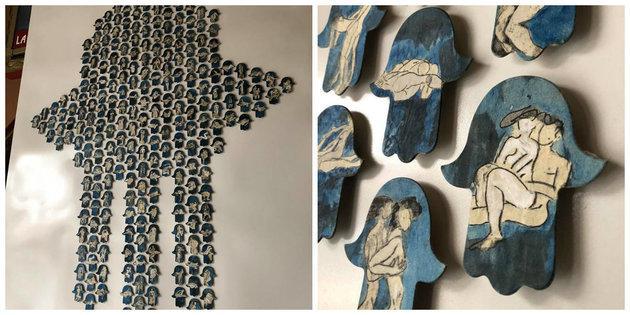 Censored – the Kama Sutra reproduced on the hands of Fatima: a few months ago, Kama Sutra, a work by artist Khadija Tanana, was removed from the Tetouan Centre of Modern Art – a move that prompted outrage among Moroccan intellectuals

Tanana said the term "spiritual security" was invented by the regime for fear of the Islamists. "How can a society develop while mouths are muzzled and hands are tied?" she asks.

Moroccan writer and intellectual Bouzid El-Ghali echoes similar sentiments. "It's strange that such a ban has been imposed by a government that includes ministers, including the Human Rights Minister, who were once led the fight for freedom... and today they are more oppressive than those they once panned... freedom of expression cannot be attained by banning books, regardless of their contents."

However, writer and novelist Shakib Arig believes the ban has actually done the writer a huge favour, saying he does not see it as a setback. "Despite Wahhabist attempts to disrupt the cultural scene, Morocco can pretty much claim to be at the intellectual forefront of the Arab world."

The Moroccan Association of Human Rights has deplored the ban on the book, saying it takes Morocco back to the inquisition era. Human rights activist Tarek Saoud feels the ban has made taboos more dominant and restricted free writers and thinkers. He also questions why the state has not opened an investigation into the threats received by Aylal.

To conclude, human rights activist Rachid Antid points out that books inciting terrorism, including some by Ibn Taymiyyah, are available at every bookstore. "The war against enlightenment is waged by state officials and not just extremist organisations and parties."

EU parliamentarian Dietmar Koester criticises the Union's failure to speak up when faced with human rights abuses committed by its Middle Eastern allies, while pointing out that ... END_OF_DOCUMENT_TOKEN_TO_BE_REPLACED

Even though Meryem Alaoui's debut novel "Straight from the Horse's Mouth" centres on a female character working in a field – sex work – that is often, at least in Arabic ... END_OF_DOCUMENT_TOKEN_TO_BE_REPLACED

Morocco is aiming to enshrine Judaism as part of its national identity: the "House of Memory" in Essaouira is one step towards realising that goal. The nation’s Jewish legacy has ... END_OF_DOCUMENT_TOKEN_TO_BE_REPLACED

Mass protests began in Egypt on 25 January 2011. They triggered the overthrow of long-time ruler Mubarak. Ten years later, many human rights activists and journalists are in ... END_OF_DOCUMENT_TOKEN_TO_BE_REPLACED

Mass protests began in Egypt on 25 January 2011. They triggered the overthrow of long-time ruler Mubarak. Ten years later, many human rights activists and journalists are in ... END_OF_DOCUMENT_TOKEN_TO_BE_REPLACED

Ten years after the start of the Arabellion in North Africa and the Middle East, many view the movement as a failure. But rather than being over, it has now entered a more mature ... END_OF_DOCUMENT_TOKEN_TO_BE_REPLACED

END_OF_DOCUMENT_TOKEN_TO_BE_REPLACED
Social media
and networks
Subscribe to our
newsletter