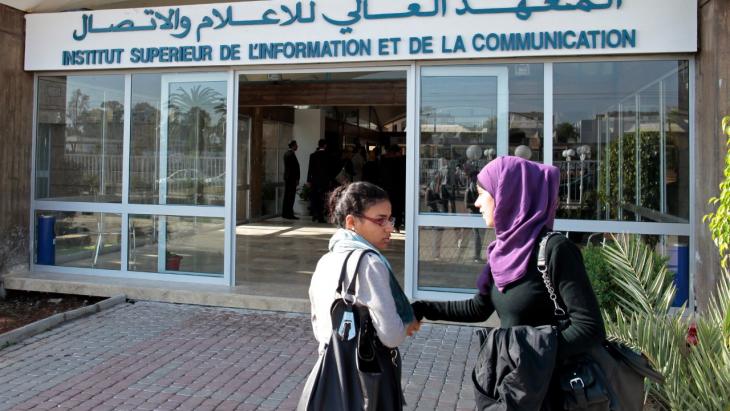 A conflict rooted in identity is currently gaining traction in Morocco. It began with demands to relieve the "burden" of Fusha (classical Arabic) by implementing a linguistic 'shift', thus allowing the use of Darija (Moroccan dialect) in education and teaching. But this approach has backfired massively on its proponents. Commentary by Mohamed Taifouri

The impact of the linguistic 'change-over' on Morocco's teaching system became obvious two and a half years after the Education Reform Law came into force in August 2019. The new law stipulates that scientific and technical subjects should be taught in French instead of Arabic, claiming that this will better equip students for higher education, as French remains the language of education and learning.

NGO Amaquen published the first results of this enforced process of change in a report on "the quality of education and training in Morocco in light of the 2011 Constitution". It highlighted the demotion of the Arabic language, in educational institutions, in favour of French.

According to the report, the number of teaching hours delivered in Arabic has dropped from 6,290, before the shift occurred, to only 3,468 hours after it. By contrast, the language of Moliere continues to dominate teaching time; teaching hours delivered in French have jumped from 2,788 to 5,610 hours, which is almost two-thirds of the total. What was therefore presented as a linguistic 'shift' towards teaching in three languages (Arabic, Amazigh and French) in primary education, reinforced with English at secondary school, appears to have been nothing but a facade to mask plans to Frenchify education in Morocco.

The Frenchification project was launched early in 2015, prior to any legal underpinning for the move, when Rachid Belmokhtar, then Minister of National Education in Abdelilah Benkirane’s government, issued a memorandum in which he called on ministry officials to make the teaching of scientific and technical subjects in French obligatory in secondary schools. He based this audacious decision on the interpretation of a line from a speech by Mohammed VI, in which the monarch affirmed that "educational reform must be free from any personal or political consideration – under the pretext of protecting identity – that might threaten future generations."

Nothing but a facade to mask the Frenchification of Moroccan education 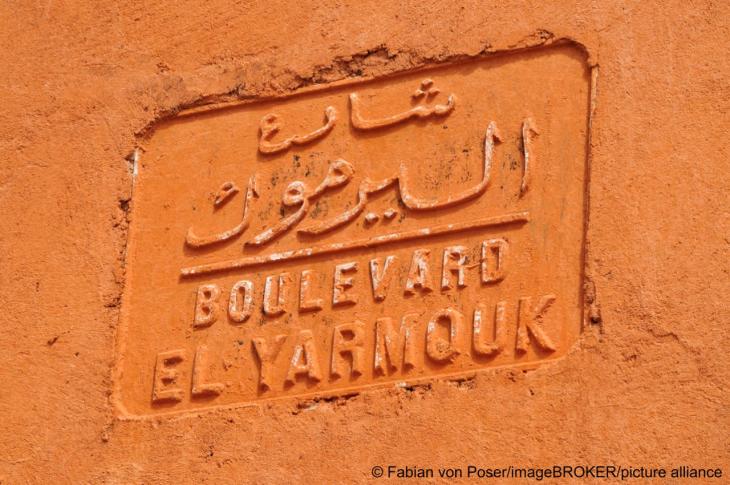 War of languages: a conflict rooted in identity is currently gaining traction in Morocco. It began with demands to relieve the "burdens" of Fusha (classical Arabic) by adopting the linguistic 'change-over', which opens the door to the use of Darija (Moroccan dialect) in education and teaching. But this approach has backfired on its proponents, with campaigns in the media to demand the abandonment of French for the sake of English.

This plan for teaching in French makes the linguistic landscape in Morocco still more nebulous and ambiguous. It explicitly contradicts the 2011 Constitution, which considers that "Arabic is the official language of the state". Indeed, Article 5 goes beyond that to urge the state "to protect and develop Arabic and to expand its use". For the first time, the 2011 Constitution recognised Amazigh (Berber) as an official language, as a common resource for every Moroccan without exception. Its adoption in 2019 coincided with the enactment of the Organisational Law (16.29), which set out what being an official language would mean in the case of Amazigh, how it would be integrated within the educational system, and in which areas it would be used in public life, thereby allowing it to function as an official language in future.

In just two years, however, there has been a seismic shift in favour of French. By contrast, Amazigh, which is the mother tongue of most Moroccans in the Rif, the Atlas, Sous and the southeast, has not achieved anything like the same level of attention, even after 20 years of it having been adopted within the state educational system. Indeed, according to the latest statistics, Amazigh is taught in less than 15% of primary schools nationwide. Achieving the ambition of making Amazigh a common language within eight years, as defined in the Strategic Vision 2015-2030, will therefore be impossible.

What is striking about this disproportionate preference for French is that it comes at a time when a number of Moroccan officials, including Saad Eddine El Othmani, the former prime minister, and more recently Nizar Baraka, Minister of Equipment and Water, have been calling repeatedly to abide by the text of the Constitution. In other words, Arabic should be used when promulgating decrees or publishing official documents, administrative memoranda and all other forms of correspondence. The idea is to avoid judicial rulings that could prove costly for the state, since the judiciary inclines towards the view that issuing official documents in a foreign language (other than Arabic and Amazigh) is not legal. Such acts are tainted by illegitimacy; they constitute a grave violation of the law and of the will of the people, as embodied in the text of the Constitution.

All of this raises questions about whether there is a clearly defined linguistic policy in Morocco, and more specifically whether one exists in the minds of those in charge of education? Do they have a particular vision for managing the linguistic landscape within the educational system? Do these people recognise the consequences of adopting language policies that marginalise the mother tongue and surrender to the tyranny of the Francophone minority. 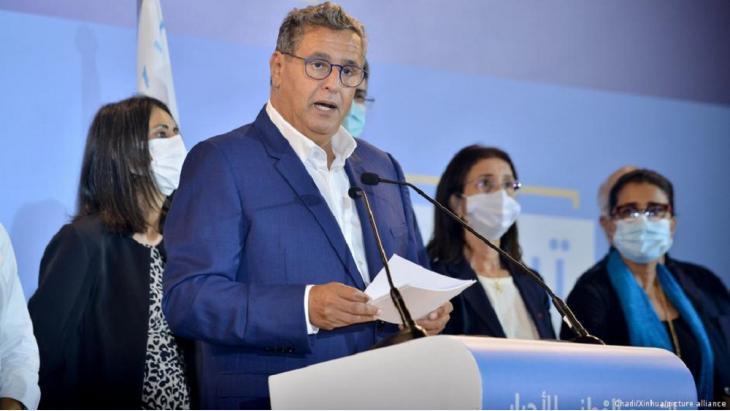 Despite Arabic being the official language of Morocco, in accordance with the 2011 Constitution, "most likely, the French lobby will enjoy a resurgence and will rebuild its strength with the current 'government of notables'. The one thing the majority of Akhannouch's ministers have in common is that they all belong to the French system of schooling and training," writes Taifouri

If we consider for a moment the truth of the claim that the language issue is what makes the educational sector "a vast ghost factory that fritters away money to produce junk", it might have been better for the linguistic architects to be really bold and to do as they did in Rwanda, where they chose English over French (the latter being only the ninth most spoken language in the world). Even the French themselves no longer have the courage to defend their own language, as some of our generation do. After all, it was Edouard Philippe, the former French Prime Minister, who observed that "learning English is the right way to ensure a better future."

Since the days of the Arab Spring, a linguistic cold war has been going on in Morocco, with much deeper issues of identity at play; it has been taken over by apologists for France. It began with demands to relieve the "burdens" of Fusha (classical Arabic) by adopting the linguistic 'change-over', which opens the door to the use of Darija (Moroccan dialect) in education and teaching. But this approach backfired on its proponents and led to campaigns on social media to demand that French be dropped in favour of English. This was reinforced by the Ministry of Higher Education’s decision to replace the "long-drawn-out" Bachelor's/Master's/Doctorate (the LMD system) in Moroccan universities with the (4-year) Bachelor’s degree, which is more accepted internationally.

Most likely, the French lobby will enjoy a resurgence in Morocco and will rebuild its strength with the current 'government of notables'. The one thing the majority of Akhannouch's ministers have in common is that they all belong to the French system of schooling and training. The best evidence for this is the Minister of Higher Education’s rush to U-turn on the Bachelor's degree system, only five months after it was introduced into Moroccan universities.

Book fair in Algiers: Habib Tengour and the "Poems of the World"

Tunisia's economic and political instability and the increasing reluctance of Europe to take in job-seeking migrants is leading many Tunisians to head for sub-Saharan Africa in ... END_OF_DOCUMENT_TOKEN_TO_BE_REPLACED

Charting his own descent into extremism, former Moroccan jihadist Adil El Hasani reveals how he was ultimately able to extricate himself from the grasp of those peddling religious ... END_OF_DOCUMENT_TOKEN_TO_BE_REPLACED

The history of Jews and Muslims is far more entangled than you might imagine – but you have to listen out for it. In "Recording History", Christopher Silver takes us on a sonic ... END_OF_DOCUMENT_TOKEN_TO_BE_REPLACED

Welcome to the world of Al Qasar, where Arabic music collides head-on with punk and psychedelic to create something powerful and beautiful. "Who Are We" is a raucous, subversive ... END_OF_DOCUMENT_TOKEN_TO_BE_REPLACED

The Women's Africa Cup this year in Morocco was a resounding success. The Moroccan team was the first Arab women's football team to qualify for a World Cup. By John Duerden END_OF_DOCUMENT_TOKEN_TO_BE_REPLACED

The southern shores of the Mediterranean Sea are losing sand faster than almost anywhere else. The ecological and economic damage is immense. The good news is, there are ways to ... END_OF_DOCUMENT_TOKEN_TO_BE_REPLACED
Author:
Mohamed Taifouri
Date:
Mail:
Send via mail

END_OF_DOCUMENT_TOKEN_TO_BE_REPLACED
Social media
and networks
Subscribe to our
newsletter