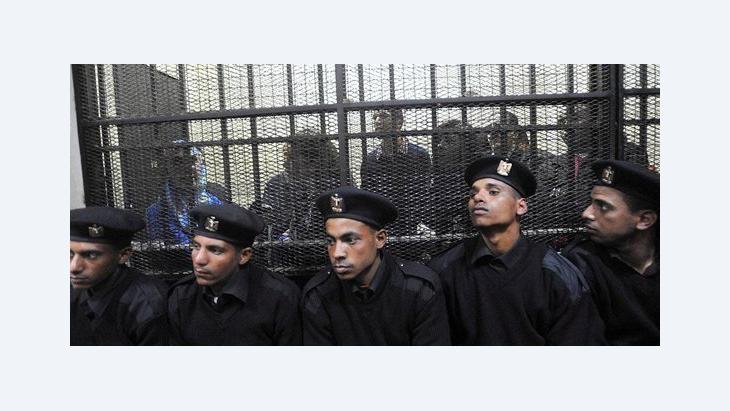 Start of the Trial against NGO Staff in Egypt

Indignation instead of Evidence

Hardly begun and already adjourned: The accused foreigners in the case against the german Konrad Adenauer Foundation didn't even attend the trial in Cairo. By Karim El-Gawhary

The cry of "Down with military rule!" resounded through the courtroom on the first day of the trial. Standing accused are 43 staff members of foreign NGOs, including Andreas Jacobs, the head of the Cairo office of the Konrad Adenauer Foundation (KAS), and one of his workers. The KAS ﻿is a German political party foundation associated with Chancellor Merkel's centre-right Christian Democratic Union (CDU).

Nineteen of the accused in the current law suit are American citizens. They are charged with conducting their activities in Egypt without a licence and illegally accepting foreign funds in order to incite unrest.

The accused foreigners were not in attendance and were represented only by their lawyers. Representatives of the Germany Embassy were in attendance as observers. 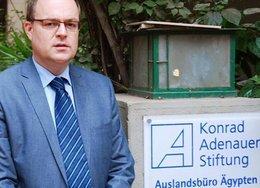 Target of the military: Those accused include Andreas Jacobs, the head of the Cairo office of the Konrad Adenauer Foundation, and one of his workers, as well as 19 Americans

​​It is no coincidence that the spectators in the courtroom expressed their indignation at Egypt's military leadership.

The military's actions recall an old tradition. Whenever Mubarak's regime faced domestic pressure, it played the Egyptian nationalism card and denounced foreign interference or dubious "third parties." In this way, homemade problems were simply attributed to others.

Finding itself under pressure to finally withdraw from politics and the leadership of the country, the military has pulled a particularly bizarre court case from out of its hat.

Outside, in front of the courthouse, human rights lawyer Hafez Abu Saada describes the whole process as a politically motivated case. In terms of the outcome of the proceedings, he is optimistic that there is absolutely no legal basis for this litigation.

At the centre of the trial are four American organizations - the International Republican Institute, the National Democratic Institute, which are respectively linked to the Republican and Democratic parties in the USA, as well as Freedom House and the Arab Press Freedom Watch (APFW), a group that trains journalists.

Denounced by the military

A possible explanation for the German Adenauer Foundation also being charged is that the Egyptian authorities do not want to have the case seen as a purely Egyptian-American dispute, say individuals associated with the foundation. 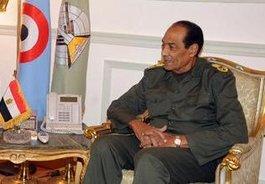 A bizarre and legally controversial case: The trial against foundation staff workers is clearly politically motivated, writes El-Gawhary. The military leadership is attempting to deflect criticism from its own failures and human rights abuses

​​The basis of the case has to do with the murky legal status of NGOs active in Egypt. It is almost impossible to obtain registration and most of them have worked until now without permission, but with the obvious toleration of the government. That has meant that as long as the organizations did not fall from favour, they were allowed to continue their work.

As soon as it seemed politically opportune to blame foreign institutions for domestic difficulties, the military denounced them for operating without permission.

"Our requests for a permit were never positively acknowledged during the Mubarak era, but the regime simply looked the other way and let the NGOs work," explained Ibrahim Nawar, the founder of the also accused Arab Press Freedom Watch (APFW).

Human rights groups regard the case as an attempt to silence the NGOs. They somewhat smugly observe that the Egyptian military is the biggest recipient of foreign aid with 1.5 billion dollars worth of American military assistance.

Yet, there are also some self-critical voices. "Over the past decades, some of the aid money has simply lined the pockets of black sheep in the NGO scene, while foreign donors turned a blind eye to the problem," says one human rights activist who did not want to be named. "We demand transparency from the government," he says. "We should also begin by putting our own houses in order and publicly disclose all aid monies and activities, preferably via the Internet."

After the stormy start to the trial, the judge adjourned the case to 26 April.

Home
Print
Newsletter
More on this topic
Searches of NGO Offices in Egypt: Between the FrontsInterview with the Egyptian Historian Khaled Fahmy: ''The Army Lacks a Vision for the Future''Interview with Alaa Al Aswany: ''We're Still at the Beginning''
Related Topics
Arab Spring, Arabellion, Democracy and civil society, Egypt Revolution 2011, Egypt's army
All Topics

Political analyst Taqadum al-Khatib argues that Egypt can, in co-ordination with its European partners, develop a common vision to solve the complex conflict in Libya. For this to ... END_OF_DOCUMENT_TOKEN_TO_BE_REPLACED

The upheavals of the past year in the MENA region are arguably as momentous as those of the Arab Spring in 2011. Yet perhaps the biggest difference is that our interest seems to ... END_OF_DOCUMENT_TOKEN_TO_BE_REPLACED

In 2019, the long-running Penguin Classics series released its first novel translated from Arabic: Tawfiq al-Hakim’s "Return of the Spirit", conveyed into English by William ... END_OF_DOCUMENT_TOKEN_TO_BE_REPLACED

Equality in divorce, a ban on polygamy: reformers of Islamic family law have a clear agenda. They are exploiting the ambiguity of traditional jurisprudence. By Joseph Croitoru END_OF_DOCUMENT_TOKEN_TO_BE_REPLACED

Decades of oil exports have completely destabilised culture and politics in the Middle East. Speaking with Lena Bopp, the renowned writer Amin Maalouf says that the distorted ... END_OF_DOCUMENT_TOKEN_TO_BE_REPLACED
Date:
Mail:
Send via mail