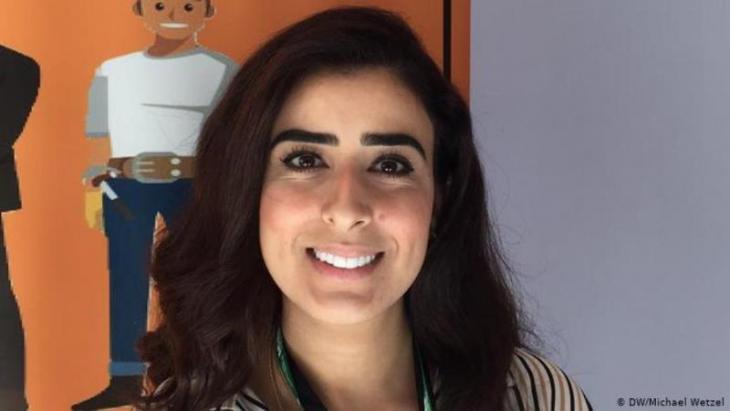 Wall, fences and checkpoints have become a way of life in the West Bank. But now innovative start-ups are using digital means to overcome borders and connect people across the territory. By Manuela Kasper-Claridge

It doesn't take long for Rowan Alawi to explain her business model as she takes out her cell phone and shows photos of street scenes from Ramallah and other places in the West Bank run by the Palestinian Authority.

Alawi's pictures show men standing or sitting on the street waiting for job offers. They are unemployed construction workers. "There are so many workers waiting to find work in Palestine," she says. At the same time, construction companies are looking for trained workers and cannot seem to find them.

This gave her the idea for a digital platform called Amalwork.com where construction workers and companies can register and then be paired up. This way supply and demand can be better coordinated. Alawi founded the start-up together with her father, a contractor, and in the first two months 600 construction workers registered by listing their skills. The first matches were made and the start-up could count on the fees they charged companies for their services.

The young Palestinian is convinced that physical borders can be overcome thanks to digitalisation. "We are working across borders," she emphasises. Still she doesn't want to broker workers to Israel because it is very difficult to get work permits. In addition, there is a massive black market with these permits. 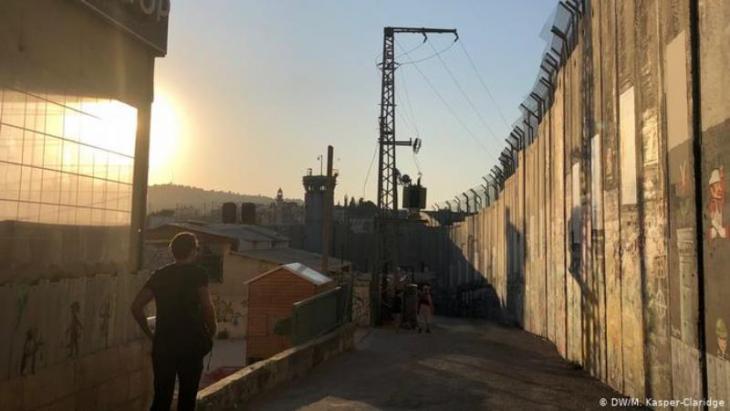 Digitalisation, the key to overcoming physical borders: "There are no limits to innovation. We believe the world is a small village and we can reach anybody online," emphasises Amani Abu Tair, founder and CEO of Wazza.Inc in Jerusalem. Wazza is a platform that uses artificial intelligence to help students learn. "We entrepreneurs from Palestine are working hard to create our future," she says. "I don't need to cross borders in the digital world"

No limits to innovation

More and more young people in the West Bank see technology and innovation as an opportunity to create jobs and secure a livelihood.

"There are no limits to innovation. We believe the world is a small village and we can reach anybody online," emphasises Amani Abu Tair, founder and CEO of Wazza.Inc in Jerusalem.

Abu Tair, like over 20% of Palestinian founders, is a woman. And she has received multiple awards, including "Best Innovator of Palestinian Innovation and Creativity". Wazza is a platform that uses artificial intelligence to help students learn. "We entrepreneurs from Palestine are working hard to create our future," she says.

However, her company cannot overcome physical borders. Simply moving around can be hard. It's even difficult to get from Jerusalem to Ramallah because there are so many checkpoints. "But I don't need to cross borders in the digital world," Abu Tair says.

Testing ground for the Arab world

It is unclear how many start-ups there are in the West Bank, since there are no official numbers available. Amani Abu Tair, who is well connected, estimates the number at several hundred. She tells of a lively start-up ecosystem that has emerged in recent years.

Today, about 5 million people live in the Palestinian autonomous areas, according to the Palestinian Central Bureau of Statistics. Unemployment among young Palestinians is officially around 27%, but in reality it is much higher. Starting a business is therefore quite an attractive option. However, they often fail because of a lack of capital and poor networking.

Alijamil Ismail wants to change that. Since 2018 he has worked in Ramallah at Flow, an accelerator for entrepreneurs, where six start-ups are currently supported. They offer mentors, legal advice and access to several venture capitalists. "Our aim is to provide a one-stop shop for start-ups," Ismail emphasises, "and to establish a functioning Palestine ecosystem."

Investors have already been found in Jordan, Egypt and Switzerland, Ismail says with cautious optimism. "Our access to the outside world is limited, we do need visas, but one can use Palestine as a testing ground for products which can then work in the Arab world."

Asmaa al-Atawna's debut novel "Missing Picture" has been published in German translation (Keine Luft zum Atmen – Mein Weg in die Freiheit). In it, she describes life in Gaza from ... END_OF_DOCUMENT_TOKEN_TO_BE_REPLACED

At the end of every year, the team at Qantara.de gives you a run-down of the ten most-read articles on the site over the past 12 months. Here is a quick overview of the stories ... END_OF_DOCUMENT_TOKEN_TO_BE_REPLACED

Palestinian Christians are an integral part of the Palestinian national movement. This is the conclusion reached by the Chilean-born Palestinian political scientist Xavier Abu Eid ... END_OF_DOCUMENT_TOKEN_TO_BE_REPLACED

Jesus – Issa in Arabic – doesn’t merely enjoy the highest place among the prophets in the Koran. He is also revered in Islam’s mystical tradition for his message of love and mercy ... END_OF_DOCUMENT_TOKEN_TO_BE_REPLACED

With reported hostilities against Israeli journalists and the flag of the Palestinian territories flying on the streets and in the stadiums, it is clear the World Cup in Qatar is ... END_OF_DOCUMENT_TOKEN_TO_BE_REPLACED
Date:
Mail:
Send via mail

END_OF_DOCUMENT_TOKEN_TO_BE_REPLACED
Social media
and networks
Subscribe to our
newsletter