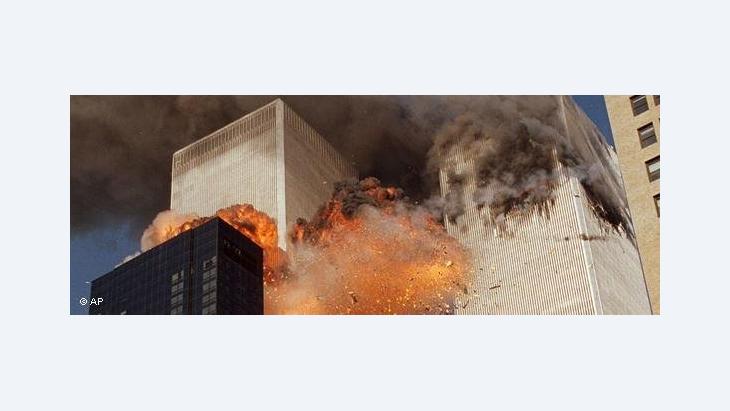 ﻿In his book Eine Moschee in Deutschland (A Mosque in Germany), Stefan Meining claims that the Islamist scene in Germany was systematically nurtured by the intelligence services. At the centre of the story is a mosque in Munich. But is there any truth behind the alleged connections to al-Qaeda and the terrorist attacks of 11 September? A review by Claudia Mende

The first chapters of Stefan Meining's book not only read like a spy thriller, they are also the strongest in the book. Meining traces a line that begins in the Nazi period, passes through the Cold War and the struggle for Afghanistan and leads right through to the attacks of 11 September 2001.

The book is based mainly on research Meining conducted for his documentary film, which was televised by the German public television broadcaster ARD in 2006. In this film, he sketches the rise of political Islam in the West. While the Islamist scene has been monitored carefully since 11 September 2001, before that fateful day, it was not only able to spread unhindered, but was also systematically fostered by the intelligence services. For a long time, no one took any interest in its goals; the aim was instead to utilise it for the purposes of others, who evidently underestimated it.

The fact is that the history of political Islam in Europe goes back quite a long way, and it is to the author's credit that he has been able to reconstruct these roots with the help of painstaking research.

Hitler himself relied on Soviet Muslims in his day, especially those from the Caucasus, who fought on the German side in the so-called "volunteer forces" against the Russians. Their motives were not so much ideological as nationalist. According to the adage "My enemy's enemy is my friend", they supported the German fight against their arch-enemy Stalin in the hope of attaining national independence. The Nazis used Islam as a wartime propaganda weapon, particularly in the closing phase of the Second World War – a chapter of German wartime strategy that has largely been forgotten today. After 1945, some of the Muslim soldiers were repatriated into the Soviet Union, spelling their certain death. The lucky ones were allowed to settle in Germany. 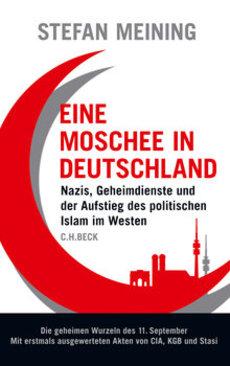 "Persecuted by Nasser, Said Ramadan was exiled in 1958 and came to Munich, making waves as a glittering and charismatic leader of the Egyptian Muslim Brotherhood," writes Claudia Mende

​​The first Muslims in Munich were leading figures in this volunteer movement. National Socialists such as the expert in Turkish Studies Gerhard von Mende, who was responsible for coordinating the Muslim volunteer units in the Third Reich, continued to play a decisive role after 1945 as well. They tried to encourage Muslim politicians exiled from the Soviet Union to support German interests and, most particularly, to prevent them from working for the Americans. Islam was merely a means to an end; in this case, sowing unrest in the Soviet Union. Evidently, the old networks continued to work relatively seamlessly after the war.

In 1953, former volunteers from the Wehrmacht, SS and the political volunteers' movement founded the "Religiöse Gemeinschaft Islam" (Religious Community of Islam) in Munich, the first Muslim association in Germany, which later grew into the "Islamische Gemeinschaft in Deutschland" (IGD, Islamic Community in Germany). Munich became the front-line city in the Cold War. The Soviet refugee faction was soon robbed of its influence by Arab students who ultimately prevailed as leaders of the mosque-building commission.

A central figure in this period was Said Ramadan from Egypt, son-in-law of Hassan al-Banna, founder of the Muslim Brotherhood, and father of Tariq Ramadan. Persecuted by Nasser, Said Ramadan was exiled in 1958 and came to Munich, making waves as a glittering and charismatic leader of the Egyptian Muslim Brotherhood. Nasser's torture chamber proved to be a veritable incubator for Islamists. With Said Ramadan at the helm, the Munich mosque came under the influence of the Muslim Brotherhood, an influence that can still be felt today. Rumours have circulated from time to time that the cosmopolitan Ramadan, with his good contacts to Saudi Arabia, worked for the CIA, but Stefan Meining has not been able to find any evidence of this.

The author provides plausible descriptions of these entanglements and his research in the archives of the CIA, Stasi and KGB, all of which makes for interesting reading. Nevertheless, the claim that all of the major threads of political Islam in Germany came together in the mosque in Munich-Freimann seems far-fetched at times, the connections seeming more a result of Meining's own cleverly constructed storyline. Moreover, the evidence for a link with the attacks of 11 September claimed in the book's blurb is rather thin. 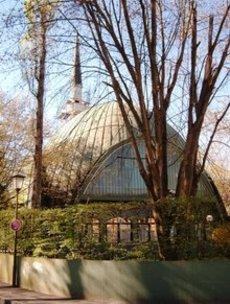 "As detailed as the first chapters of the book are, one would like to learn more about 11 September and the Muslim Brotherhood's ties to al-Qaeda," says Mende

​​The USA suspected Ghaleb Himmat, at the time president of the Islamic Community in Germany, and his business partner Youssef Nada of having procured funding for al-Qaeda through the company Al Taqwa. The Islamic Centre in Munich came under suspicion of terrorism. To date, however, these charges have not been examined by any court. As detailed as the first chapters of the book are, one would like to learn more about 11 September and the Muslim Brotherhood's ties to al-Qaeda.

Meining quotes extensively from the Al-Islam series of writings published by the Munich mosque and edited by the German convert Ahmad von Denffer. The Al-Islam texts show a tense relationship with secular and democratic society. After the author's focus on the dazzling world of the intelligence services, one would wish that he had, at this point, provided more information on how these writings fit into the broad spectrum of political Islam. As is amply evident from the debates in Egypt, the Muslim Brotherhood and the Islamists by no means form a united front.

Nevertheless, one can only agree with the author when he concludes that anyone who doesn't want to see the connections is doomed to remain blind.

Research project "The Global Qur'an", brainchild of Professor of Islamic Studies Johanna Pink and sponsored by the European Research Council, analyses the history and ... END_OF_DOCUMENT_TOKEN_TO_BE_REPLACED

As the Western world emerges from a holiday season made less festive by COVID-19, millions of children in Afghanistan are starting 2022 facing the prospect of famine, illness, and ... END_OF_DOCUMENT_TOKEN_TO_BE_REPLACED

A wedding extravaganza of bright colours, flowers, feasting and dancing, yet the bride, Nefie Eminkova, who comes from Bulgaria's Pomak – Muslim – minority, can see none of it. ... END_OF_DOCUMENT_TOKEN_TO_BE_REPLACED

Every year in December, the team at Qantara.de takes a look back at the articles that proved most popular with our readers. This year is no different. Here is a run-down of the ... END_OF_DOCUMENT_TOKEN_TO_BE_REPLACED

Jesus – Issa in Arabic – doesn’t merely enjoy the highest place among the prophets in the Koran. He is also revered in Islam’s mystical tradition for his message of love and mercy ... END_OF_DOCUMENT_TOKEN_TO_BE_REPLACED

The military in Sudan has never waged war against a neighbour, but it has already staged 17 coups. Tens of thousands of people are risking their lives to oust the military by ... END_OF_DOCUMENT_TOKEN_TO_BE_REPLACED
Author:
Claudia Mende
Date:
Mail:
Send via mail

END_OF_DOCUMENT_TOKEN_TO_BE_REPLACED
Social media
and networks
Subscribe to our
newsletter