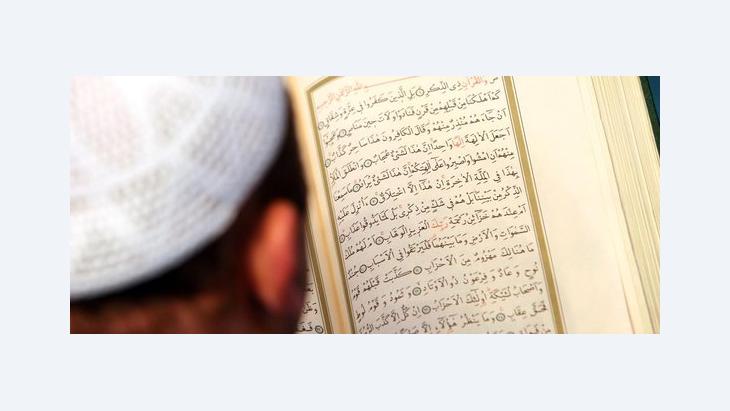 Stefan Weidner's Book on Islam and the West

The End of Imperialism

﻿With his new book, Stefan Weidner would like to straighten out our simplified, cliché-ridden perception of Islam by looking at phenomena such as Sharia from an unusual perspective. Albrecht Metzger read the book

Stefan Weidner is one of the most intelligent commentators on the mood and situation in the Islamic world. This book, which is divided into five thematic chapters, is a collection of his essays, reportages, analyses and reviews dating from 1999 to 2011. Weidner considers the Arab Spring – in the course of which four autocratic rulers have so far either resigned or been driven into exile or killed – to be a watershed in the relationship between the West and the Islamic world.

Weidner writes that the age of imperialism and post-colonial regimes that remained in power with the help of the West has finally come to an end. Now, he writes, it is necessary to reflect on and come to terms with the "injuries" that were sustained on both sides and now take the form of permanent, mutual mistrust.

The West mistrusts the Islamic world, especially since 9/11, because it considers Muslims to have a fundamental propensity to violence and to be incapable of democracy; the Islamic world mistrusts the West because Muslims believe that the USA and the Europeans are pulling the strings and hatching conspiracies behind the scenes in their part of the world. 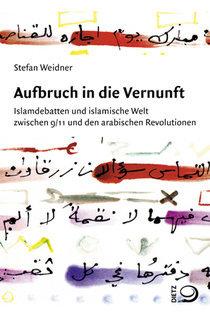 ​​According to Weidner, the Arab Spring at last provides an opportunity to overcome this mistrust. This would involve overcoming ignorance – both unconscious and wilful – on both sides. He hopes that his book will contribute to this process.

To put it simply, it does. Although the texts were written independently of each other over the course of the above-mentioned period, they by and large complement each other in terms of their theme and give the reader a discriminating insight into the nature of the Islamic world and how it is seen from the Western perspective.

The book is characterised by two central themes that Weidner has addressed over the years. One of these is an attempt to straighten out our simplified, cliché-ridden image of Islam by looking at phenomena such as Sharia from an unusual perspective.

The other theme is the question of the extent to which criticism of Islam – which existed before 9/11 but has since increased enormously – is justified and necessary or whether it simply drives Muslims further into a corner, leading them to defend their religion wholeheartedly. One entire chapter has been dedicated to the subject of criticism of Islam.

Weidner seeks to embark on something of a reconnaissance mission, surveying the status quo. The focus of chapter one is on a text that investigates whether Islam should be considered "hardware" or "software". Hardware is rigid and fixed; it is very resistant to change. Software, on the other hand, is flexible; it can be changed and adapted by the user.

There is a stubbornly-held opinion in the West that Islam is hardware; that it is authoritarian and anti-democracy and is not compatible with our Western system of state, which is characterised by pluralism. 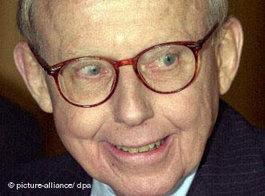 "Islam as a fundamentally belligerent religion": Samuel P. Huntington, author of "The Clash of Civilisations", one of the most controversial theories of the twenty-first century, died on 24 December 2008 at the age of 81

​​Some, like the deceased political scientist Samuel P. Huntington, take this notion one step further. Huntington characterised Islam – regardless of time and place – as a fundamentally belligerent religion that cannot live in peace alongside people of other faiths. For this reason, Huntingdon felt sure that all future encounters between Islam and other religions would be shaped by a "clash of civilisations".

Weidner considers this view to be unhistorical: every religion, he reasons, changes in the course of its history, and Islam is no exception; Islam has not remained the same throughout its 1,400-year history. So are Islam and modern democracy compatible? Weidner writes that "neither is Islam completely compatible with modern democracy, nor does it preclude a certain compatibility".

For that matter, Christianity in its original form would not have been compatible with modern democracy either. However, a radical reformation that cost many lives changed all that. Weidner feels that the same is possible in Islam. He also points out that quite apart from that, it is not ideas that make people democrats, but facts: "if life is more pleasant in a democracy, the third generation at the latest will be able to combine democracy with their everyday lives as Muslims".

Sharia and the West

Weidner also feels that the West's fear of Sharia is only unfounded to a certain point. After all, for Muslims, Sharia means first and foremost justice, not the hacking off of hands. In a just system – and also and most particularly in a democratic one – there is no need to implement the archaic aspects of the Sharia.

Those who consider Islam to be "software" take a similar view. They consider Islam to be flexible and not set in stone. Consequently, they also consider the allegation that Islam is fundamentally violent to be obsolete. Although it is clear that Weidner sympathises with this view, he is aware of the problems. 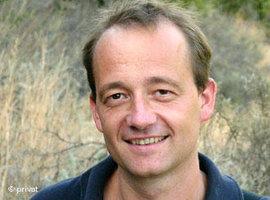 Stefan Weidner read German Studies, Philosophy and Islamic Studies at a number of universities including Berkeley and Damascus; he works as an author, translator and literary critic and is editor-in-chief of the magazine "Art & Thought"

​​After all, those who belong to the "Software Islam" faction tend towards apologetics; they defend Islam against all criticism, even in those cases where it seems necessary. Weidner himself, however, has no qualms about addressing the problematic aspects of the Islamic tradition.

At one point, he refers to the thirteenth-century collection of al-Nawawi hadiths, which is very popular in the Islamic world to this day. One of the hadiths bans the killing of Muslims, unless the Muslims in question are married adulterers, murderers, or apostates.

This brings us neatly to the problematic aspects of Sharia. In the thirteenth century, these punishments may have been normal (in a European context too); from today's perspective, however, they are barbaric.

However, because these instructions are traditionally held to have been uttered by the Prophet himself, modern legal scholars shy away from refuting them, after all, they could easily be villainized as apostates by Islamic fundamentalists for doing so. Weidner feels that if the necessary modernisation of Islam is to succeed, the time has come to address religious texts critically in a historical context.

In other words, the author is not against criticism of Islam per se; however, he does accuse the self-styled critics of Islam – a group that has rapidly increased in size in the West since 9/11 – of throwing out the baby with the bathwater. He feels that just like those who see Islam as hardware, they are denying Muslims all opportunity to modernize their religion. They feel that Islam is static, not reformable and, consequently, opposed to democracy.

Such opinions as these have serious consequences for co-existence in Europe. After all, they ultimately hold that Muslims in Europe can only integrate themselves into society if they abandon their faith.

Yet despite the fact that the battle lines are drawn, Weidner is optimistic. He feels that the Arab Spring has shown that devout Muslims also take to the streets for what are supposedly Western values such as democracy and freedom of speech. The road to a real democratization of the Middle East might be a rocky one, he says, but the West would be well advised to support the Muslims along this path; otherwise the estrangement between the Western and Islamic worlds could intensify.

Home
Print
Newsletter
More on this topic
The Debate on Islam and the Enlightenment: For Conflict Resolution without Self-RighteousnessKhaled Al-Khamissi and Stefan Weidner: Dialogue about the Arab Spring
Related Topics
Dialogue of Cultures | Intercultural Dialogue, Islam and the West, Islam in Europe
All Topics

Having taken control of the traditional media, Turkish President Erdogan is now extending his reach to the social networks. A new law has been passed to rein in major digital ... END_OF_DOCUMENT_TOKEN_TO_BE_REPLACED

Although a unity government was formed in Libya in March 2021, tensions and possible crises between the political actors are already emerging. What problems does the country face ... END_OF_DOCUMENT_TOKEN_TO_BE_REPLACED

In Islamic mysticism, Ramadan is more than just a period of prescribed abstinence, signifying an opportunity for inner contemplation. Marian Brehmer explores the spiritual ... END_OF_DOCUMENT_TOKEN_TO_BE_REPLACED

The USA and NATO plan to withdraw from Afghanistan by September. The operation is risky, the outcome uncertain. Many Afghans fear civil war. The quake on the Hindu Kush will also ... END_OF_DOCUMENT_TOKEN_TO_BE_REPLACED

The neo-Ottomanism propagated by Erdogan has long been more than rhetoric and symbolic politics. This can be seen from recent developments in parts of northern Syria, where Turkey ... END_OF_DOCUMENT_TOKEN_TO_BE_REPLACED

Televised Turkish dramas are all the rage in the Middle East. A young Ottoman TV Empire has been expanding its soft power by harnessing regional dialects, Arabic names and viewers ... END_OF_DOCUMENT_TOKEN_TO_BE_REPLACED
Author:
Albrecht Metzger
Date:
Mail:
Send via mail

END_OF_DOCUMENT_TOKEN_TO_BE_REPLACED
Social media
and networks
Subscribe to our
newsletter