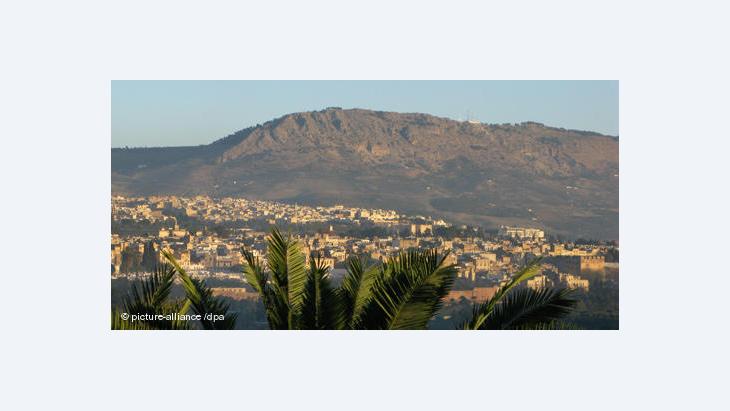 Following the success of his "Mohammedan Temptations," prominent translator and publisher of Arab literature Stefan Weidner has now brought out a second prose volume with a literary account of a trip to Morocco. A review by Lewis Gropp

​​It is one of modern history's bitter ironies that the western media has only really started to show a lasting interest in the Islamic and Arab cultures since the terrorist attacks of 9/11.

Under increasing pressure to produce media content on this theme, authors have quickly acquired the necessary credentials to be viewed as experts in the field. Stefan Weidner, born in 1967, is not one of those who jumped on the bandwagon late in the game – he already took his first educational trip to the Maghreb at 17, on his own initiative. This was followed by Islamic studies in Berkeley, Damascus and elsewhere.

Weidner then launched a successful career as a publisher and translator of Arab literature. He has, for example, translated works by two of the most important contemporary Arabic authors into German - the Palestinian Mahmoud Darwish and Adonis from Syria. As publisher of the demanding dialogue magazine Fikrun wa Fann, the Cologne resident is one of the central mediators between the Arab and German cultures.

Every man of letters is surely tempted at some point to try his hand at becoming an author in his own right, and thus Weidner, after being awarded the Brentano Prize for his "Mohammedan Temptations" in 2004, has now published a second narrative volume, "Fes – Sieben Umkreisungen" ("Fez - Seven Circuits"). The title refers to the seven circuits that every pilgrim to Mecca must complete around the Holy Ka'ba.

A pilgrimage requires the ability to collect oneself and concentrate, but Weidner's "Fez" offers the opposite. The protagonist, R., drifts about, apparently aimlessly, in his own story. During his fifth circuit, R. asks himself if he has perhaps acted against his own beliefs. "But no," he tells himself, "he doesn't have any." In another passage, "He rummages around in his identities and biographical epochs - in which one did he find himself not long ago?"

Not only the main character in "Fez" is bereft of orientation as he wends his way through the Maghreb, the plot itself here is similarly meandering - there is no center of meaning (or Ka'ba) around which these seven "circuits" wind, let alone a dramatic storyline.

Of course, literary texts can get away without a plot and dramaturgy – especially in the case of travel writing, which is usually marked instead by stylistic elegance and the individual's gift for observation. To which genre should we then assign the "Seven Circuits"? Weidner allows himself the freedom of not being pinned down. He described his "Mohammedan Temptations" as a "narrative essay," and "Fez" is just as ambivalent in terms of genre label. On the one hand, the introduction proclaims the book to be "a literary fiction"; on the other, the article in the "Neue Zürcher Zeitung" is reproduced there in which the actual trip and the German-Moroccan poets' conference are described that form the point of departure for the text.

The problem that Helmut Böttiger already diagnosed in "Die Zeit" for the "Mohammedan Temptations" also applies to "Fez" – when in doubt, the author can simply retreat to his own subjectivity as final arbiter, and yet he "at the same time always makes a claim to objectivity." When Weidner for example lets Moroccan intellectual Ahmad Nassib reflect on the history of Moorish Spain, do his pronouncements correspond with historical fact or not?

And when the living and working conditions of Chinese guest workers in Algeria are described - how is the reader supposed to separate fact from fiction? One can assume that the biography of Ibn Khaldun and his theories on the "cyclical character of world events" have not been fictionalized, and nor were the chapter headings from his Introduction to History that are laconically cited here ("Chapter 25: The Countries Conquered by the Arabs Rapidly Fall to Ruin." – "Chapter 27: The Arabs Do Not Know How to Rule") are reproduced faithfully. But even these passages leave behind only a vague and fleeting impression, due to the alleged fictitiousness of their content.

Overall, the book gives the impression of having been put together in great haste. The author and his publisher possibly wished to capitalize quickly on rave reviews in the features pages and the prestigious Brentano Prize. At least it seems as if a few stylistic quirks were allowed to creep in. True, the dream "whose flavor still lies on the tongue of his soul" may remind one, according to how one reads it, of Goethe's "All theory is gray, my friend, but green is the golden tree of life" – but castles that "have been nibbled at by the elements" makes for quite a clumsy metaphor.

Elsewhere we read that: "The railway between Casablanca and Rabat (...) is a necklace on the throat skin of the coast, and its pearls are oil tanks and refineries." Not every editor would have let this passage slip by without protest. On his third circuit, R. observes a Moroccan woman. The narrator's voice describes her as follows: "Devilishly tight blue jeans, short, revealing slim lower legs up to the point where the Achilles tendon gently gives way to muscle." – Female charms have certainly been praised less laboriously.

One must give Stefan Weidner credit for describing the countries, people and cultures he encounters on his journeys with unbiased interest and no trace of cultural snobbishness. "Fez" reveals a deep-seated skepticism that protects the author from any derailments with regard to worldview. But it was perhaps precisely this skepticism that kept Weidner from giving his "Circuits" a more determined dramatic tension and a more striking stylistic form.

Libyan political analyst Faraj Alasha argues that the Berlin conference on the Libyan war did nothing to change the fact that there is no political solution to end the war raging ... END_OF_DOCUMENT_TOKEN_TO_BE_REPLACED

As COVID-19 sweeps across the globe, it is forcing religions to adapt and take action to prevent infection. But experts warn against using the crisis to fuel conspiracy theories. ... END_OF_DOCUMENT_TOKEN_TO_BE_REPLACED

Germany continues to believe in the fiction that palm oil obtained from South East Asia to blend with diesel fuel is ecologically sound and climate-friendly. But that belief is ... END_OF_DOCUMENT_TOKEN_TO_BE_REPLACED

On their fourth CD "Irade" (willpower), Masaa has left its piano sound behind, yet continues with its new guitarist to pursue a path that bridges jazz improvisation and Arabic ... END_OF_DOCUMENT_TOKEN_TO_BE_REPLACED

The parties at the centre of Germany's political landscape have often exhorted citizens to distance themselves from the right-wing AfD party. And yet, Europe's response to what is ... END_OF_DOCUMENT_TOKEN_TO_BE_REPLACED
Author:
Lewis Gropp
Date:
Mail:
Send via mail

END_OF_DOCUMENT_TOKEN_TO_BE_REPLACED
Social media
and networks
Subscribe to our
newsletter