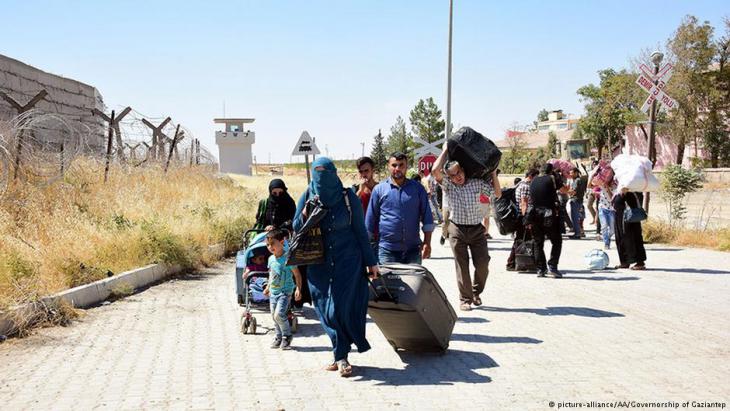 "Stranded. Refugees between Syria and Europe"

For his reportage "Stranded. Refugees Between Syria and Europe" the writer Tayfun Guttstadt travelled to the cities of Turkey and along the Turkish-Syrian border. In conversation with Sonja Galler, he talks about the precarious situation faced by Syrian refugees, their legal status and Turkey′s lack of any kind of integration concept

Turkey is one of the most important transit nations for refugee flows en route to Europe. At the same time, Turkey has itself become a migration country in recent years: at around three million, the nation hosts the largest number of Syrian refugees worldwide. NGOs estimate the actual number of Syrians in Turkey is closer to 3.5 million, as not all refugees have been registered yet.

For the EU and the Turkish government, the six-figure number may first and foremost serve as an argument in a domestic and foreign policy game that both areplaying to serve their own political ends. But how are the refugees themselves faring? Those that are "stranded" in Turkey and decided to remain there for a wide variety of reasons.

The Hamburg writer Tayfun Guttstadt, who reported on the Gezi protests in his first book "Capulcu", has resumed his travels and spent time talking to (among others) Syrian refugees between Istanbul, Hatay, Gaziantep and Diyarbakir about their lives, political views, hopes and disappointments. 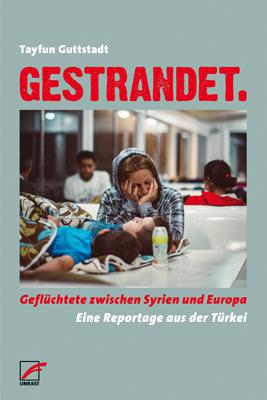 A manifold insight into the precarious social and legal situation of Syrians: German author Tayfun Guttstadt travelled between Istanbul, Hatay, Gaziantep and Diyarbakir and spoke to Syrian refugees about their lives in Turkey, their hopes and disappointments

The resulting work is a densely narrated reportage, abundant with conversations with friends, casual acquaintances and people from all walks of life, sprinkled with observations and background information. It provides a manifold insight into the precarious social and legal situation of Syrians and other refugees in the country, people who fluctuate between staying and travelling on.

"Most refugees live in hope of being able to return soon. Others feel at home in Turkey, because for example the culture is quite similar, or they've found a job, or made friends. Others stay because they don't know what else to do. Other reasons to stay are the fear of continuing illegally to Europe or doubts over whether things would be better there," says Guttstadt.

Only a small percentage of the refugees are living in one of the camps set up by the Turkish government close to the Syrian border and from which only a few more than airbrushed images reach the public domain. Just as it is to other journalists, access is also denied to Guttstadt on his travels.

Poverty risk in the metropolis

The overwhelming majority muddle through in one of the country's cities. There may be more opportunities here, but the risk of falling into poverty is also high: refugees often live in over-priced, cramped accommodation working without permits "for a pittance in industry or on a building site, fielding accusations that they're taking work away from Turks and Kurds," says Guttstadt.

Without a work permit – something that few employers go to the trouble of obtaining for their employees – access to welfare is barely possible. Child labour, in the textile industry for example, is also an issue. However, the authorities frequently turn a blind eye to illegal work or new businesses that haven't been correctly registered.

But Guttstadt does include more positive biographies in his book and reports on wealthy individuals who have rented or even bought apartments and houses and who have relocated their businesses to Turkey. Artists, intellectuals and musicians gather in Istanbul, which has developed into one of the exile centres of Syrian intellectuals alongside Gaziantep and Berlin. 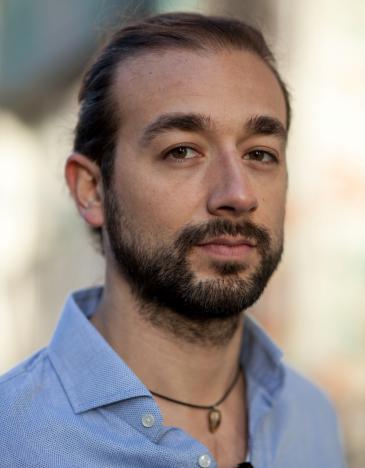 Guttstadt also has unequivocal words of criticism for the Turkish government: "there is no discernible integration concept. None of the parties gives serious attention to the rights of refugees"

A peculiarity of the Turkish asylum system means, however, that in accordance with the Geneva Refugee Convention, the refugee status does not apply to Syrians for whom a special status was created in Turkey, which officially allows them to use the public health system and now the education system too. But there is often a lack of appropriate capacity to guarantee these promised rights.

In this context, the reportage also shines a light on civil society efforts: the local initiatives and aid organisations that offer support to the refugees, sometimes under makeshift conditions, trying to offer language courses and provide psychosocial support. Guttstadt also visits the controversial aid organisation IHH, predominantly active in the Sunni milieu - the offshoot of which was banned in Germany.

But we also hear the views of people on the street, taxi drivers and their highly subjective comments, which range from racist resentment through to understanding and expressions of empathy, show that in Turkey too, the issue is emotionally charged.

"First and foremost among nationalist AKP opponents, there is a commonly-held view that the Syrians are living the high life at the expense of the country's citizens. The most vociferous supporters on the other hand are full of religious pathos, in which the needs and interests of the refugees barely play a role. Very few actors in Turkey recognise that the refugees deserve the same rights as any other person," says Guttstadt.

Guttstadt also has unequivocal words of criticism for the Turkish government: "There is no discernible integration concept, the situation is characterised by emergency solutions. Always under the assumption that a few 'guests' have to be looked after just for a short while, because Assad will in any case be toppled tomorrow or the day after. None of the parties giving serious attention to the rights of refugees. The AKP uses a romanticised rhetoric, which barely conceals its political exploitation of the situation, above all in domestic and EU policy," says Guttstadt.

The discussion concerning the naturalisation of Syrian refugees is also to be viewed in this context: It is "controversial because the AKP is doing all it can to fit the majority Sunni refugees – non-Sunnis only come to Turkey unwillingly – into its social model."

Looking outwards with the knowledge from within: a conversation with the Iraqi writer Sinan Antoon on the future of his homeland. Interview by Lena Bopp END_OF_DOCUMENT_TOKEN_TO_BE_REPLACED

Political analyst Taqadum al-Khatib argues that Egypt can, in co-ordination with its European partners, develop a common vision to solve the complex conflict in Libya. For this to ... END_OF_DOCUMENT_TOKEN_TO_BE_REPLACED

At the suggestion of his Arab students, Israeli psychologist Ofer Grosbard created the project "Quranet", which uses texts from the Koran to solve educational problems in schools ... END_OF_DOCUMENT_TOKEN_TO_BE_REPLACED

Libyans have mixed feelings about the EU. On the one hand, they admire what Europeans have achieved, but on the other, they feel let down. Moutaz and Walid Ali report from Tripoli END_OF_DOCUMENT_TOKEN_TO_BE_REPLACED

Turkey's President Erdogan wants to create a second Bosphorus. The cost to the economy and environment would be enormous – and that's why Istanbul's mayor is attempting to stop ... END_OF_DOCUMENT_TOKEN_TO_BE_REPLACED

Libya is in turmoil and no political solution is in sight. The EU's inability to take concerted action in the country, meanwhile, is being exploited by third parties, such as ... END_OF_DOCUMENT_TOKEN_TO_BE_REPLACED
Author:
Sonja Galler
Date:
Mail:
Send via mail