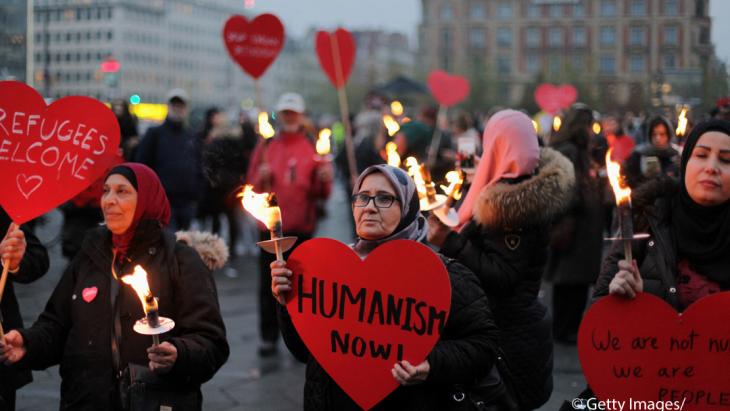 Bilal Alkale's family is among the hundred or so Syrian refugees in Denmark whose lives are on hold amid an insufferable legal limbo – their temporary residency permits have been revoked but they can't be deported. Now, they have no rights.

Alkale, who until recently ran his own small transportation company in Denmark, found out in March he wasn't allowed to stay in the Scandinavian country where he has lived as a refugee since 2014, as Copenhagen now considers it safe for Syrians to return to Damascus.

His wife and three of his four children were also affected by the decision taken by Danish authorities.

Once the ruling was confirmed on appeal in late September – like 40 percent of some 200 other cases examined so far – Alkale and his family were ordered to leave.

They were told that if they didn't go voluntarily, they would be placed in a detention centre. The family has refused to leave.

Normally they would have been deported by now, but since Copenhagen has no diplomatic relations with Damascus, they can't be. And so they wait.

Days and weeks go by without any news from the authorities. In the meantime, the family has been stripped of their rights in Denmark.

Alkale can't sleep, his eyes riveted on his phone as he keeps checking his messages.

"Everything is off. The kids aren't going to school, and I don't have work," he says, the despair visible on his weary face as he sits in the living room of the home he refurbished himself in the small village of Lundby, an hour-and-a-half's drive south of Copenhagen. "All this so people will get annoyed enough to leave Denmark."

For him, returning to Syria means certain death.

And yet, he has no way to earn a living here.

"As a foreigner staying illegally in Denmark, your rights are very limited," notes his lawyer Niels-Erik Hansen, who has applied for new residency permits for the family.

In mid-2020, Denmark became the first European Union country to re-examine the cases of about 500 Syrians from Damascus, which is under the control of Bashar al-Assad's regime, saying "the current situation in Damascus is no longer such as to justify a residence permit or the extension of a residence permit".

The decision was later widened to include the neighbouring region of Rif Dimaq.

Despite a wave of Danish and international criticism, the Social Democratic government – which has pursued one of Europe's toughest immigration policies – has refused to budge.

The Alkale family is considering leaving for another European country, even though they risk being sent back to Denmark.

Alkale's oldest child was already over the age of 18 when they arrived in Denmark and therefore has her own residency permit, currently under review.

Of the three other children, only the youngest, 10-year-old Rawan, still has the carefree ways of a child.

Majed, 14, says he's "bummed", while Said, 17, who was studying to prepare for professional chef school, says he now has no idea what his future holds.

Only a handful of Syrians have so far been placed in detention centres, regularly criticised for poor sanitary conditions.

Asmaa al-Natour and her husband Omar are among the few.

They live in the Sjaelmark camp, a former army barracks surrounded by barbed wire and run by the prisons system since late October.

"This centre should disappear, it's not good for humans, or even for animals. There are even rats," says al-Natour.

"My husband and I opened a shop selling Arabic products, it was going well. Then I decided to resume my studies, but now everything has just stopped," says al-Natour, who "just wants to get (her) life back."

"Going back to Syria means going to prison, or even death, since we're opposed to Bashar al-Assad. He's a criminal."

Niels-Erik Hansen, who also represents this couple, says his clients are being "held hostage by the Danish authorities."

The government is trying "to spread the message that 'in Denmark, we almost deport to Syria'," he says.

Danish authorities meanwhile insist it's safe for Syrians to go back.

"If you aren't personally persecuted ... there haven't been acts of war in Damascus for several years now. And that is why it is possible for some to go back," the government's spokesman for migration, Rasmus Stoklund, told journalists.

Some 35,500 Syrians currently live in Denmark, more than half of whom arrived in 2015, according to official statistics.    (AFP)

More on this topic
Migration and human rights: Refugee versus migrant: what's in a name?'War in Syria. Resolving a global conflict': Refuting the populist mantra "Syrians go home"Mass expropriation in Syria: How Assad is preventing the return of refugeesSyrian conflict: The war in Syria is not over
Home
Print
Newsletter
MoreAll Topics

END_OF_DOCUMENT_TOKEN_TO_BE_REPLACED
Social media
and networks
Subscribe to our
newsletter