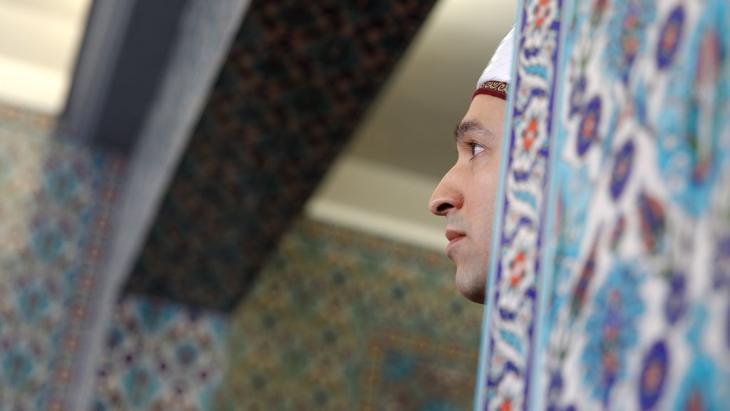 Study on attitudes in "Post-migrant Germany"
Do you love Germany?

A new study entitled "Post-migrant Germany" set out to investigate attitudes on national identity in Germany. According to the results, these attitudes are ambivalent: people in Germany are open-minded, yet many in mainstream society have major reservations with respect to Muslim immigrants. By Claudia Mende

Germany is increasingly characterised by ethnic, cultural and religious diversity. This has not only altered the appearance of German cities, it has also transformed German attitudes to national identity. Over 16 million people in Germany have what is referred to as a "migrant background". That is around a quarter of the total population. The majority of these people, some 9 million individuals, hold German citizenship; a quarter of them are Muslim.

A new study by the research group "Young Islam-related Issues in Germany (JUNITED)" from the Berlin Institute for Empirical Integration and Migration Research (BIM) at the Humboldt-Universität zu Berlin investigated what impact the reality of Germany being a country of immigration has had on German national identity.

The institute's "Post-migrant Germany" study was conducted by an interdisciplinary research group headed by the sociologist Naika Foroutan. More than 8,200 people across the country were asked about their attitudes to issues relating to society, religion and identity.

The study is one of the largest academic studies of its kind to date. It was concluded in April 2014, before the mass media began to report on Islamic State and its brutal aggression in Syria and Iraq. Whether the results would have been different if the study had been conducted at a later date remains a matter of speculation.

According to the survey, the majority of those questioned had a positive attitude towards Germany. For most of the respondents, the most important historical reference point is no longer Germany's Nazi past, but rather reunification. Most migrants feel just as emotionally attached to Germany as those without a migrant background: over 80 per cent of all those surveyed answered "yes" to the question "Do you love Germany?" 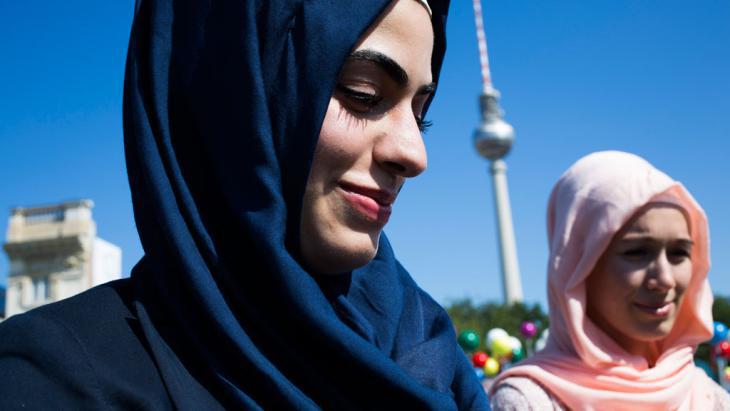 "Some 38 per cent also feel it important that women do not wear headscarves. In other words, they feel that whoever wears a headscarf cannot be German," writes Claudia Mende

Most migrants regard themselves as German (77 per cent) and identify with the country. "We are clearly seeing here that the characteristics of national identity are expanding and undergoing a transformation. An increasing number of people are claiming to be German, even if their names sound different and their ancestors did not necessarily live in Germany," says Jan-Hendrik Olbertz, president of the Humboldt-Universität zu Berlin, commenting on the study results. He sees this as a fundamentally new situation with respect to the definition of national identity.

Negative attitude towards people with a deep faith

Nonetheless, the study as a whole presents ambivalent results. While it is true that there is a certain openness in Germany towards people from different cultural groups, there are also massive reservations towards these groups and notably towards Muslims. This is especially true when Muslims live out their religious and cultural self-image in a particularly conspicuous manner, for example, when they publically express a desire to move their mosques from back courtyards to more visible locations or when women wear headscarves, thereby publically expressing their Islamic identity.

An overwhelming majority of 97 per cent of all respondents believe that whoever wants to be German must speak the German language. Moreover, German citizenship is ranked as especially important (by around 80 per cent). In principle, anyone who lives in Germany can fulfil these two criteria.

Discouraging, however, is the assertion by a significant number of those surveyed (37 per cent) that having "German ancestors" is important. Some 38 per cent also feel it important that women do not wear headscarves. In other words, they feel that whoever wears a headscarf cannot be German.

On the one hand, 68 per cent of those interviewed believe that Muslims should receive greater recognition and 69 per cent consider it right that Islamic religious education be taught in German schools. On the other, close to half of all respondents feel that teachers should not be permitted to wear a headscarf in school. Well over half (60 per cent) would ban the circumcision of boys, while 42 per cent would like to limit the construction of "publically visible mosques" – whatever that means.

"The limitations of this open-minded self-image are reached in specific situations," write the authors of the study. When Muslims demand the right of cultural and religious self-determination, they are once again regarded as the other, the counterpart to a German "we" and are judged by around one third of respondents to be "aggressive" and to have "less of an interest in education". 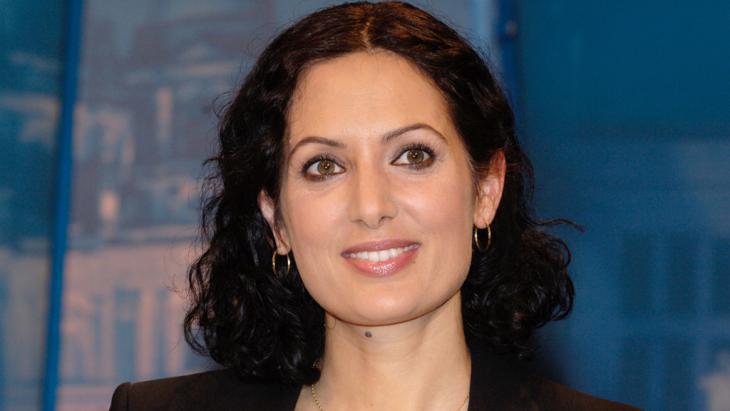 Naika Foroutan (pictured above) headed the interdisciplinary research group at the Humboldt-Universität zu Berlin that conducted the "Post-migrant Germany" study, which exposed ambivalent attitudes towards migration

Stereotypes are prevalent throughout mainstream German society and are not restricted solely to those with extremist right-wing or anti-Islamic worldviews.

It is not, therefore, surprising that some politicians succumb to the temptation to react to vague reservations by promoting populist demands and specifically exploiting existing reservations. Such reservations tend to flourish in places where people have little contact with Muslims. In situations where real contact exists with Muslim neighbours or work colleagues, there are considerably fewer negative depictions.

Those who have no contact with Muslims tend to overestimate their numbers. Only around five per cent of the total population belong to the Muslim faith. Yet, almost two-thirds of respondents to the "Post-migrant Germany" study believe the number to be considerably higher.

This is not simply theoretical. At the moment, this phenomenon can clearly be seen in Dresden, where for the past few weeks, thousands of people have been regularly demonstrating for a limit to the number of refugees in the country as well as against a supposed "Islamisation of the Western world". And this is taking place in a part of Germany where less than one per cent of the population are Muslims.

Home
Print
Newsletter
More on this topic
Study on attitudes in "Post-migrant Germany" (German only)Immigration and the new class divide: Feeding on people's grievancesThe perception of Islam as the enemy: When fear creeps inThe sudden rise of Germany's Islamophobic Pegida movement: "The product of a nervous society"Interview with the sociologist of religion Detlef Pollack: "Germans are much less tolerant"
Related Topics
Freedom of religion, Integration in Germany, Islam in Germany, Islamophobia, Migration in Germany, Muslims in the West
All Topics

Research project "The Global Qur'an", brainchild of Professor of Islamic Studies Johanna Pink and sponsored by the European Research Council, analyses the history and ... END_OF_DOCUMENT_TOKEN_TO_BE_REPLACED

A wedding extravaganza of bright colours, flowers, feasting and dancing, yet the bride, Nefie Eminkova, who comes from Bulgaria's Pomak – Muslim – minority, can see none of it. ... END_OF_DOCUMENT_TOKEN_TO_BE_REPLACED

As the Western world emerges from a holiday season made less festive by COVID-19, millions of children in Afghanistan are starting 2022 facing the prospect of famine, illness, and ... END_OF_DOCUMENT_TOKEN_TO_BE_REPLACED

Every year in December, the team at Qantara.de takes a look back at the articles that proved most popular with our readers. This year is no different. Here is a run-down of the ... END_OF_DOCUMENT_TOKEN_TO_BE_REPLACED

Jesus – Issa in Arabic – doesn’t merely enjoy the highest place among the prophets in the Koran. He is also revered in Islam’s mystical tradition for his message of love and mercy ... END_OF_DOCUMENT_TOKEN_TO_BE_REPLACED

The military in Sudan has never waged war against a neighbour, but it has already staged 17 coups. Tens of thousands of people are risking their lives to oust the military by ... END_OF_DOCUMENT_TOKEN_TO_BE_REPLACED
Author:
Claudia Mende
Date:
Mail:
Send via mail

END_OF_DOCUMENT_TOKEN_TO_BE_REPLACED
Social media
and networks
Subscribe to our
newsletter