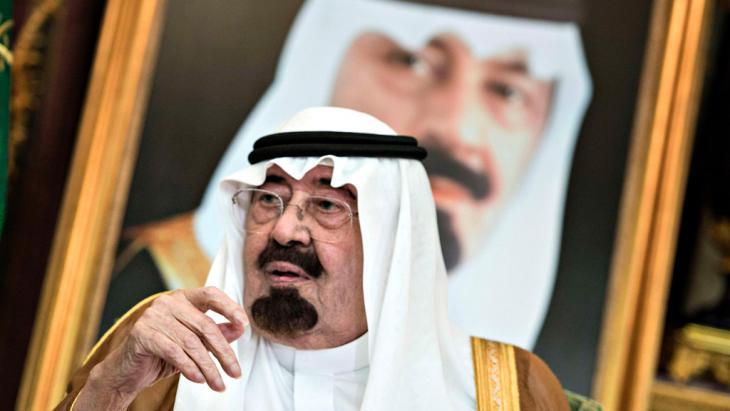 Succession in the Saudi royal family

King Abdullah of Saudi Arabia is one of the oldest monarchs in the world. He has named two of his brothers as his successors. The only difficulty is that the two princes are almost as old as the ailing autocrat himself. By Anne Allmeling

Observers of the Gulf region pricked up their ears at the news: on New Year's Eve, King Abdullah of Saudi Arabia was admitted to hospital in the capital, Riyadh, where he is being treated for pneumonia. This in itself is not unusual, considering the king's age. However, the health of the elderly Saudi monarch, who enjoys absolute power in the country, is a matter of great importance not just for the kingdom itself. Saudi Arabia's status as one of the world's largest oil exporters as well as its role in regional power struggles means that Abdullah's condition is being observed closely around the world.

But for the Saudi royal family, Abdullah's illness raises a controversial issue: the question of a possible generation change. Since the death of the state's founder, Abdul Aziz ibn Saud, in 1953, the crown has passed from Abdul's eldest son to several of his brothers – insofar as the brother was able and willing to rule the kingdom. Abdullah's precise age is disputed, but he is believed to be over 90. The two designated crown princes, Salman and Muqrin, are themselves already almost 80 and 70 years old respectively.

From brother to brother for over 60 years

Abdullah officially assumed the throne in 2005, when he took over from his half-brother Fahd. However, he is regarded as having been the de facto ruler of the country since the 1990s, as Fahd was very ill for several years prior to his death.

Fahd and Abdullah are just two of more than 40 sons ibn Saud fathered with several different women. Many of these children have already died, including Sultan and Nayef, who were initially designated Abdullah's successors.

For some time now, the grandchildren of the state's founder have been hoping the crown might pass to them. Some of these grandchildren are actually older than ibn Saud's younger sons. Until now, though, the crown still hasn't come down to the next generation. 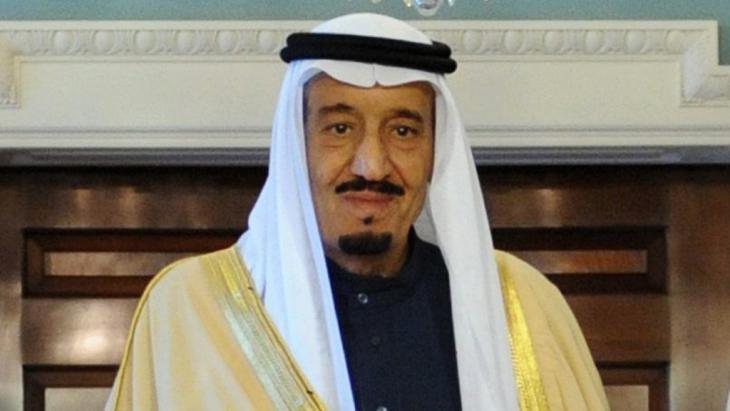 Crown Prince Salman (pictured above) is next in line to succeed King Abdullah. He was named crown prince shortly after the death of his brother, Nayef, on 18 June 2012. In March 2014, King Abdullah took the unprecedented step of appointing his younger half-brother Prince Muqrin deputy crown prince

The Saudi royal family is still divided on the question. There have already been numerous conflicts over the succession, with different groups – such as the so-called Sudairi Seven – trying to assert their own interests. The Sudairi Seven were seven brothers, including Fahd, Sultan and Nayef, who all have the same mother and were considered particularly influential until their deaths.

In 2007, King Abdullah established a Succession Commission to decide who takes the throne if the king and the crown prince should fall ill or die. However, as with so many political decisions in the conservative royal house, it is unclear whether or not this commission has any real say in the matter.

The pace of reform in the biggest Gulf state seems to be particularly slow. Many of those involved are far advanced in years, but this is only part of the problem: the need for consensus also slows down the process. Saudi Arabia may be an absolute monarchy, but this means that the royal family is involved when the most important decisions are made, and the majority of the princes must be in agreement. This is becoming increasingly difficult in a royal family comprising hundreds of members and numerous branches.

It is still unclear which of ibn Saud's grandsons will be the first to ascend the throne. The political leadership keeps getting older, while Saudi Arabia itself remains a comparatively young country: two-thirds of the population are 25 and under.

Saudi Arabia remained relatively quiet during the so-called "Arab Spring". Thanks to the country's immense oil wealth, the monarchy was able to largely guarantee the people's prosperity. But there are tensions within society that cannot be ignored – tensions over religion, women's rights, and political participation, for example. Many of these problems are being discussed on social networks, especially by the younger generation.

Nevertheless, it is still anybody's guess which member of the royal family will be the one to lead the country in future.

Napoleon Bonaparte’s 1798 invasion of Egypt represented the first modern attempt to incorporate an Islamic society into the European fold. Although the expedition was a military ... END_OF_DOCUMENT_TOKEN_TO_BE_REPLACED

Libya's plight resembles that of other war-torn countries in the Greater Middle East: internal conflict has spiralled out of control because of misguided foreign intervention. ... END_OF_DOCUMENT_TOKEN_TO_BE_REPLACED

A friend of the murdered journalist Jamal Khashoggi, Omar Abdulaziz is a thorn in the side of Saudi Arabia. Living in exile in Canada, the activist has been warned by the police ... END_OF_DOCUMENT_TOKEN_TO_BE_REPLACED

A heated debate is raging in the Islamic world about whether the religious and political spheres in Islam are one and the same. Before this matter can be settled, the terms " ... END_OF_DOCUMENT_TOKEN_TO_BE_REPLACED

Just one day after the UN Secretariat omitted Saudi-led forces from a "list of shame", an airstrike killed four children. The UN is under pressure to acknowledge Saudi Arabia's ... END_OF_DOCUMENT_TOKEN_TO_BE_REPLACED

With Ramadan over and coronavirus hopefully on the wane, Bader Al-Saif takes a look at how divisions dating back to the June 2017 blockade of Qatar shaped the region's contrasting ... END_OF_DOCUMENT_TOKEN_TO_BE_REPLACED
Author:
Anne Allmeling
Date:
Mail:
Send via mail

END_OF_DOCUMENT_TOKEN_TO_BE_REPLACED
Social media
and networks
Subscribe to our
newsletter