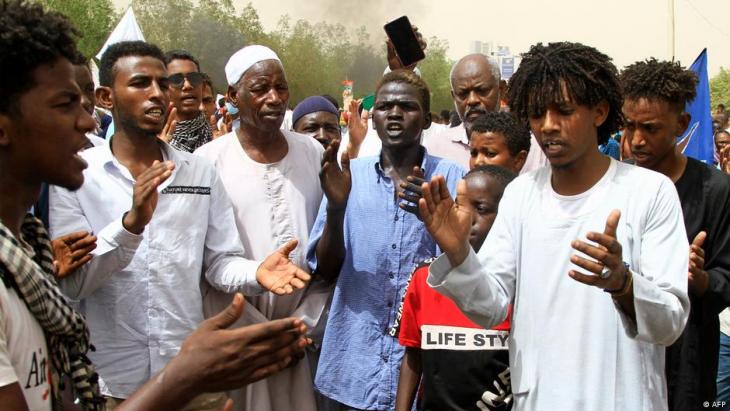 Sudan's civilian bloc on Monday rejected UN-facilitated talks with the army to resolve a crisis sparked by last year's military coup, saying the meetings did not tackle the problem.

The push for talks comes amid continued street protests, the latest in months of unrest.

The United Nations, along with the African Union and regional IGAD bloc, have been pushing for Sudanese-led talks to solve the impasse since army chief Abdel Fattah al-Burhan led a military power grab in October, ousting the civilian Forces for Freedom and Change (FFC).

The FFC said it received an invitation from the UN-AU-IGAD trio for a technical meeting with the military on Wednesday, but "conveyed its apologies" and said they would not attend.

The October coup derailed a fragile transition to civilian rule that had been established following the 2019 ousting of president Omar al-Bashir.

The meeting "does not address the nature of the crisis" and any political process should work on "ending the coup and establishing a democratic civilian authority", the FFC said in a statement.

"This cannot be done by inundating the political process with parties representing the coup camp or linked to the former regime", it added.

UN spokesperson Stephane Dujarric urged factions to take part in the talks "in good faith" and to "continue to work towards establishing a conducive environment for a constructive dialogue".

Burhan also called on political blocs to "engage in the talks".

Anti-coup protests broke out in several parts of Khartoum on Monday, with crowds demanding civilian rule.

They were met by a heavy deployment of security forces, firing a barrage of tear gas canisters, witnesses said.

Since the coup, Sudan has been rocked by near-weekly protests and a violent crackdown that has killed nearly 100 people, according to pro-democracy medics.

Last week, Burhan lifted a state of emergency in force since the coup to set the stage for "meaningful dialogue that achieves stability for the transitional period".

However, the FFC on Monday said that other activists still remain in prison and the iron-fisted suppression of protests continues.

On Saturday, on his second visit to Sudan since the coup, the UN human rights expert Adama Dieng denounced the killing of protesters and "the excessive use of force" by security forces.

On Sunday, U.S. Assistant Secretary of State for African Affairs Molly Phee arrived in Sudan to "support the Sudanese-led process to resolve the crisis".

Sudan, one of the world's poorest countries, was already reeling from a plunging economy due to decades of international isolation and mismanagement under Bashir.

But the turmoil has intensified since the coup amid international aid cuts.

Protesters from Sudan's eastern Beja people say the fragile peace deal does not represent them.    (AFP)

END_OF_DOCUMENT_TOKEN_TO_BE_REPLACED
Social media
and networks
Subscribe to our
newsletter