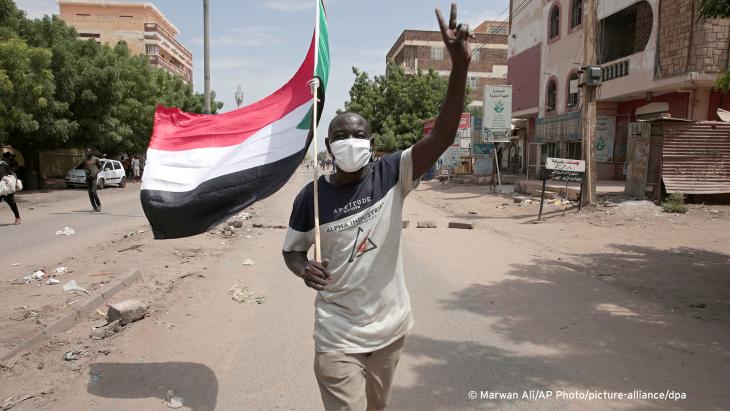 The capital has been the scene of near-weekly protests since army chief General Abdel Fattah al-Burhan launched a power grab in October last year that derailed a transition to civilian rule.

The coup saw key donors pull the plug on funding, exacerbating a long-running economic crisis and feeding into inter-communal unrest in remote parts of the country.

Blue Nile state, bordering Ethiopia, is the latest crucible of tribal clashes, and on Sunday, authorities there raised the death toll to 60, from 33 the previous day, in fighting that began nearly a week ago.

"Al-Damazin is bleeding," read a sign held up by a Khartoum protester, referring to the provincial capital of Blue Nile.

Other demonstrators in the capital chanted: "Sudan is one nation" and "No to racism, no to tribalism."

In the city of Wad Madani, some 200 kilometres (around 125 miles) south of Khartoum, protesters diverted their demonstration to the local hospital to "donate blood to our brothers wounded in tribal clashes in Blue Nile," protest organiser Ammar Mohammed said.

The clashes in Blue Nile state, between the Berti and Hawsa tribes, first erupted last Monday.

The violence came after the Berti tribe rejected a Hawsa request to create a "civil authority to supervise access to land," a prominent Hawsa member said on condition of anonymity.

But a senior member of the Bertis had said the tribe was responding to a "violation" of its lands by the Hawsas.

Dozens of Hawsas blocked the western entrance to the western city of Kassala with burning tyres and stones "in solidarity with our people in the (Blue) Nile, to stop their murder and displacement," said protester Mohammed Abkar.

The revised death toll of 60 was provided by Blue Nile health minister Jamal Nasser, who also told AFP that 163 people have been wounded.

"Violence is never a solution," UNICEF tweeted Sunday, in a country where the UN estimates half the population will be pushed into extreme hunger by September. (AFP)

More on this topic
Military coup in Sudan: Is the Arab Spring about to die in Khartoum?Sudan anti-putsch protests: "We have to keep fighting"Following the coup in Sudan: "The world is right to be worried"
Home
Print
Newsletter
MoreAll Topics

END_OF_DOCUMENT_TOKEN_TO_BE_REPLACED
Social media
and networks
Subscribe to our
newsletter