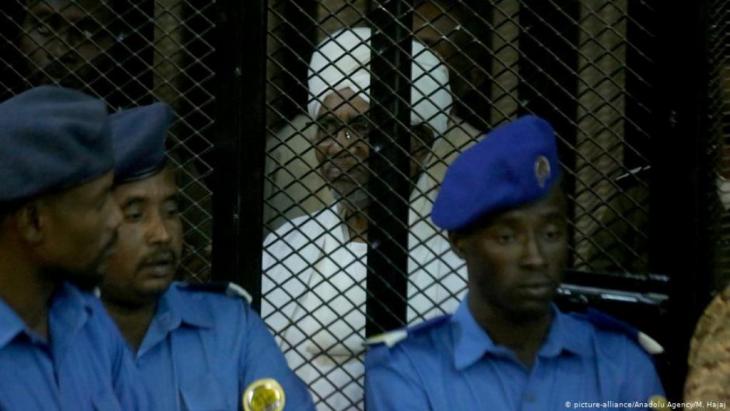 Will ousted Sudanese President Omar al-Bashir be the first Arab leader to be tried at the International Criminal Court (ICC)? Should the trial take place, it will be a lesson to many senior figures in Arab countries who are now worried about their own heads, fearing that the day will come when they too will be brought before this very court. This trial will not only bring justice for the victims of al-Bashir’s rule; it will end the years of immunity from prosecution. Immunity, from which many criminals in the region have benefitted in the past, and from which others in power today still benefit.

In a surprising decision, the Sudanese transitional government announced its intention to hand over the deposed president and all those wanted men around him to the ICC on charges of war crimes. This decision was not opposed, publicly at least, by the military leaders in the sovereign council that is overseeing the transition in Sudan.

Reactions from the Arab world

This news would simply not have been believable until very recently, not least when seen against the background of the exaggerated reactions which followed the original issue of the arrest warrant for al-Bashir back in 2009. The Sudanese government of the day described the decision as a kind of "neo-colonialism", and al-Bashir himself attacked it with mocking statements and theatrical gestures, waving his stick about and threatening the judges of the ICC. 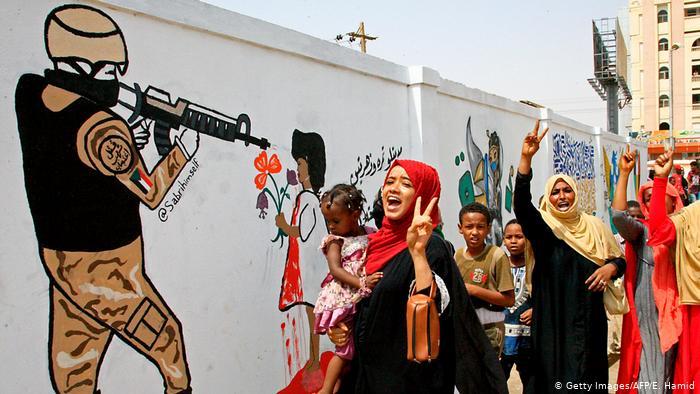 Hopes for a better future: women celebrate the power-sharing agreement reached between the military leadership and representatives of the transitional government in Khartoum. On 11 April 2019 the Sudanese army overthrew the country's dictator Omar al-Bashir after months of protests. Following his ousting, a military council initially took control, but after further months of unrest, the military council agreed with the protest movement to establish a sovereign council in which military and civilians would share power

Indeed, even at an official level across the Arab world, fierce responses were issued against the decision, which Arab foreign ministers considered political rather than legal. The Council of the Arab League criticised the ICC for its "double standards", whilst the Union of Arab Parliaments went so far as to say that the decision "dishonoured" the history of international justice.

As a result, al-Bashir remained a welcome guest in many Arab countries. On arriving in capitals across the region, al-Bashir would be given the red carpet treatment, in a provocative display towards the ICC and those suffering under his rule.

Under the iron fist of the military

Attitudes changed in the wake of the popular revolution which overthrew al-Bashir. After that, the debate inside Sudan moved from challenging the legality of the ICC’s decision to the political implications of the decision to accept the new situation amid a fragile transitional period.

Two refugees detained in Egypt are facing deportation to Eritrea. The expulsion of the Eritreans, who have been incarcerated in Cairo for more than eight years, has been halted ... END_OF_DOCUMENT_TOKEN_TO_BE_REPLACED

On the 10th anniversary of the Arab Spring we can’t quite escape that substance called remembrance. Yet, eschewing facile modes of nostalgic remembrance and/or tragic lamentation ... END_OF_DOCUMENT_TOKEN_TO_BE_REPLACED 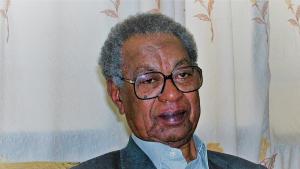 Widely acknowledged as one of the twentieth century’s great writers – think "Season of Migration to the North" – most of Tayeb Salih's work is surprisingly overlooked. The ... END_OF_DOCUMENT_TOKEN_TO_BE_REPLACED

Mass protests began in Egypt on 25 January 2011. They triggered the overthrow of long-time ruler Mubarak. Ten years later, many human rights activists and journalists are in ... END_OF_DOCUMENT_TOKEN_TO_BE_REPLACED

Mass protests began in Egypt on 25 January 2011. They triggered the overthrow of long-time ruler Mubarak. Ten years later, many human rights activists and journalists are in ... END_OF_DOCUMENT_TOKEN_TO_BE_REPLACED

Hosting major sports tournaments can confer prestige on a country, but in the case of Egypt, the 2021 Handball World Championship will do little to repair relations with either ... END_OF_DOCUMENT_TOKEN_TO_BE_REPLACED
Author:
Ali Anouzla
Date:
Mail:
Send via mail

END_OF_DOCUMENT_TOKEN_TO_BE_REPLACED
Social media
and networks
Subscribe to our
newsletter