Politicians in the Maghreb nations are re-discovering Sufi Islam and its brotherhoods as an effective means of combating religious extremism. Beat Stauffer reports 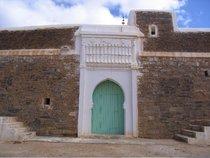 ​​Brotherhoods have played a decisive role in the history of the Maghreb. But while they were considered to be an element that would slow development following the attainment of independence in Tunisia and Algeria, and thus not regarded highly there, official policy in Morocco has always placed great importance on the brotherhoods.

The career of young Régis, who grew up in the suburbs of Paris and Strasbourg and is today considered one of the best-known French rap artists, is anything but ordinary. This "mauvais garçon" from the Banlieue, who was already dealing drugs as a young man as well as committing the occasional armed robbery, converted to Islam at age 16. Since then, he calls himself Abd El Malik.

In the years that followed, he developed his reputation as a rap musician, especially with the group NAP. While initially, the young convert adhered to the rather pietistic-oriented Tabligh movement, he later gradually turned to Sufism. In a recent interview, the now 31-year-old musician, who also holds a university degree in philosophy, explained that his encounter with the writings of Al Ghazali played a decisive role.

His increasing interest in Sufi Islam eventually led him to Morocco, where he met Sidi Hamza, the spiritual leader of the Boutchichia, the country's most important brotherhood.

Sufi Islam as an antidote to militancy?

Politicians on both sides of the Mediterranean will have surely taken a keen interest in careers like the one of rapper Abd El Malik. Could Sufi Islam as practiced by one of the traditional brotherhoods perhaps be a means of re-directing the segregated, aimless young men of the European suburbs? And could this perhaps even be a successful way of preventing frustrated young Muslims from joining radical Islamic groups?

Mohamed Darif: "Significant Zaouias have stood behind every dynasty which has ruled over Morocco in the last 12 centuries"

​​The Islamic brotherhoods of Northern Africa, long disregarded as an expression of a "popular Islam" or – as in Algeria and Tunisia – forced onto the defensive as conservative factors that would inhibit development, are now drawing increasing interest, however. One example, as mentioned above, is the Boutchichiya, one of the largest and most important brotherhoods in Morocco.

Founded in the early 20th century, this brotherhood stands for an apolitical Sufi Islam inspired by mystical traditions which steers clear of political confrontations, yet at the same time, supports the prevailing political system. According to Moroccan political scientist Mohamed Darif, the Boutchichiya is de facto the official brotherhood of the Moroccan monarchy.

Still, in practice, the country's other, lesser known brotherhoods would legitimize the Moroccan regime and would receive considerable material support in return.

In Morocco, hundreds of larger and also locally known brotherhoods exist; they can be quite different with respect to their organizational form and specific characteristics. Often, a distinction is made between "classic" brotherhoods, which are oriented toward the orders of the Indian subcontinent, and the rather "popular" brotherhoods. By contrast, Moroccan sociologist Abdelkader Mana stresses, above all, the difference between rural and urban brotherhoods.

While the former are supported by a "Maraboutic" family clan which always traces its origins back to the prophet, the urban brotherhoods are accessible to all those who have embraced the message of the brotherhood's founder. According to Mana, these two different forms are also fundamentally different with regard to their rituals: for the urban brotherhoods, music plays a central role, while in the case of the rural brotherhoods, it is above all mythology.

Brotherhoods as centers of power

It is indisputable that brotherhoods and Zaouias – in common Moroccan speech, these terms are practically interchangeable – have played an extremely important role in the history of the Maghreb.

"Significant Zaouias have stood behind every dynasty which has ruled over Morocco in the last 12 centuries," explains Darif. The goal of each of these Zaouias was to install a central government, or in some cases to challenge an existing political power. Some Zaouias themselves were in fact centers of power, possessing strong economic foundations or even their own armies.

In any case, Mohamed Darif, who has researched this topic, believes beyond any doubt that throughout Morocco's history, the brotherhoods have always played a political role as well. However, after the nation attained independence in 1956, a process took place which Darif refers to as the "nationalization of Sufism."

In addition to the "scholarly" Islam taught at large universities, the "popular" Islam of the brotherhoods was to be subjected to state control. In this fashion, King Hassan II sought to insure that even within the brotherhoods, there would be no room for dissidence of any kind.

The King's most formidable opponent

To a large extent, the Moroccan regime succeeded in its efforts to tame organizations which had over the centuries actually possessed true political power. One individual, however, refused to be domesticated: Abdessalam Yassine. Born in 1926, Yassine pursued a career in the national Ministry of Education before becoming King Hassan II's most formidable opponent. 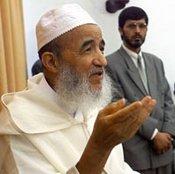 In 1981, Abdessalam Yassine founded his Islamistic oriented organization, which today calls itself "Justice and Welfare"

​​Yassine was a leading member of the Boutchichiya, but left the brotherhood in the early 1970s because of differences with its leader at the time. He subsequently founded his own, clearly Islamistic oriented organization, which today calls itself "Justice and Welfare." This organization, which is not granted a place on Morocco's political stage, is today considered to be one of the most influential groups in the entire country.

Darif is certain that, strictly speaking, "Justice and Welfare" is a "political" brotherhood that stands in strict opposition to the Moroccan royal dynasty; both the structure of the organization and the exceptional position occupied by its "spiritual leader" ("Mourchid") Abdessalam Yassine provide clear evidence, he says.

Still, haven't the traditional brotherhoods become far less influential in the past several decades? Several observers have come to this conclusion, and the weekly newspaper "Le Journal Hebdomadaire" even poses the question as to whether the "new Salafistic elites" hadn't in fact profited from the loss of political authority on the part of the heads of the Sufi brotherhoods.

Terror as an eye-opener

Darif doesn't view the situation quite as pessimistically. He believes the brotherhoods still exert a great deal of influence on the Moroccan population. Since the September 11 attacks in New York, Moroccan officials have also recognized the potential danger of Saudi Wahabism, which they had supported almost blindly for two decades. Now, officials in Rabat are once again strongly counting upon the Sufi brotherhoods to counter religious extremism in the form of aggressive Salafism. However, Mohamed Darif also admits that the success of this new strategy is anything but guaranteed.

Finally, one cannot overlook that the brotherhoods are also being far more highly regarded from the Algerian side than in the past. For example, Bouabdallah Glamallah, the Algerian Minister for Religious Affairs, remarked that the brotherhoods could contribute "to protecting youths at risk in their beliefs by strengthening the Islamic personality."

At least in this regard, the interests of the two hostile neighbor states should actually correspond.

END_OF_DOCUMENT_TOKEN_TO_BE_REPLACED
Social media
and networks
Subscribe to our
newsletter