Underestimated Identity Problems in a Society in Flux

The surprisingly clear vote in favour of banning minarets expresses an unease with various causes. The implications too will no doubt be controversial. One thing is for sure: Switzerland's politicians have underestimated immaterial concerns. Christoph Wehrli has the background 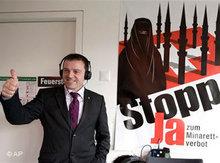 Vote against tolerance: Walter Wobmann, parliamentarian for the conservative Swiss People's Party and initiator of the anti-minaret referendum

​​ The subject of minarets mobilised 53.4 percent of the Swiss electorate – more than voted on freedom of movement last February, for example – and a clear majority of 57.5 percent said yes to banning new constructions of this type. The cantons of Vaud, Neuchâtel, Geneva und Basel-City are exceptions and the decision was relatively close in Zurich, yet these do not change the very clear overall picture.

A new kind of discussion

To start on a positive note: there were no serious incidents during the referendum campaign. Otherwise par for the course in Switzerland, in this case the routine procedure was unexpected. Individual extremists or foreign intervention might easily have heightened emotions even more. Instead, Muslim representatives refused to leave the path of dialogue, even in the face of provocations on the part of the initiators.

And the two Islamic umbrella organisations reacted judiciously to the result, proving their great familiarity with the customs of Swiss-style democracy.

Another positive factor was the broad discussion before the referendum. It may not always have been unemotional and objective, but it showed that public involvement in politics is not restricted to issues of tangible interest. The established political organisations have failed to realise this fact.

Most parties and heavyweight organisations were relatively absent from the debate. The question is less what a larger-scale counter-campaign might have achieved, than whether the unease that has now surfaced has been given sufficient political attention in the past.

It would appear that the political caste has grown all too accustomed to smothering fears of too many foreigners with economic arguments – we need foreign labour – or channelling that fear under the buzzword "asylum abuse".

The direct consequences of the referendum are limited. Existing minarets are not affected, while new ones were not expected in large numbers. The Islamic Centre in Langenthal, held up in its plan to build a minaret by a public objection, intends to go before the European Court of Human Rights if need be. 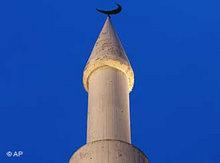 The popular support for the anti-minaret initiative has put Switzerland in the pillory among the international community, says the Bern-based expert on religion Rifa'at Lenzin. Switzerland is now in the vanguard of Islamophobia, she comments

​​ Legal experts see good chances of success for their case. Should they win, a tide of protest over "disregard for the public will" is more than likely. Following huge controversy over a previous referendum on lifetime custody for certain criminals, which is considered incompatible with human rights legislation, another unviable referendum would raise public ire. Yet it is the responsibility of the initiators to assure a referendum conforms to overriding legislation; in this case they have knowingly risked such a conflict.

The discussion on new criteria for the validity of referenda will no doubt flare up again now. It would be up to the Swiss people and the cantons to decide on major changes to the democratic decision-making process, however. The ban has no effect on mosques without minarets. Planning departments must abide by the letter of the law on this matter too; planning applications must be dealt with according to the usual rules, with no discrimination.

Integration – but in what form?

The more significant aspect is the indirect consequences of the vote and the atmosphere it has caused. Switzerland is not in a situation in which its image abroad is of no import. In some quarters, the ban on minarets may be registered with a shrug or even applauded. On the whole, however, Switzerland's reputation as a nation of liberal freedom and diversity and the credibility of its human rights policies will suffer. 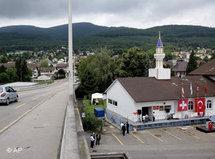 Campaign of fear and distrust: Switzerland's reputation as a nation of diversity and the credibility of its human rights policies will suffer in the wake of the referendum, writes Christoph Wehrli

​​ The social climate for Muslims has grown colder in Switzerland. Yet there seems to be some extent of political will to avoid opening up further unnecessary trenches, instead continuing the bilateral efforts towards dialogue and integration. Deriving specific consequences from the referendum, however, is not quite simple.

Even beforehand, there was no argument over the fact that the Swiss legal system was not up for debate, that forced marriages and extremists should be combated.

Efforts to grant Muslim organisations status subject to public law and thereby subject them to certain conditions are likely to prove difficult. There are very many different Muslim groupings, and such a move would be very unpopular with the type of circles with fixed mental schemes of "them and us". The same might also apply to the idea of training more imams in Switzerland (or the neighbouring states). Nevertheless, this is a sensible path that should not be abandoned in the future.

The outcome of the referendum presumably also reflects moods and views which have little to do with the Muslims themselves, opening up much scope for interpretation and deductions. Was it actually immigration on the agenda? The lack of spiritual orientation? The uncontrolled events in the global and local economy? For the time being, this is all mere conjecture.

The government and the parties would do well to trace voters' motives rather than mechanically claiming they "take their fears seriously".

One interesting phenomenon, however, is that the urban regions where society is more pluralised were less in favour of the initiative.

On the first Sunday of Advent, Switzerland made a statement against a religious minority. In the long term, Swiss politics cannot rely on occasions like this for the electorate to vent its anger.

German Architect To Build Mosque
"Muslims Should Not Try to Hide"
In order to find an architect for their mosque, a Muslim community in Germany conducted an open tender process. Now the German non-Muslim Paul Böhm was awarded the first prize for his model. Thilo Guschas interviewed the architect

END_OF_DOCUMENT_TOKEN_TO_BE_REPLACED
Social media
and networks
Subscribe to our
newsletter