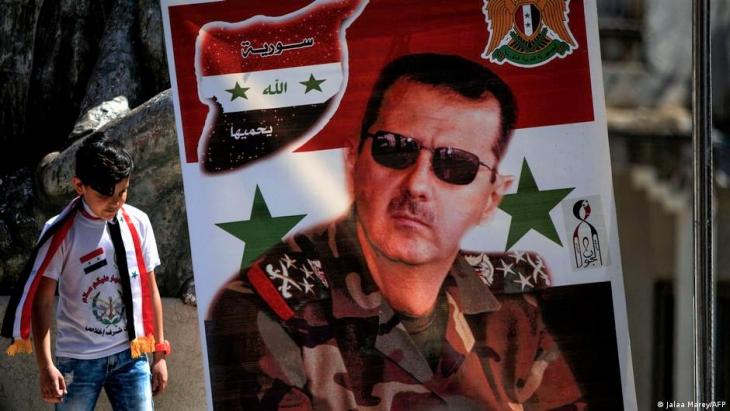 Syria's president appears to have triumphed. He remains in power, the Syrian conflict is nearly over, and efforts are underway in the Arab world to normalise relations with his regime. Yet why was Bashar al-Assad so unprepared for the uprising, and has he learned anything since? Commentary by Nael Shama

While the level of violence may have gone down after ten years of destruction, can one say that Assad has changed his method of ruling? Has Syria’s experience altered his views about the essence of politics?

To answer those questions, we must recall what happened at the beginning of the Arab uprisings. In early 2011, even after massive social mobilisation had overthrown two longstanding strongmen in the space of a few weeks, Assad stated that those events had no relevance for Syria. He told the Wall Street Journal that "Syria was stable". Referring to what had happened in Tunisia and Egypt, the president remarked that his country was "outside of this".

A few weeks later, Assad was facing an uprising of his own, revealing how out of touch with reality he had been. A decade on, it is still legitimate to ask why the Syrian dictator overlooked the harbingers of his own vulnerability. Three mechanisms explain this disconnect.

The implied loyalty of silence?

The first was that the Assad family was myopic about the fact that excessive control reduced its exposure to the true workings of Syrian society, hindering its foresight. Politics is a dynamic process that involves expression, negotiation, and conflict. By 2011, the Assad regime had imposed a tight and elaborate system of control for over four decades, with tentacles throughout society. 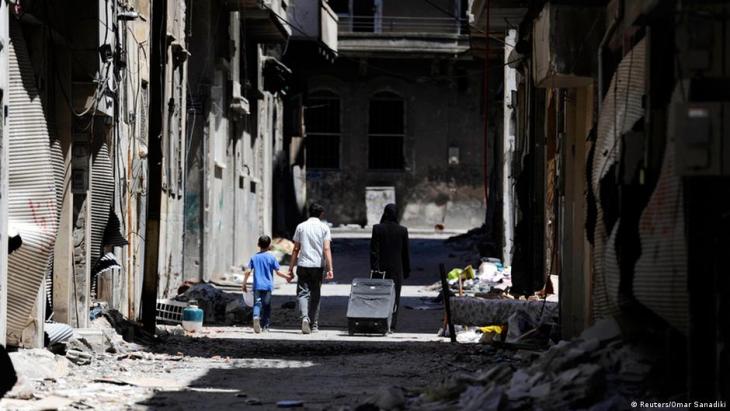 Politics withdraws from the public sphere: under the Assads, ellipses of speech, allegorical phrases, nods of desperation, exhalations of anger, or even silence, spoke volumes about what was rankling the population. Political opinion and contestation shifted from party politics, parliamentary debates, and media outlets into private conversations and subtle forms of dissent

In having tightened its grip on power structures, security agencies, political parties, and public space, the regime had placed nearly all visible aspects of politics under its stringent authority.

The problem with this is that the Assads failed to realise that by placing politics in a strait jacket, they pushed it into murkier recesses, so that political opinion and contestation shifted from party politics, parliamentary debates, and media outlets into private conversations and subtle forms of dissent. Small facts speak to large issues – "winks to epistemology or sheep raids to revolution". as the cultural anthropologist Clifford Geertz once wrote. Under the Assads, ellipses of speech, allegorical phrases, nods of desperation, exhalations of anger, or even silence, spoke volumes about what was rankling the population.

A second mechanism also explains why Assad failed to grasp the mood in his country. Not only had Syrians concealed their true preferences in response to political pressures, they also feigned many of their reactions and support for the regime. Economist Timur Kuran has called this "preference falsification". Privately, this may mean faking a smile or compliment in a social gathering. Under authoritarian regimes, however, the practice is more consequential. 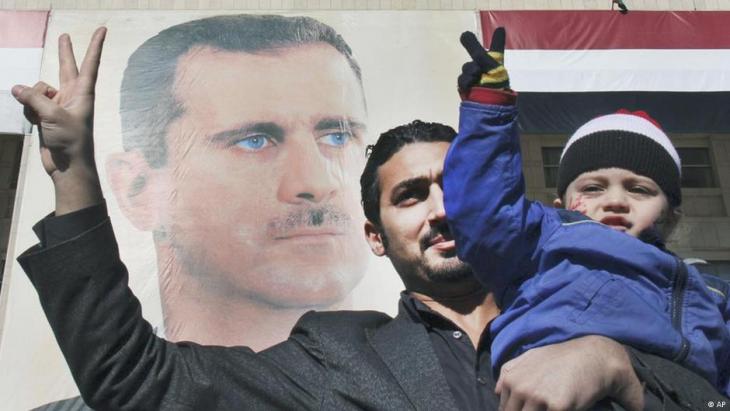 Survival skills taught from an early age: "Between 1970 and 2011, the politics of terror had been institutionalised in Syria. As a consequence, people acquired a knack for survival. They would bend with the wind, withdraw into their shells, go into mental exile, or simulate devotion," writes Shama

It is telling that for both those who supported the Assads and their critics, fear was the Syrian regime’s trademark. While critics called it a "republic of fear", the regime was fond of upholding the notion of "the prestige of the state", or haybat al-dawla, albeit blended with awe and dread. Between 1970 and 2011, the politics of terror had been institutionalised in Syria. As a consequence, people acquired a knack for survival. They would bend with the wind, withdraw into their shells, go into mental exile, or simulate devotion.

An astute poet from the early Islamic era, Abu al-Atahiya, stated it well: "If life narrows on you, silence is wider." And so a spiral of silence pervaded Syria before 2011. Yet, silence is more often a mark of patience than a sign of fidelity. Nor, because it represents a burden for individuals, does it last eternally.

Rather than reading between the lines of silence, the Assad regime had been busy constructing a personality cult around its leader and craving eternal rule: "Assad forever" or "Al-Assad ila al-abad" was a favourite slogan. However, it took no great insight to see that sycophancy had bred arrogance.

Years closeted in an ivory tower

Thirdly, time widens the disparity between reality and fantasy. The Assad regime suffered from its longevity, so that time had effectively encaged it. Often, the longer an autocrat stays in power, the greater his propensity to rely on a small coterie of confidants who share his opinions and delusions. The leader’s inner sanctum limits his exposure, so that reality becomes "like a night in which all cows are black," as the German philosopher Hegel put it.

By early 2011, the Assads, Hafez and Bashar, had spent 40 years in an ivory tower. A former advisor to Bashar observed that the president "lives in a cocoon". In fact, Bashar was probably never fully aware of the inner workings of his own state organs, particularly the unbridled security agencies. Becoming a family heirloom had turned Syria into a compartmentalised dictatorship in which personal fiefdoms had proliferated and public institutions had been emptied of all relevance.

The Syrian uprising took the dictator by surprise, stripped him of his aura, and demonstrated that politics could not be eliminated or buried forever. If the Assad regime repeats its mistakes after the uprising’s conclusion, then the dark events of the past decade will surely reappear again.

Home
Print
Newsletter
More on this topic
The decades-long rule of Syria's al-Assad dynasty: Psychogram of a Syrian dictatorAssad & Baʹath party rule: About Syria, which is no moreSyrian conflict: The war in Syria is not overWar in Syria: What you should know about the Syrian conflict
Related Topics
Arab Spring, Arabellion, Assad regime, Authoritarianism, Democracy and civil society, Free speech and censorship, History of the Near and Middle East, Human rights, Syrian Civil War, Syrian opposition, Vladimir Putin
All Topics

Recent efforts to rehabilitate Assad are setting a damaging precedent for accountability, just as the international community is expressing the need to hold Russia to account for ... END_OF_DOCUMENT_TOKEN_TO_BE_REPLACED

On 3 November 2002, Erdogan's newly founded AKP, Justice and Development Party, came to power in Turkey. It has ruled the country ever since, becoming more authoritarian with each ... END_OF_DOCUMENT_TOKEN_TO_BE_REPLACED

Lamya Kaddor, MP for Germany’s Green Party, visited Qatar with a group of parliamentarians. In interview with Claudia Mende, she advocates a differentiated picture and urges that ... END_OF_DOCUMENT_TOKEN_TO_BE_REPLACED

Daniel Barenboim is not only a world-famous pianist and conductor. He has also worked tirelessly to foster understanding and reconciliation between Palestinians and Israelis. By ... END_OF_DOCUMENT_TOKEN_TO_BE_REPLACED

After a two-year hiatus, the Arab League re-convened at the beginning of November in Algiers against a backdrop of uncertainty and discord. By Pierre Boussel END_OF_DOCUMENT_TOKEN_TO_BE_REPLACED

END_OF_DOCUMENT_TOKEN_TO_BE_REPLACED
Social media
and networks
Subscribe to our
newsletter