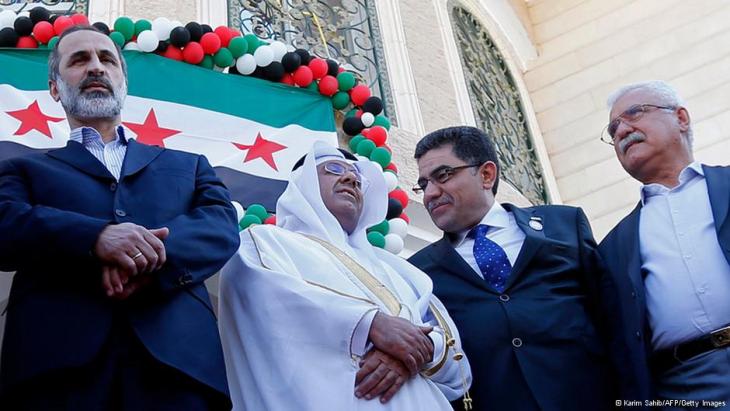 Syria after the Geneva II peace talks
In a political vacuum

Who has a solution to hand for Syria? The generally-held view is that nobody has. None of the protagonists in Syria's civil war drama holds enough sway to make any significant difference. It would appear that most of the players in this conflict ‒ in particular the neighbouring countries in the region and the world's major powers ‒ are increasingly losing control of the situation.

The spiral of bloodshed, destruction and escalating extremism continues on its downward trajectory. In all of this, it is especially painful to realise that the Syrians themselves are deeply divided and that it is the civilians who are the weakest link in the chain.

Thus far, most of the protagonists operating against each other on the Syrian battlefield have been advocating the existing polarisation. They are not concerned about Syria; it is much more important to them to vanquish their opponent, exact revenge on that opponent and indeed to destroy it completely. The same applies to media commentators who, minutes after shedding a few crocodile tears for the victims and trotting out hollow phrases, applaud these very aggressors in shrill tones.

An "Equilibrium of horror"

We Syrians are no longer in control of the situation. At present, the destiny of our nation depends upon an agreement of some sort being hammered out at international level.

But such an agreement is going to prove incredibly difficult to reach. The regional powers continue to be actively involved in the bloodshed on Syrian territory, while the world's major powers look on with indifference as events unfold in Syria and as long as they do not spill over the country's borders. It is, therefore, entirely justifiable to fear that this "equilibrium of horror", which is characterised by hesitancy, will continue to overshadow the Syrian conflict, thereby rendering any much hoped-for détente a remote prospect. 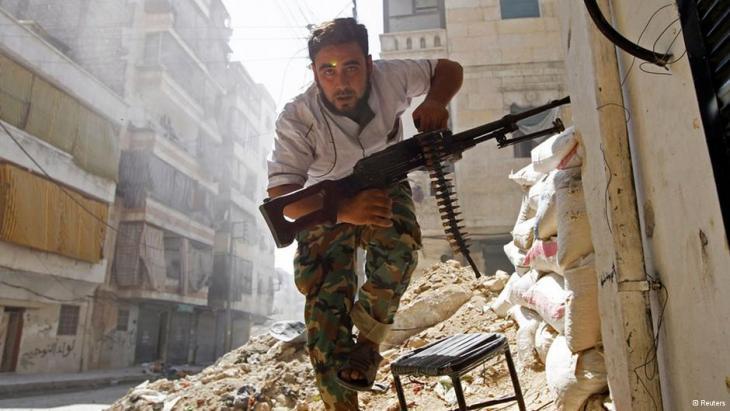 An endless downward spiral of violence and military stalemate: according to Talal al-Maihani, the players in the Syrian civil war are not truly interested in Syria or the Syrian people, they are instead intent on vanquishing and destroying their respective opponents

Regardless of whether the Geneva II conference produced any tangible results or not, there is still a need for players who would implement such results for the good of Syria.

Unfortunately, the participation of Syrian representatives at the Geneva II conference was a mere formality. They came in order to get a foot in the door and to enable themselves to score rhetorical points against their opponents. They have long settled into their roles as puppets of the two adversaries, Russia and the US.

The ruling power clique has long since gambled away its prestige. It is not seriously interested in a fundamental solution to the conflict that could be implemented without inflicting harm on the civilian population. If it were, this catastrophic situation would undoubtedly never have come to pass in the first place. As for the majority of the opposition groups that participated in the Geneva II conference, most of them lack strength of will and the requisite appreciation of just how quickly the tide can turn, both on the international stage as well as on the battleground itself.

A "genuine voice" by Syrians for Syria

In short, there is a power vacuum on Syria's political stage. This vacuum allows the international players in the Syrian conflict to delay: neither the Russians nor the Americans have any serious interest in precipitating a solution. This is not surprising, considering that they can rely on puppets that will apparently not be deterred from destroying Syria.

A vicious circle such as this can only be broken by the emergence of a new, robust and cross-party force within the country, a force that would lend a voice to the vast majority of Syrians. A truly "Syrian" voice such as this could help end the senseless rage and bloodshed and help all sides to see reason.

This is not a reference either to a "third way" in the ideological sense or to a direction that postulates some middle path between two rival power blocs. For quite some time now, the political scenario in Syria has not been conducive to such a simplifying solution. 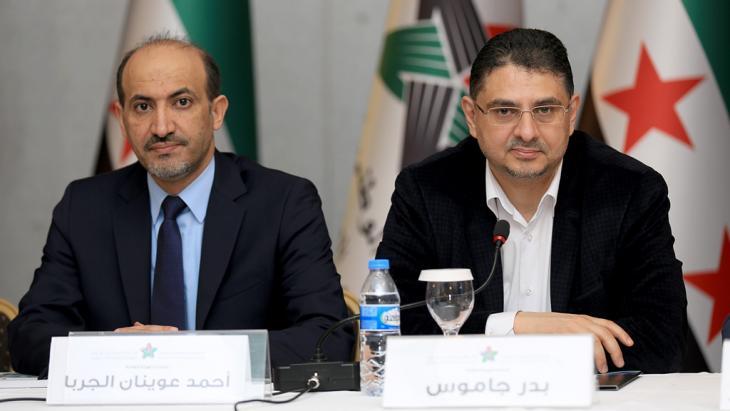 Ahmed al-Jarba (left) and Badr Jamous of the Syrian National Coalition: in the Syrian conflict, regime and opposition alike have no ideas for ending the three-year conflict. The Geneva II talks in January and February have borne little fruit, and the Syrian war is set to continue into its fourth year

This is much more about a "genuinely Syrian voice", one that would take a clear stance against the killing – without considering who is murdering whom under which banner or what individual methods are being used to perpetrate the killings. This voice would also have to take a categorical stand against the repression of human rights in Syria, and would have to show political maturity, be resolute and stand up for a responsible public discourse. Only then would it be in a position to seize the initiative and present proposals for a solution, which would undoubtedly be welcomed by international players.

The main problem with this is that there are constraints on such a voice, limitations that made for a feeble public discourse in the decades before the uprising. Moreover, since the start of the revolt, the regime has displayed nothing but arrogance and cynicism and unbridled violence.

When the conflict escalated militarily, this genuine voice no longer had sufficient power to mobilise and to counter the tide. The situation is further aggravated by the fact that a voice such as this is not only confronted with the plethora of catastrophes in the Syria conflict, and that it would not only incur the enmity of the war profiteers and militia leaders, but that it is dealing with a society that is hopelessly polarised, that is fed with dubious cultural fare in the style of the popular historical soap opera Bab al-Hara and the "traditions" portrayed in it, which have become stockpiled in the Syrian public consciousness down through the years and have assumed dramatic proportions over the course of the conflict, which is now entering its fourth year.

As long as this situation persists, the Syrian catastrophe will endure, with the vague hope that an international agreement will deliver the act of mercy. But even if such an agreement should come to pass, there are very real fears that it would not really be in the interests of the Syrian people. It would instead be a case of its implementation being left to the puppets of the regime and those of the opposition who will in the future remain willing stooges acting on behalf of regional and international powers.

Home
Print
Newsletter
More on this topic
Civil war in Syria: No peace with Assad and al-QaedaInternational policy on Syria: The rehabilitation of AssadRussia, the US and the Syrian Civil War: A Bloody Game of Chess
Related Topics
Assad regime, Syrian Civil War, Syrian opposition, U.S. policy in the Middle East
All Topics

Research project "The Global Qur'an", brainchild of Professor of Islamic Studies Johanna Pink and sponsored by the European Research Council, analyses the history and ... END_OF_DOCUMENT_TOKEN_TO_BE_REPLACED

Arab youth express their hopes and wishes for the New Year, spanning everything from civil and political rights, to education, to arts and culture. By Rafiah Al Talei END_OF_DOCUMENT_TOKEN_TO_BE_REPLACED

Moncef Marzouki was Tunisia's first democratically elected president after the fall of dictator Ben Ali. Today he is the most prominent critic of increasingly counter- ... END_OF_DOCUMENT_TOKEN_TO_BE_REPLACED

Historically Iraq's Yazidi community was isolated, under-resourced and very conservative. Seven years after the "Islamic State" tragedy, the community is more open to the world – ... END_OF_DOCUMENT_TOKEN_TO_BE_REPLACED

Asef Bayat, professor of Sociology at the University of Illinois, Urbana-Champaign, has been studying revolutions and how they affect people since 1979. In his recent book, " ... END_OF_DOCUMENT_TOKEN_TO_BE_REPLACED

END_OF_DOCUMENT_TOKEN_TO_BE_REPLACED
Social media
and networks
Subscribe to our
newsletter