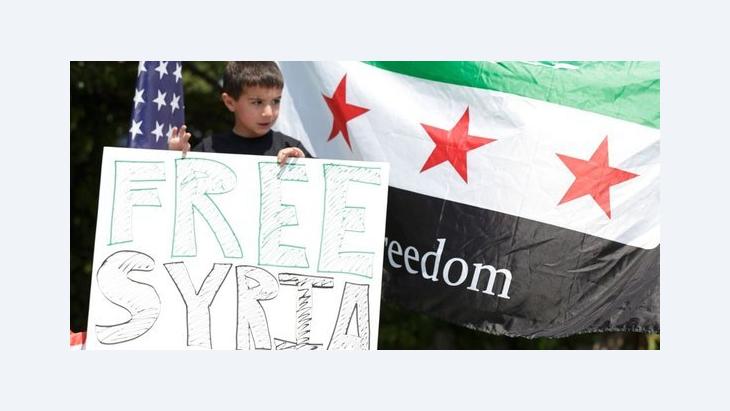 Syria after the Houla Massacre

The Long Road to a ''Yemeni Solution''

In view of the hopelessness of the Syrian conflict, several nations are now considering a "Yemeni solution": a negotiated, temporary transition of power to a representative of Assad and the exile of the president as a way of initiating genuine national dialogue. By Volker Perthes

Bashar al-Assad's regime has done nothing to implement Kofi Annan's peace plan. The heavy weaponry has not been withdrawn, the bombardment of residential areas has not been halted and prisoners have not been set free – not to mention the fact that restrictions on freedom of assembly have certainly not been lifted.

UN observers can only operate within the parameters of their mandate: they observe, but they can neither intervene nor protect. The Houla massacre will not be the last violent act unleashed by the regime in an attempt to stifle the rebellion – a campaign that is in actual fact pushing the nation further down the path to all-out civil war.

At the present time we are seeing an intensification of the activities of armed rebels, some of whom operate under the banner and some under the command of the Free Syrian Army. 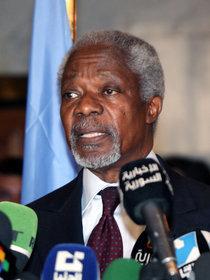 Taking stock of apparent failure: the peace plan negotiated by Kofi Annan has not quelled the violence in Syria. More than 100 people, including dozens of women and children, were killed in the most recent massacre in Houla.

​​Today, neither the United Nations, nor the Arab states, NATO or the EU have a Plan B. But every new brutal crime committed against the Syrian civilian population will intensify the calls for military intervention.

What form of intervention?

But outrage is not yet a strategic guide. Those who rightly insist that no option can be ruled out, must precisely weigh up what form of intervention is the correct one to apply in what situation. There is much to suggest that relatively limited military action – for example, a series of air strikes – would not end the civil war, but at best bring parity to it.

Those considering a larger-scale campaign to topple the regime – such as a Libya-style air campaign over a period of several months, or a NATO-backed invasion – must be aware of the fact that in implementing such a plan, they also assume responsibility for the country. To simply hope that the United Nations will somehow take care of civic peace, reconciliation and political reconstruction afterwards would be irresponsible.

This is exactly why neither the US nor Syria's neighbours are keen to be drawn into a military conflict in Syria. It is at least of equal importance that the necessary regional and international legitimacy for such action is lacking, a legitimacy that would have to be expressed by way of a clear resolution by the Arab League and UN Security council mandate. Neither of these will be issued unless all diplomatic possibilities have been exhausted. 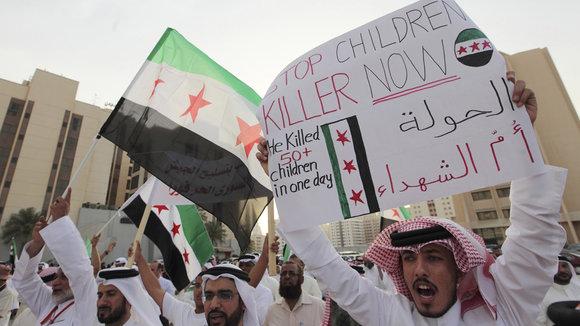 Rage and indignation at the atrocities committed against Syrian civilians: angry Bahrainis demonstrate at UN offices in Manama, calling for an end to Assad's violent rule. The UN says more than 10,000 people have been killed in Syria since March 2011. The opposition puts the figure at 14,000.

​​This is why several nations are now considering a "Yemeni solution" for Syria: a negotiated, temporary transition of power to a representative of Assad and the exile of the president and his entourage as a way of initiating genuine national dialogue on the political future of the country negotiated by the UN and Arab League.

A solution of this nature does have its flaws, as it would allow Assad to leave office with impunity. It could, however, end the civil war. It can only work if senior figures in the regime recognise the hopelessness of the situation and see that Syria has reached what Kofi Annan referred to as a crucial tipping point where either the killing stops and a political process begins, or where nothing but isolation, chaos and eventually foreign military intervention are likely outcomes.

For this reason, it is not wrong to pile on the pressure by threatening a military scenario. This strategy can help to convince Assad and his followers that their time is up. Even more important would be a strict general economic embargo and the political isolation of the regime.

Not that all channels of communication should be severed: it is sometimes forgotten that the actual solution in Yemen was negotiated with senior figures in the country's regime. This means that Kofi Annan, Russian representatives or envoys of other states that are still welcome in Damascus will have to continue their dialogue with Assad and his cronies. 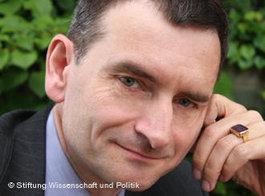 "Neither the United Nations, nor the Arab states, NATO or the EU have a Plan B. But every new brutal crime committed against the Syrian civilian population will intensify the calls for military intervention," writes Volker Perthes

​​In this respect, Russia plays a decisive role, and not just because of its Security Council veto. Until such time as Assad is told by Moscow that the game is up and that only a negotiated exit will guarantee him and his supporters' safety, he is unlikely to feel genuinely isolated and might even continue to believe that he can win.

The regime's days are numbered

Moscow too now expects the demise of the Assad regime and at the same time fears a strategic loss. German diplomats would do well to convince the Russian leadership that its interests would be better protected in the long term if it contributed to the process of transition in Syria, rather than clinging on to Assad.

But of course this is not just about the interests of Assad's international supporters. We must not forget that perhaps 20 percent of the Syrian population is truly loyal to the regime, and that an even larger proportion is hugely afraid of the alternatives and the chaos that will follow any ousting of Assad.

The only way to ensure that a post-regime civil war will not be longer and bloodier than the one that came before, clear assurances must be given that minorities and other groups currently propping up the president will also have a future in post-Assad Syria.

Volker Perthes is a Middle East analyst and director of the German Institute for International and Security Affairs in Berlin.

Home
Print
Newsletter
More on this topic
Political Perspectives after the Massacre in Syria:Time for Plan BThe Opposition Movement in Syria: Building a Credible and Attractive AlternativeThe Free Syrian Army: ''Don't Drag our Revolution through the Mud!''
Related Topics
All Topics
Date:
Mail:
Send via mail

END_OF_DOCUMENT_TOKEN_TO_BE_REPLACED
Social media
and networks
Subscribe to our
newsletter