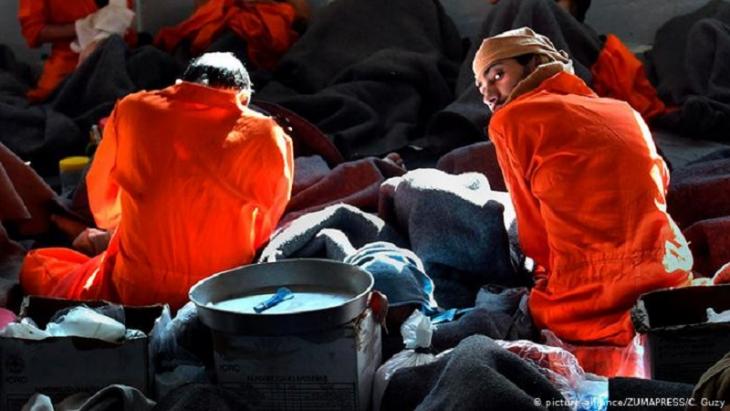 From advisories against travel to calls for a new jihad, Islamic State sees the COVID-19 pandemic as an opportunity to exploit. The militants, however, are no more immune to the virus than anyone else. By Lewis Sanders IV & Tom Allinson

As public health authorities across the globe struggle to manage a devastating pandemic, the mayhem caused by the novel coronavirus has increasingly figured in the strategy of Islamic State (IS). In their regular newsletter circulated last week, IS described the pandemic as a divinely wrought "painful torment" against "crusader nations", a term referring to Western countries engaged in a military campaign to uproot the group.

It went on to describe the outbreak's fear factor as having a greater effect than the epidemic itself, saying it has placed the Western world "on the verge of a great economic catastrophe" by restricting mobility, roiling markets and disrupting public life. "We ask God to increase their torment and save the believers from all that," the group said, according to British researcher Aymenn Jawad Al-Tamimi.

The outbreak could be seen as reinforcing the militants' theology. It is also affecting international efforts to contain IS after the group's military defeat last year. 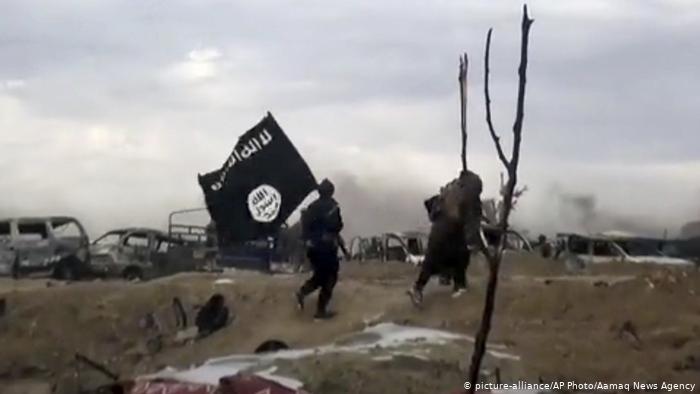 "Inevitably the coronavirus pandemic will shift attention and resources away from the fight against the 'Islamic State'," said Colin P. Clarke, Soufan Center senior research fellow. "If the virus begins to spread throughout jails and detention centres, then the authorities tasked with managing those places, including the Kurds, will also be distracted and hampered in their mission"

NATO and its allies distracted

In Iraq, NATO announced earlier this month it would suspend training for 60 days due to the pandemic. As a result, British Defence Secretary Ben Wallace said he would scale back the UK's troop deployment since "the tempo of training has significantly declined".

In addition to the moratorium on training activities, coalition members in Iraq and Syria are having to take precautions to prevent an outbreak among troops. Although U.S. officials suggested the measures wouldn't have an impact on operational continuity, the outbreak is undermining efforts to shore up local capacity to deal with IS.

"Inevitably the coronavirus pandemic will shift attention and resources away from the fight against the 'Islamic State'," said Colin P. Clarke, a senior research fellow at the Soufan Center. "The overall focus and attention required to continue fighting against the group will be understandably distracted."

"But [IS] fighters will be vulnerable as well. The militants themselves are clearly not immune from the virus, and if they are relying on faulty medical or health information, which is possible, then they could easily lose fighters to the virus too."

Indeed, the militant group in mid-March issued an initial advisory concerning the pandemic, calling on its fighters to avoid travelling to Europe and other affected areas. Instead, the IS suggested that they would receive divine protection from illness if they engaged in jihad.

One way to perform such spiritual struggle, the advisory argued, would be to break out fellow militants, their wives and children from prisons in the region. Already in October, more than 750 people with suspected links to IS broke out of Ain Issa camp in northeast Syria, a feat they accomplished by rioting while Kurdish forces were distracted by a Turkish offensive.

"If the virus begins to spread throughout jails and detention centres, which could already be happening, then the authorities tasked with managing those places, including the Kurds, will also be distracted and hampered in their mission," said Clarke, author of the book After the Caliphate.

That type of distraction was precisely what IS was referring to when it urged its members to use the opportunity to work toward freeing fellow militants and their family members in prisons where they "are threatened by disease in addition to subjugation."

In Iraq, some 20,000 suspected IS militants are held in jails across the country. Freeing any number of them would serve to reinforce their operational capabilities and threaten to undo years of coordinated efforts to contain the militant group.

"IS sees the pandemic as an opportunity to exploit," said British researcher al-Tamimi, "with all the chaos that ensues from it."

Any reconciliation between Turkey and Syria’s Assad regime would have disastrous consequences for many Syrians, explains Syria expert Kristin Helberg END_OF_DOCUMENT_TOKEN_TO_BE_REPLACED

Iraq bears the scars of decades of conflict and has seen its antiquities plundered, yet the House of Manuscripts' collection has managed to survive END_OF_DOCUMENT_TOKEN_TO_BE_REPLACED

As Syrian camps housing families of Islamic State fighters get more dangerous, there are calls to bring children out, even if the mothers don't want to go. The idea of separating ... END_OF_DOCUMENT_TOKEN_TO_BE_REPLACED

Morocco has taken the 2022 World Cup by storm, with the northwest Africans reaching the semi-finals for the first time in their soccer history. As the knockout match approaches, ... END_OF_DOCUMENT_TOKEN_TO_BE_REPLACED

The Islamic Republic has been unable to quell the civil unrest that erupted three months ago, after Mahsa Amini died after being detained for violating hijab rules. Now the ... END_OF_DOCUMENT_TOKEN_TO_BE_REPLACED

The Kurds are under attack from two sides: from Turkey, and from Iran. The situation in their territories in northern Iraq is becoming increasingly desperate. Birgit Svensson ... END_OF_DOCUMENT_TOKEN_TO_BE_REPLACED
Author:
Lewis Sanders IV & Tom Allinson
Date:
Mail:
Send via mail

END_OF_DOCUMENT_TOKEN_TO_BE_REPLACED
Social media
and networks
Subscribe to our
newsletter