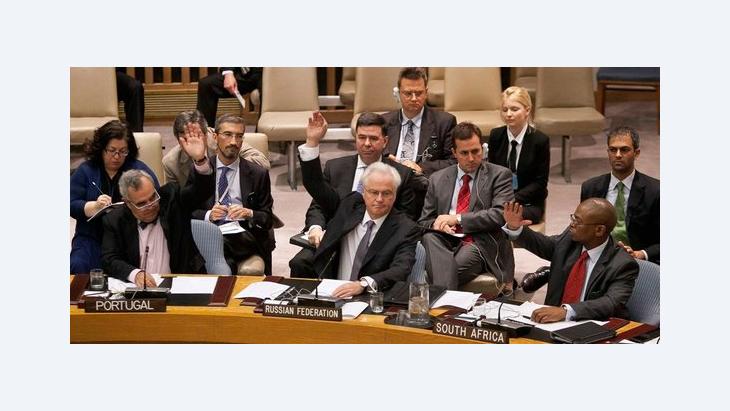 Syria and ''The Responsibility to Protect''
Weighing the Arguments

﻿The international community has accepted, in principle, the responsibility to protect people from suffering at the hands of their own governments. The decision to intervene in a conflict, however, cannot be taken by simply assessing facts. Counter-factual considerations matter very much. By Henning Melber

﻿In past weeks, the world watched the Syrian regime murdering its own people. Shortly before she was killed in Homs in late February, the Sunday Times reporter Marie Colvin, stated: "No one here can understand how the international community can let this happen."

Today, foreign governments have, at least in principle, a mandate to intervene in cases like this. In 2001, the International Commission on Intervention and State Sovereignty (ICISS) introduced the principle of Responsibility to Protect (R2P). The UN World Summit accepted it in 2005, and the General Assembly endorsed it in 2009.

R2P was a response to the traumas of Rwanda, Bosnia, Somalia and other places. It was probably the most important UN innovation in recent years, shifting the emphasis from non-interference to non-indifference. Sovereignty is no longer a license to kill. Gareth Evans, who co-chaired the ICISS, stresses that R2P is based on "the impossibility of ignoring the cries of pain and distress of our fellow human beings".

The risk of selectivity and double standards

The challenge, however, is to determine what kind of interference is justified – and when. Doubts often concern the intentions of those who wish to intervene. The worry expressed most by UN members in the General Assembly in 2009 was the risk of selectivity and double standards. It would be wrong, however, to decide that the international community must not act anywhere because it cannot act everywhere. 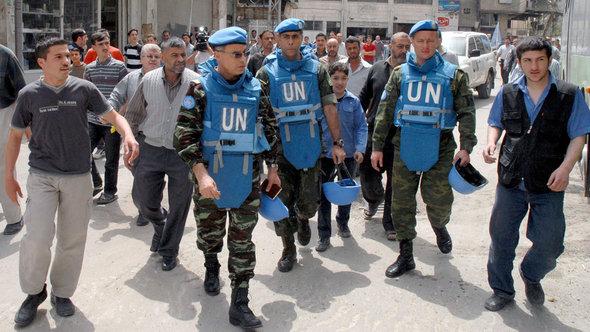 "It would be wrong to decide that the international community must not act anywhere because it cannot act everywhere." Pictured: The UN supervision and monitoring mission in Damascus, Syria

​​China and Russia accuse NATO of having abused Security Council Resolution 1973, which was meant to protect civilians, for imposing regime change on Libya. Oil interests are obvious, and the ongoing violence in Libya is disturbing.

It is equally obvious, however, that R2P would have become a meaningless principle, had the international community simply stood by as Muammar Gaddafi's troops fulfilled his pledges of murdering opponents in Benghazi. In retrospect, we must study in detail how some of the bloodshed that followed could have been prevented.

The case of Libya exposes a fundamental moral dilemma. It is impossible to determine in terms of plain facts the legitimacy of either military engagement or staying aloof. One must consider counter-factual "what if" and "what if not" scenarios. We must prevent harm, but also pay attention not to cause more harm than we prevent. Military action may be called for to save human lives, but one might also argue for the highest degree of restraint and negotiation. Both can fail; both can succeed.

Military intervention is the last option

China and Russia vetoed a Security Council resolution on Syria in February. Did their reading of what happened in Libya make it acceptable to watch the Assad regime kill its own people? Does it still? There are reasons why the international community is reluctant to get involved in Syria, including doubts whether a stable and peaceful order will emerge any time soon, and worries that violence may spread beyond the country. 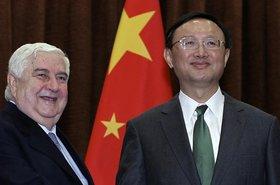 Referring to the principle of sovereignity: China and Syria have closed ranks

​​As the Libyan experience shows, moreover, taking sides in a civil war is problematic. The results of revolutionary transitions tend to be not only unpredictable, but often undesired by the revolutionaries themselves.

The language of the declaration the Security Council unanimously passed is not very strong, calling on all parties to stop the violence, and only vaguely announcing "further steps" should Syria not start a political process. This is not enough, but it is a step in the right direction. Military intervention is only the last option.

Other meaningful responses to violence include sanctions and selective boycotts, naming and shaming and even incentives for better behaviour – if necessary at the expense of justice. In any case, collective action is required of the international community.

R2P must be handled in a responsible, collective manner. Military intervention is only the ultimate step. A nation's sovereignty, however, is no longer an excuse to stay idle when its government violates fundamental rights.

Henning Melber is the executive director of the Dag Hammarskjöld Foundation in Uppsala and a research associate with the Department of Political Sciences/University of Pretoria.

Millions in Idlib depend on aid coming through a northern border crossing. On 10 July, the UN Security Council votes whether to keep it open. The decision may hinge not only on ... END_OF_DOCUMENT_TOKEN_TO_BE_REPLACED

For a century, the Kurds and other minorities in Turkey have been subject to state repression. With his dissertation "The Kurdish Question in Turkey", political analyst Ismail ... END_OF_DOCUMENT_TOKEN_TO_BE_REPLACED

Syria, Egypt, Saudi Arabia and the UAE are among those countries increasingly misusing cybercrime legislation to silence dissent and curb freedom of speech. Could a new global ... END_OF_DOCUMENT_TOKEN_TO_BE_REPLACED

A new exhibition, "Syria – Against Forgetting", at Cologne’s Rautenstrauch-Joest-Museum focuses on Syria's artistic and cultural heritage and pays tribute to the country before ... END_OF_DOCUMENT_TOKEN_TO_BE_REPLACED

This year’s Morgenland Festival opened with the premiere of Kinan Azmeh’s musical theatre piece, “Songs for Days to Come”, based on fifteen poems by contemporary Syrian poets. ... END_OF_DOCUMENT_TOKEN_TO_BE_REPLACED

Longlisted for the 2020 International Prize for Arabic Fiction and now available in German translation, Khaled Khalifa’s novel “No One Prayed Over Their Graves” details lives and ... END_OF_DOCUMENT_TOKEN_TO_BE_REPLACED
Author:
Henning Melber
Date:
Mail:
Send via mail

END_OF_DOCUMENT_TOKEN_TO_BE_REPLACED
Social media
and networks
Subscribe to our
newsletter