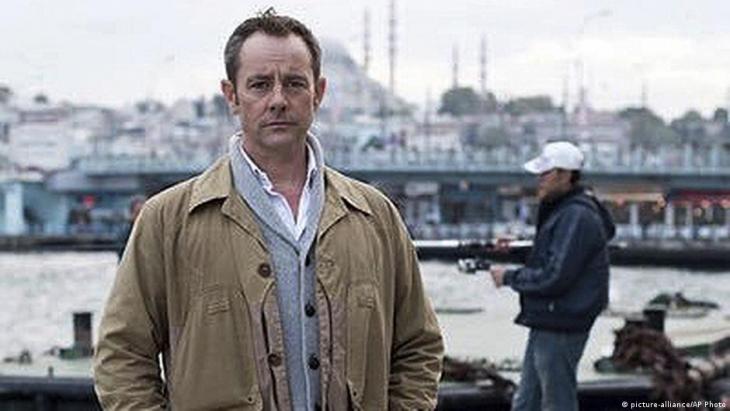 Syria
Deadly intrigue: The destruction of The White Helmets

James Le Mesurier founded the organisation that raised money for the White Helmets in the Syrian war. An intrigue drove the emergency foundation to ruin – and Le Mesurier to his death.

The logistics experts from "Mayday Rescue" were unable to stop the advance of the troops that overran two southern Syrian provinces in summer 2018.

But by way of an astounding operation, they were at least able to save a couple hundred of those people who stood even higher on the attackers’ priority list than the opposing fighters: the emergency first responders and rescue workers from the White Helmets – the aid organisation that had become legendary around the world for saving people in rebel-held areas of Syria from bombed out homes and providing medical care to the wounded.

Very different Western reactions to the suffering in Ukraine and the Arab world show that there is a profound rift among cultures. Essay by Michael Young END_OF_DOCUMENT_TOKEN_TO_BE_REPLACED

Many Turks are dissatisfied with the international status of their country. At the same time, opinion polls reveal great scepticism among the Turkish population towards the USA. ... END_OF_DOCUMENT_TOKEN_TO_BE_REPLACED

Russia's ranking on the World Press Freedom Index has fallen again over the Kremlin's wartime censorship of the Ukraine conflict. From Myanmar to Mexico, journalists continue to ... END_OF_DOCUMENT_TOKEN_TO_BE_REPLACED

From the Euphrates to the Mekong, dams that ensure one country's water supply risk leaving others parched. But shared water resources can be a source of peace as well as conflict ... END_OF_DOCUMENT_TOKEN_TO_BE_REPLACED
Date:
Mail:
Send via mail

END_OF_DOCUMENT_TOKEN_TO_BE_REPLACED
Social media
and networks
Subscribe to our
newsletter