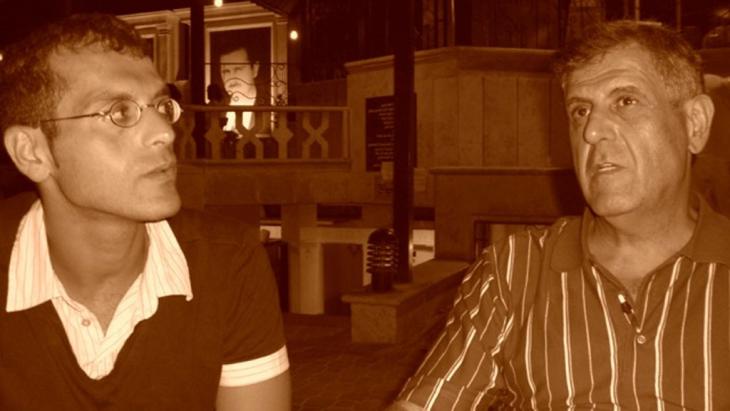 Syria: human rights violations and torture
The toll of the missing

Since war broke out, the Assad regime has caused hundreds of thousands of people to disappear. Such abductions are a useful means of intimidating the opposition. A German of Syrian origin is searching for his missing father. By Hasan Hussain

It was a trip back home that prompted catastrophe. When Mohammad Ghouzi left his hometown of Aleppo for Germany after completing his medical degree, he had yet to realise that he had laid the foundations for a new life. He began by working as a surgeon in various German hospitals. Then he set up a clinic in Wuppertal so that he could bring his six children to Germany, in the hope that they might get their education there.

That wish came true: three of his children studied medicine, one became a lawyer, another is now a senior manager with a German bank. And his youngest son went into research.

In the 1990s, during the civil war in the former Yugoslavia, Mohammed Ghouzi went to Bosnia to provide medical aid for war victims. He was a passionate doctor and had also worked in the United Arab Emirates and Saudi Arabia, says his son Shahid.

Like every migrant, Ghouzi felt a longing for his old home. And so he decided to return to Syria to see childhood friends, family and relatives. He had re-married in the meantime, making it easier to build his career. He founded a new clinic in Aleppo.

In 2012 Ghouzi made another trip to Germany. His daughter was getting married and he wanted to attend the wedding. On his return to Aleppo that June, he was arrested by the Syrian security services and imprisoned, no reasons given.

That was how Mohammed Ghouzi joined the ranks of the huge army of inmates in the regime′s prisons – estimates by Syrian and international human rights organisations place their number at over 100,000 individuals. The well-known Syrian lawyer Michel Shamas, however, believes the figure to be much higher. 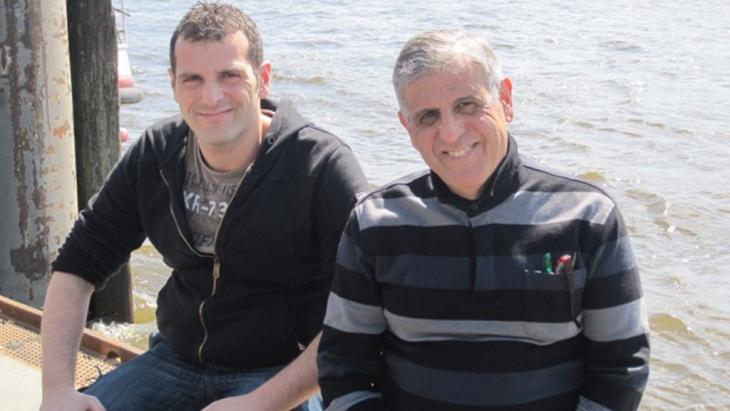 Ill-fated return to Syria: In June 2012 Dr Mohammed Ghouzi (right) travelled to Aleppo, where he was arrested by the Syrian security services and imprisoned with no reasons given. According to Amnesty International, the "enforced disappearances are part of a coldly calculated, widespread attack against the civilian population, part of a carefully orchestrated campaign designed to spread terror and quash the slightest sign of dissent across the country"

Shamas distinguishes between three groups of disappeared and imprisoned people. The worst fate is that of those incarcerated in the regime′s prisons, he says. Assad′s government is trying to play down the dimensions, according to Shamas, claiming it is holding some 50,000 prisoners.

Another group is those in the hands of the armed opposition. Some of these groups have also performed severe human rights violations, says Shamas, who assumes they are holding around 2000 people. Their fate, too, is unknown.

A third group consists of people who have disappeared during the armed conflicts, abducted at roadblocks for instance. No one knows where these individuals are now.

Torture and mass murder in the prisons

The human rights organisation Human Rights Watch (HRW) documents the treatment of those who have disappeared, using photos it receives of maltreated prisoners. For HRW, they are clear evidence that the regime prisons practice torture – a crime against humanity. The organisation also speaks of mass murder and mass torture in Syrian prisons.

"The government′s enforced disappearances are part of a coldly calculated, widespread attack against the civilian population. These are crimes against humanity, part of a carefully orchestrated campaign designed to spread terror and quash the slightest sign of dissent across the country," according to Philip Luther, director of rights group Amnesty′s Middle East and North Africa programme.

The Assad regime is not only abducting people. A number of its members are also attempting to exploit relatives′ suffering. The extortionists offer to provide them with alleged information on missing people′s whereabouts in exchange for significant sums of money. All of these offers have so far proved to be fraudulent tricks. Criminals and members of the regime are "trading in human emotions", the lawyer Michel Shamas says of the practice.

In the meantime, Amnesty International reports, a veritable network of persons has formed who abuse their links to the authorities, selling relatives of missing individuals information on their whereabouts or deaths, for hundreds, if not thousands of US dollars.

"One man whose three brothers were abducted in 2012 told Amnesty International he had borrowed more than 150,000 US dollars in failed attempts to find out where they are. He is now in Turkey working to pay back his debts," Amnesty writes. 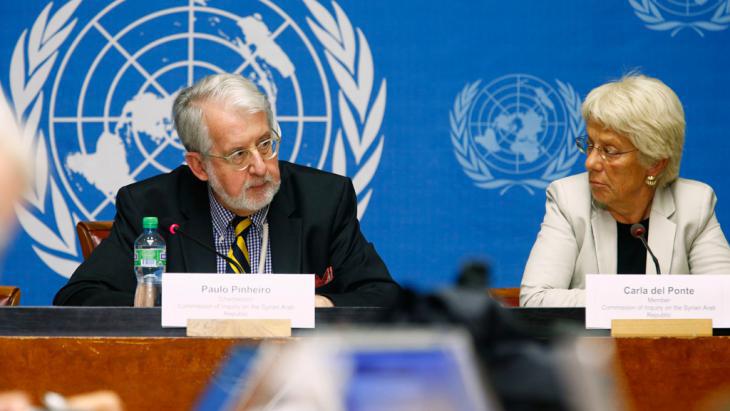 In a recent report, UN investigators accused the Syrian government of killing countless prisoners in the country′s prisons. Since the beginning of the conflict almost five years ago, there have been "deaths on a massive scale" in prisons, the UN Commission of Inquiry for Syria stated in early February. According to their findings, men, women and even children in the Syrian authorities′ prisons are being executed, tortured to death or held under such wretched conditions that they die in custody

He too has received a similar offer, says Ammar Ghouzi. A person close to the regime offered him information about his father′s whereabouts. "I was to pay 50,000 dollars in return. 20,000 in advance and the rest after obtaining the information." On the advice of relatives and experts, he turned the offer down, however. They all warned him against taking it, he says, because every single offer had proven dubious.

Most of those making such offers are from Syrian secret service and security circles, says Shamas, who has represented many political prisoners in Syria. The only purpose of their alleged information, he says, is to defraud relatives of missing persons.

He has handed his documentation of the "missing" to the UN′s special envoy for Syria, Staffan de Mistura, Shamas explains. His predecessors Kofi Annan and Lakhdar Brahimi had also been given the documents. All three of them, says Shamas, expressed horror at the extent of the crimes; yet nothing has happened to date.

Ammar Ghouzi has appealed to the German Foreign Office for support. ″I told them that my father is a German national,″ which means the ministry is obliged to make appropriate inquiries. The German authorities have said they will look into the case. But again, nothing has happened so far.

Ammar Ghouzi has now taken it upon himself to search for his father. He has not given up hope of finding him alive.

Any reconciliation between Turkey and Syria’s Assad regime would have disastrous consequences for many Syrians, explains Syria expert Kristin Helberg END_OF_DOCUMENT_TOKEN_TO_BE_REPLACED

There are signs of an imminent normalisation of relations between Turkey and Syria. This would allow Erdogan to score political points domestically before the upcoming elections ... END_OF_DOCUMENT_TOKEN_TO_BE_REPLACED

As Syrian camps housing families of Islamic State fighters get more dangerous, there are calls to bring children out, even if the mothers don't want to go. The idea of separating ... END_OF_DOCUMENT_TOKEN_TO_BE_REPLACED

Where are the measures to deal with the looming challenges facing the Arab world? In this commentary, Marwan Muasher warns that the region is in grave danger of falling behind ... END_OF_DOCUMENT_TOKEN_TO_BE_REPLACED

At the end of every year, the team at Qantara.de gives you a run-down of the ten most-read articles on the site over the past 12 months. Here is a quick overview of the stories ... END_OF_DOCUMENT_TOKEN_TO_BE_REPLACED

Social engagement is often motivated by religious factors. A new book explores the background to these community efforts and appraises how effective they are in helping to ... END_OF_DOCUMENT_TOKEN_TO_BE_REPLACED
Author:
Hasan Hussain
Date:
Mail:
Send via mail

END_OF_DOCUMENT_TOKEN_TO_BE_REPLACED
Social media
and networks
Subscribe to our
newsletter