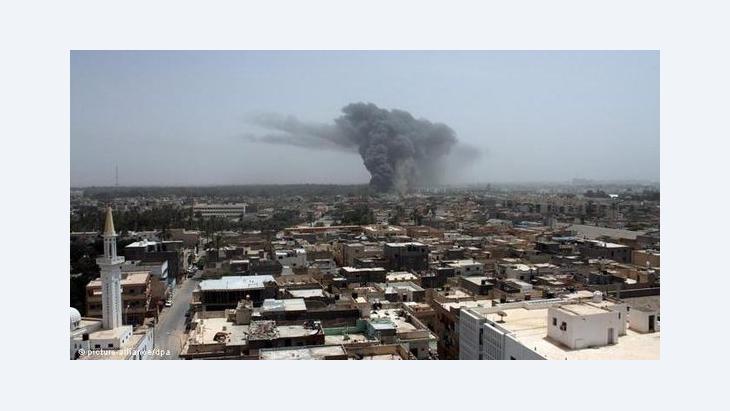 Syria, Libya and the ''Responsibility to Protect''
Don't Look Away

﻿Because of violent conflicts in Libya and Syria, international law lawyers, experts in peace and conflict studies, and politicians are once again discussing the concept of Responsibility to Protect (R2P). The big question is what kind of military intervention or other response is appropriate at what point. By Peter Hauff

R2P is based on the multilateral consensus that every state must protect its people from genocide, war crimes, ethnic cleansing and crimes against humanity. When a government does not live up to this duty, the international community may intervene, using armed force if necessary. The UN General Assembly adopted this principle in 2005. It is up to the Security Council to decide exactly what measures are to be taken to enforce peace.

The historical backdrop to R2P was peacekeeping failure in Rwanda and Bosnia, where UN troops watched people being slaughtered before their very eyes. The troops' mandate did not include the protection of civilians. In spite of the UN agreement of 2005, experts are still debating when exactly R2P applies and what kind of intervention should follow. To date, there have been many verbal warnings, but decisive action remains rare.

In March 2011, however, the Security Council set a precedent by passing Resolution 1973. It allowed the USA, Canada, Britain and France to use their air forces and navies to protect the citizens of Libya. Accordingly, western military prevented Libyan war planes from taking off. In the end, they helped the insurgents prevail.

The resolution was a mistake, argue some people who took part in an international conference on R2P at the Evangelische Akademie Loccum, a centre belonging to the Lutheran Church of Hannover that promotes discussion and dialogue on important issues of our time, in early June. 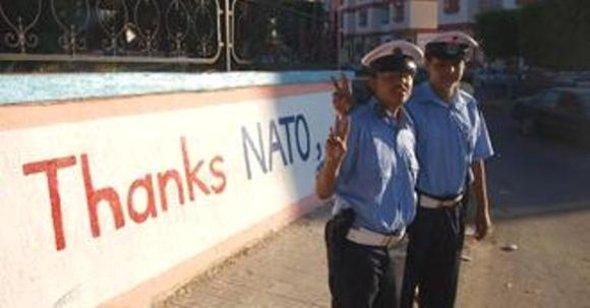 Where does the responsibility to protect begin and which measures are justified? The NATO intervention in Libya remains controversial to this day, not least because of the outcome: despite recent elections, the situation in the country remains precarious

In the eyes of Lawrence C. Moss, an official from Human Rights Watch, the results of the Libya campaign are mixed. He points out that former mercenaries of Muammar al-Gaddafi, the ousted Libyan dictator, are now wreaking havoc in neighbouring countries like Mali and Niger, and that no sovereign nation has taken control of the former regime's arms stocks. Moss also says that government crimes must be prosecuted with more determination. Far too often, he argues, culprits are never tried because, for example, claims of police brutality are not investigated.

International criminal prosecution is difficult. Consider the case of Laurent Gbagbo, for instance. He lost the presidential elections in Côte d'Ivoire, but tried to stay in office nonetheless. He is now being tried by the International Criminal Court (ICC) in The Hague. His supporters, however, consider his case an example of "might making right", because Alassane Ouattara, who won the elections and is now in power, is not on trial even though his followers are known to have committed atrocities too. In the meantime, however, the Gbagbo case may be unravelling. According to French media, he may soon be out on bail.

Libya and the ICC have for months been debating who should try Gaddafi's son Saif al-Islam. The transitional government in Tripoli wants the matter to be dealt with in Libya. At the moment, Saif is in the power of local clans that refuse to hand him over to the national government or the ICC. Their leaders say that they do not want him to share the fate of his father, who was lynched when apprehended. Moreover, they feel they have some leverage over their unelected government as long as they have Saif in their power.

Islamic law does not necessarily agree with western ideas of democracy, says Yves Boyer of the Paris-based Fondation pour la Recherche Stratégique (FRS). China's vote in the Security Council, he adds, tends to depend on economic interests rather than human rights concerns.

​​﻿Boyer predicts that there will not be another R2P intervention on the scale of the Libya campaign because the principle is not universally accepted and because Europe's military capacities are limited. He is in favour of considering national interests. Says Boyer: "We should intervene if doing so serves Europe's interest, but not because the US government wants Europe to act." Boyer insists Europe should pursue a foreign policy in line with the EU's Lisbon treaty.

In any case, Boyer says, those who intervene in a foreign country must take into account the local people. He also points out that the example of Afghanistan proves the need to devise an exit strategy at the very beginning of an intervention.

Military strikes are not enough

In principle, R2P is not only about using military force. Prevention and reconstruction are crucial too. However, fast action is sometimes called for. The international community did not expect anything like the Arab spring last year, nor that various governments would respond to people's demands for democracy with violent repression. And whenever the veto powers in the Security Council (USA, France, Britain, Russia and China) disagree, the international community will continue to stand by and not take action while brutal regimes murder their citizens, as is currently the case in Syria.

The government of Brazil recently proposed to add a Responsibility While Protecting to R2P. Basically, the idea is that the Security Council should only allow military force within very strict limits – only for a short time, for example – and should monitor implementation stringently. Such an approach could have prevented the kind of mission creep that saw NATO troops ultimately giving direct support to Libyan insurgents at the end of the intervention. 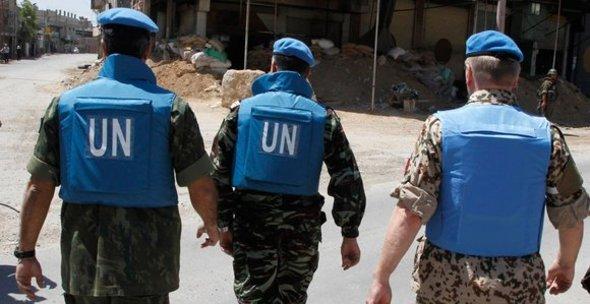 Unity and decisiveness are imperative: in the case of Syria, the UN Security Council has been discussing the feasibility of an intervention in Syria for quite some time; the observer mission that has been on the ground for several months now has made no real progress

In international debate on R2P, experts emphasize that the use of force should consider five criteria of legitimacy: just cause, right intention, last resort, proportional means and reasonable prospects. "Such debate has made incredible progress," says Christian Schwarz-Schilling, an 81-year-old former Christian Democrat politician and former German Federal Minister for Post and Telecommunications. In 2006 and 2007, he served as the High Representative for Bosnia and Herzegovina, monitoring the impact of the Dayton agreement.

In retrospect, Schwarz-Schilling says that the Dayton agreement was not up to task. One reason, he says, was that war criminals were involved in the negotiations. "Politicians sitting at their desks or in parliaments are unable to imagine what kind of situations can materialize on the ground," he says. Treaties in themselves do not lead to peace, he warns, and policymakers tend to underestimate how much time constitutional or security-sector reforms take.

Natalia Ablova of the Bishkek-based Bureau for Human Rights agrees that reliance on tanks and treaties is not enough. She says schools play a role in building peace. After ethnic clashes in Kyrgyzstan, she reports, school classes helped youngsters and their parents to regain a sense of normal day-to-day life, helping people to cope with trauma rather than just suppressing it.

Home
Print
Newsletter
More on this topic
Libya after the Parliamentary Elections: Precarious and UnstablePolitical Perspectives after the Massacre in Syria: Time for Plan BSyria and ''The Responsibility to Protect'': Weighing the ArgumentsNATO Options in Libya: A Moral and Military Dilemma
Related Topics
Arab Spring, Arabellion, Democracy and civil society, European Union (EU), Human rights, Libya after Gaddafi, United Nations (UN)
All Topics

A ceasefire has been in effect in Libya for the past year and a half. Yet after Russia's attack on Ukraine, another proxy war looms in Africa's most oil-rich country. Mirco ... END_OF_DOCUMENT_TOKEN_TO_BE_REPLACED

Libya's first-ever skate park opened at the end of May in downtown Tripoli to the delight of local youngsters. Built on a site once used by former dictator Muammar Gaddafi's ... END_OF_DOCUMENT_TOKEN_TO_BE_REPLACED

United Arab Emirates strongman Sheikh Mohammed bin Zayed al-Nahyan, who was formally elected president on 14 May, has led a realignment of the Middle East, creating a new anti- ... END_OF_DOCUMENT_TOKEN_TO_BE_REPLACED

Russia's ranking on the World Press Freedom Index has fallen again over the Kremlin's wartime censorship of the Ukraine conflict. From Myanmar to Mexico, journalists continue to ... END_OF_DOCUMENT_TOKEN_TO_BE_REPLACED
Author:
Peter Hauff
Date:
Mail:
Send via mail

END_OF_DOCUMENT_TOKEN_TO_BE_REPLACED
Social media
and networks
Subscribe to our
newsletter