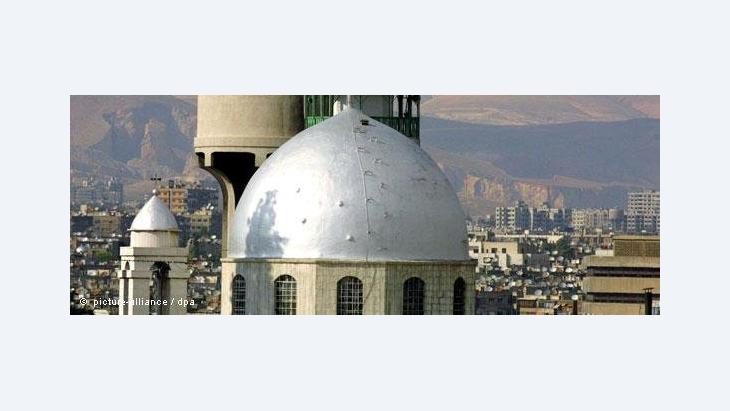 Syria: The Opposition and the Church
A Slap in the Face for the Pro-Democracy Movement

While church leaders pledge their support for the Assad regime, Christians in Syria are backing the protest movement for democratic change. The endorsement of the regime's propaganda slogans by the representatives of the churches puts them in an increasingly precarious position, as Claudia Mende reports

In their official statements the representatives of Syria's churches have, to date, announced that they support the regime of Bashar al-Assad. In interviews with the European media the bishops declared their sympathy for the government and expressed little understanding for the motives behind the protest movement.

Elias Tabe, the Syrian Catholic Bishop of Damascus, told the Italian news agency SIR: "What has been going on in Syria for weeks is a plot hatched by some external force; an attempt at clear neo-colonialism by Islamic fundamentalists, Wahhabis from Saudi Arabia, from Qatar."

Antoine Audo, the Syrian Catholic Bishop of Aleppo, spoke in a similar vein in an interview with the magazine of the English organization Aid to the Church in Need: "The fanatics [the protest movement – Ed.] speak about freedom and democracy for Syria, but this is not their goal. They want to divide the Arab countries, control them, seize oil and sell arms. They seek destabilization and Islamization. Syria must resist – will resist. 80 percent of the people are behind the government, as are all the Christians."

Tradition of tolerant coexistence in Syria 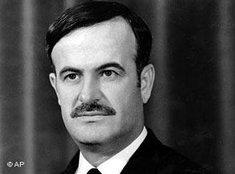 Authoritarian rule by inclusion: After Hafez al-Assad seized power in 1970, the Assads deliberately targeted the Christian minority in order to win their support

​​The churches' representatives do see the need for reform, but they fear the fall of the regime. Syria, with its secular constitution, has vouchsafed religious freedom of a kind that does not exist anywhere else in the Middle East. After Hafez al-Assad seized power in 1970, the Assads deliberately targeted the Christian minority in order to get them on side and win their support.

However, the tradition of tolerant coexistence in Syria is far older than the Ba'ath Party regime. Christians are fully integrated into the work and in business life of the country, and the regime has always ensured that there was no religious discrimination.

A study by the German Konrad Adenauer Stiftung on the situation of the Christian minority in Syria found that many of President Assad's high-ranking advisers were Christians. Some bishops have direct access to the president. "The Christian churches have been bought, and have allowed themselves to be bought," criticizes Otmar Oehring, a human rights expert with the Aachen-based Catholic aid organization Missio. "They're ignoring the fact that so many people are dying." 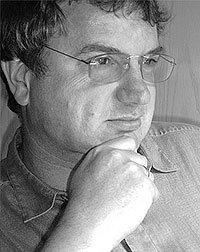 If there really is a regime change, says human rights expert Otmar Oehring, the churches' loyalty to the regime could become "extremely dangerous" for them

​​The churches are afraid that the tolerant Syrian model established by Assad will not endure. Many Syrians remember with anxiety the way that Iraq descended into civil war after the fall of Saddam Hussein.

This is why they persist in supporting the regime. They fear chaos, violence, and an end of the secular state that guarantees the rights of its minorities. This fear is being deliberately instrumentalized by the regime, which is constantly hammering home the idea that, if it falls, the country will be ruled instead by Salafis and radical Islamists.

Yet so far there is no one in the opposition who would demand the abolition of the secular constitution. "All the opposition groups are calling for a pluralist democracy," says the Syria expert Heiko Wimmen from the German Institute for International and Security Affairs in Berlin. "Whether all of them can be believed is another matter." By this Wimmen is referring not only to the Muslim Brotherhood, but also to some of the left-wing groups with no tradition of democracy.

Christians in the protest movement

It appears that not all Christians are following the leaders of their churches in their assessment of the situation. Although reports coming out of Syria have to be taken with a pinch of salt, Christians are definitely taking part in the popular protests, and in doing so are risking their lives alongside their Muslim fellow citizens. For them, the bishops' comments are a slap in the face.

According to the Syrian dissident and Internet activist Ahed al-Hendi, during the demonstrations in Daraa, Christians granted wounded Muslim demonstrators asylum in their churches. Al-Hendi was elected a member of the executive committee of the Syrian opposition at the recent conference in Antalya, Turkey; he lives in exile in the U.S. where he writes for the website www.cyberdissents.org. 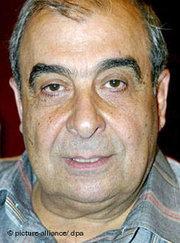 "The regime must go, and it must be replaced by a democratic Syria." Michel Kilo, a Syrian journalist and dissident from a Christian family, spent three years in jail as a political prisoner

​​Christians were also among the protestors in the central Syrian town of Homs. Some of them were killed. Al Jazeera broadcast pictures of Assyrian Christians who took part in anti-Assad protests in the Kurdish stronghold of Qamishli. Leading Syrian dissidents like the journalist Michel Kilo or the lawyer Anwar al-Bunni are from Christian families, just as Alavis such as Aref Dalila are visibly active in the opposition movement.

In the long term, the attitude of the church leaders is a very risky one. They are banking on the Assad regime staying in power despite growing unrest, and appear to have decided that they just have to 'ride it out'. The Oriental churches have a long tradition of loyalty to the ruling powers. In Egypt the Coptic patriarch Shenuda III continued to stand by Mubarak for days even as the demonstrators in Tahrir Square were calling for him to step down.

According to Otmar Oehring, by maintaining their position the Syrian churches risk calling down on themselves the wrath of the disadvantaged Sunni masses if the Baath regime does fall. Up until now, he says, there has been no anti-Christian agitation, but "if there really is a regime change" the churches' loyalty to the regime could become "extremely dangerous" for them.

However, just as Coptic intellectuals joined the protest movement in Egypt, the Syrian bishops' position is no longer uncontested. Dissidents who want to go down the path to becoming a modern civil society regard that position as obsolete. Ahed al-Hendi of the cyberdissents, himself a Christian, says: "Christians have always played a major role in Syria whenever political movements were created and parties founded. I don't think they can choose anything other than democracy and freedom."

Lebanon and Sri Lanka may be a world apart, but they share a history of political turmoil and violence that has led to the collapse of once-prosperous economies bedevilled by ... END_OF_DOCUMENT_TOKEN_TO_BE_REPLACED

With regard to gender justice, things look bleak in the Arab world. Laws typically discriminate against women, while national legislation all too often does not comply with the ... END_OF_DOCUMENT_TOKEN_TO_BE_REPLACED

When times are tough, the exchange of ideas and perspectives becomes especially important. It takes dialogue. And at Deutsche Welle, we need distributors and cooperative partners ... END_OF_DOCUMENT_TOKEN_TO_BE_REPLACED

As the Lebanese economy has collapsed, so has the country's health system. Many medicines have become scarce or unaffordable. Confronted with a failing state, the Lebanese are ... END_OF_DOCUMENT_TOKEN_TO_BE_REPLACED

Comments for this article: A Slap in the Face for the Pro-Democracy Movement

Position of the diffrent Churches from the Syrian revolution

Talking about Syria as there is one church is a misrepresentation of the reality. Indeed, in Syria there is around 13 Christian denominations. These can be generally divided into three main groups. The orthodox ones (Greek, Syriac, Assyrian and Armenians), The Catholic ones (Melkite, Syriac, Maronite, Chaldean and Armenians) and Protestants (there is a couple of them). Each of these churches has its own leadership. Indeed, the attitude of the Churches' leaders from the revolution is not uniform. While the Catholic churches supported the regime openly because of their fear of chaos, the orthodox churches showed somewhat explicit support to the demonstrators. I have no clear idea regarding the position of Protestant churches.
The Christian public attitude is still split. The extent of Christian public support to the revolution varies according the region. While it is relatively low in Aleppo and Damascus, this support reaches 80-90% in some areas, including Homs, Hama, Damascus suburbs and the west coast.
Finally, I would like to emphasize that , as mentioned in this article, in Christians' political views and attitudes in Syria there is complete separation between Church and State (from this point of view, there is clear difference between Egypt and Syria).

END_OF_DOCUMENT_TOKEN_TO_BE_REPLACED
Social media
and networks
Subscribe to our
newsletter